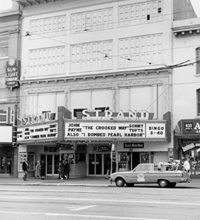 IT WAS RECENTLY REPORTED IN A NEWSPAPER ABOUT CITIES USE OF PLAZAS AND MAJOR STREETS. THE REPORT SAID THAT SAN FRANCISCO’S MARKET STREET IS HIGHLY UNDER UTILIZED. Hey, I could have told them that. No need to have a study
Read More » 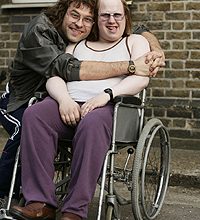 “Why would you ever want to leave? Anyone who goes on holiday abroad is a traitor! God, I love it here… The Sistine Chapel? British! The Pyramids of Egypt? British! The first moon walk? British! Yet none of those wonders
Read More » 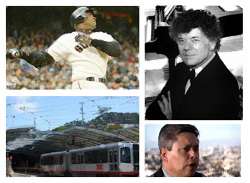 We are living in an era where front- page stories come and go so quickly that events like the Libby indictment and Hurricane Katrina appear to have occurred years, rather than months, ago. In response, we have burrowed deep into
Read More » 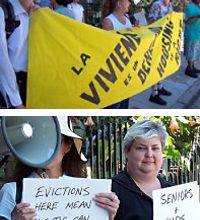 A group of Mission tenants staved off eviction this week, beating back an attempt to remove them from their homes with the Ellis Act. The residents of 2808-2818 Folsom Street include multiple seniors, several of them disabled, as well as
Read More » 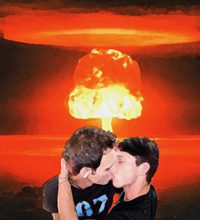 A gay ‘kiss-in’ on the UC Santa Cruz campus has been described by the Department of Defense as a “credible threat” of terrorism. It is but one of several instances of spying culled from Defense Department documents by Lisa Myers
Read More » 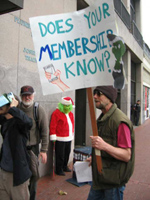 A group of Civic Center Hotel residents and housing activists rallied in front of the Plumber’s Union yesterday, calling on the union to kill its plan to demolish the 156-unit residential hotel. Protestors underscored the disparity between the holiday season
Read More » 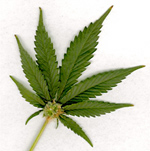 The Drug Enforcement Administration (DEA) raided the home of local pot-club owners Catherine and Steve Smith yesterday under the pretense of an anonymous tip it received two years ago. Although the DEA had a warrant for its investigation of the
Read More »

Zatoichi On The Road and Kill!, Tonight at The Balboa Theatre

Zatoichi On The Road and Kill!, will be shown tonight, and tommrow night at the Balboa Theatre in San Francisco. “Kill!, a non-gratuitously violent period piece was originally released in Japan as Kiru. Tatsuya Nakadai plays an ex-Samurai, forced to
Read More »