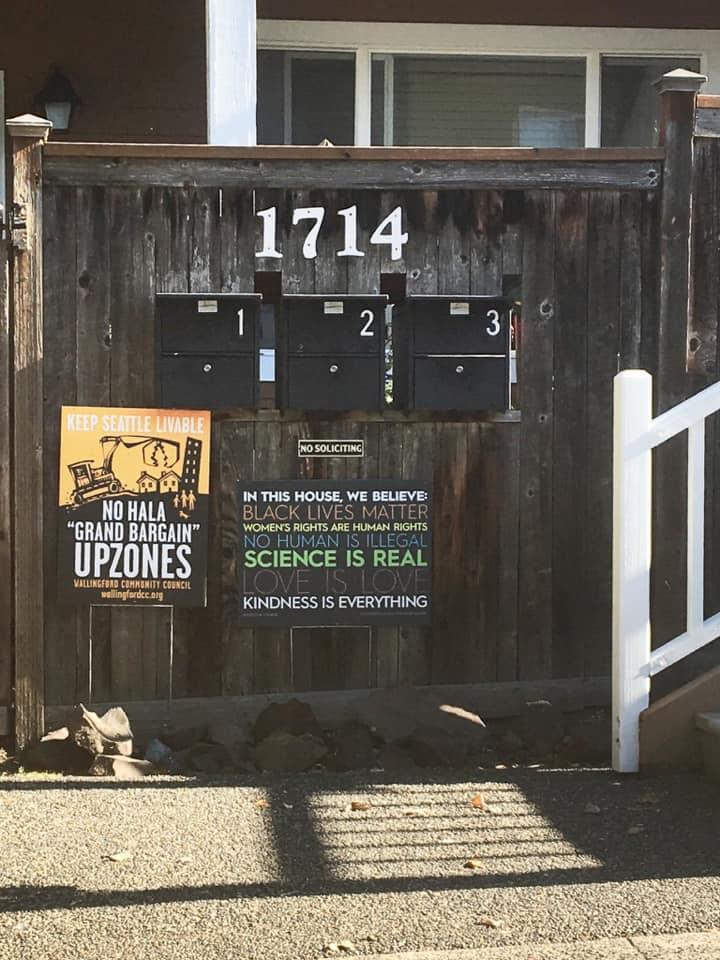 Black Lives Matter and Housing for All

“When you look at the source of that racial inequality, you almost always end up at housing discrimination, housing segregation. Which is to say you always end up at land use, at zoning.” –@jbouie,  Segregation Then and Now podcast

If you support Black Lives Matter, you must back housing for all.—@AyannaPressley, June 13, 2020

All of the “progressive” cities I write about in Generation Priced Out: Who Gets to Live in the New Urban America have held mass protests against police abuse against Black people. And all but Minneapolis and Portland have done this while maintaining exclusionary land use policies that restrict racial diversity.

Neighborhoods responded to federal civil rights laws by enacting apartment bans and other zoning restrictions. But “progressive” backers of such laws denied this sought to keep African Americans out of their neighborhoods; instead, it was about “preserving neighborhood character.”

That’s how “neighborhood character” became defined exclusively as the single-family home. And became the weapon for racial exclusion. Suddenly, desirable neighborhoods that long included apartments were said to be at risk from new multi-unit buildings.

To be clear, zoning is not the sole factor. The federal government’s abandonment of its 1949 commitment to provide safe and affordable housing for all Americans—which began in the 1970’s under Nixon and continues today— has disproportionately impacted African Americans.

But  “progressive” neighborhoods like San Francisco’s Bernal Heights and Haight-Ashbury, Los Angeles’ Westside, NYC’s SoHo and Park Slope, Oakland’s Rockridge and affluent “progressive” neighborhoods in Seattle, Portland, Denver, Austin and other cities all unite in banning new affordable apartment buildings. And when the zoning allows such projects, as my book discusses in New York City’s Nolita, “progressive” opposition to even affordable senior housing is fierce.

The combination of zoning bans and politically powerful neighborhood opposition to affordable housing ensures that few Black people will be moving to these “progressive” communities. And “progressive” politicians in “progressive” cities have been unwilling to change this.

Who Gets to Live in Cities?

It was reported last Friday that Los Angeles’ homelessness rose 14% prior to the onset of the pandemic.  African Americans are 8% of the city but 42% of its unhoused population.

Elise Buik, president and chief executive of United Way of Greater Los Angeles, connected this to the city’s exclusionary zoning practices. She told the NY Times,  “that she hoped that the outrage over racism translates into soul-searching by residents of wealthy, predominantly white neighborhoods who have often fought the construction of affordable homes and even market-rate apartments, which could relieve pressure.We need to call out that a lot of Nimbyism is racism,” she said.

Every member of the LA City Council and every state legislator representing Los Angeles opposed Senate Bill 50, which would have effectively ended exclusionary zoning in the city. As I wrote on February 11 ( “Stop Defending LA’s Anti-Housing Agenda”), “opposition to SB50 came from the same political forces that has brought Los Angeles the nation’s worst homelessness crisis, arguably the longest car commutes, and extreme housing affordability.”

Los Angeles politician and activists resent accusations of preserving  exclusionary zoning as a strategy for restricting African American housing options. But the racial impacts of maintaining the status quo are clear.

In Seattle, a gay African American democratic socialist lost a close race for council last November because “progressive” homeowners opposed his commitment to end exclusionary zoning. The winning candidate they supported even opposed bike lanes (the photo accompanying this article shows a common sign of progressive values next to one that opposes allowing apartments in single-family neighborhoods).

In Cambridge, “progressive” opponents of a citywide 100% Affordable Housing Overlay claimed the measure would wreck “neighborhood character.” They are all for affordable housing, of course, but just not by allowing the construction of the type of affordable housing that nonprofit groups can afford to build. And it’s not just Cambridge. Dorchester’s Beyazmin Jimenez, a Board member with Abundant Housing MA, wrote in the Boston Globe  how “our zoning laws amount to racial discrimination when only a select few — often white — are allowed to live in our most prosperous communities.”

Andy Bosselman recently described how Denver built its neighborhoods around racist zoning and yet “neighborhood defenders” fight any change that would increase racial diversity. He quotes a councilmember that “Just because I value single-family zoning doesn’t make me a racist.” It’s a very common “progressive” refrain.

In Berkeley, two councilmembers very protective of exclusionary zoning—Hahn and Harrison—have been vocal supporters of Black Lives Matter. Yet Hahn’s district has few African Americans and the same is true for other neighborhoods in what has become a very segregated city.

I could go on citing specific cities but have already written a book on how exclusionary zoning undermines the values “progressive” cities claim to espouse. The challenge now is seizing on the current moment to shift urban housing policies from exclusion to inclusion.

Are the Times Changing?

The current movement for racial justice is not ending with police abuse. African Americans and Latinx are disproportionately suffering from COVID19 due to living in overcrowded housing units. As noted, homelessness among non-whites is off the charts. And exclusionary zoning’s racist origins will not withstand attacks for long.

George Floyd’s murder is still too fresh to spark major policy fights over urban zoning. And the timing—summer has arrived, state and local legislature’s are focusing on budgets and police reforms—may not be most conducive to immediate action on land use reform.

But pro-housing activists must make exclusionary zoning an issue in November elections. And ending this racist and elitist policy must be a top priority for 2022.

If you think that exclusionary zoning has become too politically strong to change, look around you. These Confederate general statues now falling down also seemed politically off limits. So did the naming of forts after these racist traitors.

We are in a new time of new political possibilities. If progressives believe housing is a human right, how can they continue blocking apartments in affluent neighborhoods?

Randy Shaw is also author of The Activist’s Handbook: Winning Social Change in the 21st Century