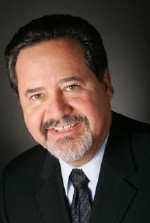 Superintendent Carlos Garcia’s September 18 memo, delivered triumphantly to school administrators by ardent JROTC supporter Margaret Chiu, Assistant Superintendent for high schools, is one of those dirty little secrets that strip the facade from an institution, revealing the true moral and political bankruptcy at its core.

In this instance, the San Francisco school district’s utter obeisance to the Pentagon is writ large for all to see. Garcia’s memo restores the Junior Reserve Officers’ Training Corps (JROTC), one of the Pentagon’s favorite military recruitment programs, as an independent fiefdom within the district, answerable to no one except its military masters. Garcia effectively guts the “Independent Study” Physical Education (PE) program for JROTC cadets, crafted by district administrators over the summer, and hands over to JROTC’s military-appointed functionaries the ability to grant PE credit willy-nilly just like in the bad old days.

Despite all of the rhetoric about JROTC and “leadership development,” the district has now demonstrated its complete lack of anything even resembling leadership, washing its hand of any meaningful oversight of JROTC when confronted by the Pentagon’s demands for raw recruits. Perhaps this was inevitable. How can a mere Carlos Garcia be expected to stand up to the Pentagon when even the Change We Can Believe In President Barack Obama does not seem to know how to react to the demands of General Stanley McChrystal and his imperial cohorts for more troops in Afghanistan?

For those who may have missed the battle royale over the last several years, JROTC is a Pentagon-run program that historically captures well over 10% of the students at the seven San Francisco high schools in which it is ensconced. These are mostly 14 and 15 year-olds, freshmen and sophomores largely recruited on the basis of getting out of physical education, known to us all as PE.

Of course, the Pentagon is to education what fool’s gold is to the real thing. JROTC really is “one of the best recruiting devices we could have,” in the infamous words of former Defense Secretary and Pentagon boss William Cohen, who served under President Bill Clinton.

As to JROTC being a real alternative to physical education, the renowned sports writer Dave Zirin explains it well. “The historic mission of PE, dating back to the nineteenth century and the instituting of public school athletic leagues, is to promote teamwork, fellowship, and healthy habits that will last a lifetime. To put it mildly, there are few things less healthy than war.”

The struggle to remove JROTC and the military from our schools stretches back into the early 1990s, a struggle which reached white-hot levels in the last three years, after the school board voted in 2006 to phase out the program. That resolution set off years of confrontation, involving mobilization after mobilization of JROTC supporters, fueled by hundreds of thousands of dollars of downtown corporate money, and fanned by the propaganda and Big Lies of their ever-subservient media — arrayed against the program’s opponents, who command intense moral and political indignation, but precious few material resources.

THE POLITICS OF JROTC AND PE

When the school board finally restored JROTC on a close and hard-fought 4-3 vote last May, that bare majority knew that their work was not done. Without PE credit, JROTC is a dinosaur without prey, doomed to extinction. PE credit had become very problematic, due to recent state legislation beefing up physical education requirements. When the district withdrew PE credit for JROTC in 2008, in reaction to the changes in state law, JROTC enrollment plummeted to its lowest levels in decades.

Fearing legal problems if they simply granted PE credit, the pro-JROTC school board majority mandated the development of a hybrid PE program for JROTC cadets, an “independent study” program designed to wiggle around state law on the subject. Over the summer, the district slammed together this new PE program. There was no consultation with PE teachers, much less the larger school community, other than JROTC instructors and some administrators. The program as constructed certainly has its weaknesses, but the core of the attempt to make it pass legal muster was the institution of “supervising teachers” who were to meet individually with cadets enrolling in the program, and with their parents or guardians, to draft an individual “independent study” curriculum and plan. These “supervising teachers” are distinct from the JROTC instructors, who are not trained or certified PE instructors, and obviously have their own axe to grind.

The district deadline for enrollment in classes was Friday, September 18. But by then, according to most accounts, few JROTC cadets and parent/guardians had actually met with their “supervising teachers,” much less drawn up a genuine curriculum plan. Cadets, as in the past, were recruited to JROTC as the result of a pitch by JROTC instructors that they would get PE credit, but the bar to implementing this program as the regulations and the law require was simply too high.

So comes September 18, four weeks after school had begun. The district is faced with a choice. One choice would be to abide by the regulations, based on state law. That means that few JROTC cadets would get “Independent Study” PE credit. The JROTC program would be thrown into crisis. It would also mean standing up to the Pentagon.

The other choice was to jettison the regulations, state law, and any sense of responsibility to genuine physical education.

You don’t have to guess what choice the Superintendent made.

On September 18, Garcia unilaterally changed the terms of engagement, as follows:

1- JROTC cadets can participate in “Independent Study” PE immediately, even if they and their parent/guardians have not yet met with their “supervising teachers” to draw up a curriculum plan.

2- Cadets and their parent/guardians can “meet” with their JROTC instructor instead of their “supervising teacher.”

3- The JROTC instructors and/or the “supervising teachers” can conduct “group meetings” or “phone conferences” instead of individual meetings mandated by the regulations.

4- The deadline for conducting these “meetings” is pushed back to October 23 — nine weeks after school has started.

In other words, the fox has been put in charge of the hen house.

Additionally, it appears that JROTC cadets who have been doing nothing for four weeks can still enroll in the PE program. Apparently cadets can enroll as late as October 23, and do nothing for nine weeks. How these cadets are going to make up the required 200 minutes of PE that they miss each week is a mystery.

The question is, does anybody in the district even care? There are already too many issues, too many battles, too much controversy. The district just passed the A-G program, mandating that all graduates must meet the requirements for admission to California’s state colleges. In this era of massive and growing austerity, that program also threatens to descend into farce. (Next stop there, the Curriculum and Program Committee meeting on Monday, October 5.) Then there are the perennial battles over school assignment, which after decades of legal and political warfare, have left San Francisco among the most segregated school districts in the nation. Who can deal with it all? Why not just hand 10% of our high school kids over to the Pentagon and let the masters of war take them off our hands?

You would think that the teachers union, the United Educators of San Francisco (UESF) might weigh in on the side of physical education and PE teachers. Well, think again. UESF President Dennis Kelly is a not-so-closeted supporter of JROTC and whatever the Pentagon wants. The organized opposition within the union, the Educators for a Democratic Union, has taken a principled stand against JROTC, but whether or not they have the ability to take up this fight is an open question.

In other words, things don’t look so good for opponents of JROTC, or for supporters of genuine physical education.

But, then, think on this. The school board vote to restore JROTC was as close as it gets, 4-3. The vote to set up “Independent Study” PE was also 4-3. And even then it took one man, Carlos Garcia, to rescue JROTC from possible oblivion on September 18. And, finally, whether or not the new, improved “Independent Study” PE program will stand up to legal scrutiny is a question not yet resolved.

That’s closer than one might think. That’s why the corporate media has been so, so silent about JROTC ever since the program was restored at the end of the last school year, instead of riling up the opposition with clarion calls of victory.

After all, last November, the day after the election, we all woke up thinking that long-time JROTC supporter Jill Wynns had lost her seat on the school board, that JROTC opponent Bobbi Lopez had been elected, and that we had a 4-3 majority in opposition to JROTC. A few days later, as the absentee vote got counted, Wynns ended up replacing Lopez in the win column — Wynns’ lead being a mere 5,000 votes citywide. So close, and yet so far.

Next November there is another school board election. Will Lopez run again, and replace Hydra Mendoza, Mayor Gavin Newsom’s best buddy on the board and a solid pro-JROTC vote? Will Kim-Shree Maufas and Jane Kim, both part of the anti-JROTC minority, run again and win? Who else will run? Already, campaign consultant and political hotshot Johnny Wang, who ran the pro-JROTC campaign last November, is making noise and looking for customers.

The enrollment numbers for JROTC this year are not yet in, or at least not yet public. How many cadets are there this year? Have any significant number of students been scared away because of all the controversy and uncertainty?

Can the local anti-war movement step up to the plate in a big way, as it should, and bring to bear its not inconsiderable moral authority over the school district in this bastion of anti-war activity? There are anti-war mobilizations coming up in San Francisco on both October 7 and October 17. Will the movement take some time at these mobilizations, so focused on decisions in Washington, to look to its own backyard?

The anti-JROTC movement has been reorganizing itself for the fight ahead under the banner of a coalition called Military Out of Our Schools. Can this coalition successfully lead this movement in the next period of time?