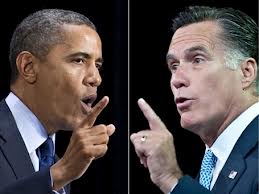 Hours after the Oakland A’s brought joy to the San Francisco Bay Area by sweeping the Texas Rangers and winning their division (the Rangers President Nolan Ryan is an avid Republican), President Obama could have added to the region’s happiness with a solid debate performance. He fell short. But his weak performance did not alter the fundamentals of the race. Romney needed a knockout blow to revive his chances, and did nothing to alter the contours of the election. To the contrary, Romney doubled down on his “Five Point” economic plan despite its lack of specifics, and even publicly announced that he would pull the funding for Big Bird (and all of PBS). Obama was strongest in distinguishing the Bill Clinton and George W. Bush job creation records, pounding home the message that the nation has tried Romney economic policies and they failed.

I know many political junkies love these debates, but the Obama- Romney contest has gone on for so long that even their best lines have become tired. Both Obama and Romney performed according to expectations, with the President appearing a bit less passionate and the Republican more manic than usual. Many Obama backers were dismayed by his “professorial” performance, forgetting that this is how he operated as President during his first three years.

But the hand-wringing by some Democrats over the President’s lack of killer instinct should not obscure the larger message: Romney has yet to recover from his selection of Paul Ryan and the resulting shift of the campaign’s top issue from Obama’s jobs record to the GOP’s proposal to turn Medicare into a voucher program. To hit this point, Obama repeated his story about his grandmother’s belief in Medicare, refuting Romney’s claim that those receiving such government benefits are somehow not “entitled” to do so.

Romney is widely known as a flip-flopper, but seems deeply committed to replacing Medicare with vouchers. And while he denied this would impact those over sixty years of age, Obama forced him to admit that those currently 55 or less would be affected—-adding this group to the seniors who have fled Romney-Ryan over this issue.

While progressives bemoaned the Obama Administration’s lack of aggressiveness on Wall Street oversight and foreclosures, last night’s debate found Romney urging the repeal of Dodd-Frank and even less government regulation. It gave Obama the chance to ask the audience if it thought the economic crisis was caused by too much oversight of banks—with few undecided voters likely to agree with Romney’s stance.

ObamaCare had its moments, with both men citing conversations with regular Americans to support their points. At this stage of the race, undecided voters have made up their minds on this issue and nothing new will be said to change their loyalities.

Romney spent considerable time arguing that Obama had a “my way or the highway” approach instead of practicing the bipartisanship used by Ronald Reagan. Yet is it credible to accuse Obama of being overly partisan when the main criticism of him among Democrats is his over willingness to negotiate with unreasonable Republicans?

Obama pointed out that voters should wonder why Romney refuses to provide specifics for most of his plans, but was not combative. It appears that his advisors wanted him to appear “presidential,” which meant that he avoided the sharp sarcasm he now regularly directs at Romney at campaign rallies.

It should be seen as incredible that a debate on domestic issues ignored immigration entirely, but that is par for the course in such mainstream forums.

Overall, it’s hard to imagine undecided voters moving to Romney after watching this debate. Or those currently with Obama switching to the Republican.

And that ultimately is why Obama won the debate and is headed to victory.