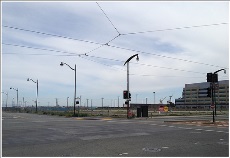 The new Warriors site has made everybody happy. It also takes away the driving issue that critics of Mayor Ed Lee hoped to use against him in 2015.

Until the April 21 announcement that the Warriors were moving their new arena to the former Salesforce site in Mission Bay, those hoping to defeat San Francisco Mayor Ed Lee in the November 2015 election believed in the following scenario: parlay a Prop B victory in June with the defeat of a Warriors waterfront arena in November into a broad grassroots base that would mobilize to take down the mayor in November 2015.

Putting aside the unlikelihood of waterfront issues downing a mayor whose leadership has helped create more private sector jobs in San Francisco than in 47 of the 50 states, the Warriors arena is now a non-issue. So is waterfront development.

Art Agnos hopes to stay in the limelight by battling the Giants project near AT &T Park, but that’s not really on the waterfront and lacks the drama of the former Warriors plan. The Warriors waterfront arena gave Agnos his long sought return to the public spotlight, but he now lacks a similarly high-profile issue to keep him there

The wealthy backers of the anti-waterfront development campaign can return to their prior disengagement with the city’s public life. They can take pride in effectively using their money to protect their views and real estate investment.

But before we leave the waterfront development wars, it’s worth asking: what exactly did this “victory” achieve?

The battle against waterfront development was never akin to saving a pristine old growth forest from lumber companies. Or saving a beautiful bay from industrial waste.

To the contrary, the defeat of 8 Washington preserved a private tennis club on the waterfront. The shifting of the Warriors arena leaves a parking lot instead of a hotel across the street from the site, and a rundown cement surface along the water used for Delancey Street Christmas Tree sales.

Waterfront development opponents did not expand public access. Nor did they create new affordable housing or do anything to reduce income inequality. True, 8 Washington’s defeat reduced the number of rich people living in the city, but it also eliminated the middle-class residents who would have resided in the project’s inclusionary units.

The bill for fixing the decrepit piers 30 and 32 will one day become due. Future San Francisco political leaders will ask why the city didn’t have the Warriors pick up the tab (as they were willing to do) instead of sticking the bill to taxpayers. The Warriors must be thrilled to be off the hook for the expensive pier repairs, whose price steadily escalated after the team committed to the site.

While his critics just say no, Mayor Lee is moving to build 30,000 housing units and save the city’s public housing. And now he won’t have to spend political capital on a waterfront Warriors site, while still being able to claim victory in his effort to bring the team back to its prior San Francisco home.

So while anti-development activists cheer the Warriors new site, they won a small battle but lost the war. Their effort to use waterfront development to mount a broader attack on the mayor has been derailed, and they have lost the chance to run the next mayor’s race on the waterfront.