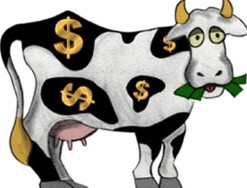 “Only in San Francisco” is an over-used phrase – but in this case, it’s all too relevant. In no other part of the state must candidates raise thousands of dollars to win a seat on the Democratic County Central Committee (DCCC) – a job that pays nothing, and whose real mission is to build the Democratic Party at the local level. With the election tomorrow, the last Ethics Commission filings show an out-of-control system where special interests give money to DCCC campaigns where there are no contribution limits. Beyond Chron has reported how candidates for Supervisor exploit the DCCC loophole, but the bigger story here is that donors who may have business in front of the City weigh in – as if they were directly lobbying City officials. And with State Senator Leland Yee running for Mayor in 2011, his campaign committee is almost completely funding some DCCC candidates.

When I lived in Alameda County, the only drama in DCCC races was to make sure that enough Democratic Party activists filed to run – so that the Lyndon LaRouche crazies didn’t win by default. In San Francisco, candidates have been fundraising for months – and the final tallies are obscene. The six wealthiest candidates have collectively raised over $280,000. They are Scott Wiener at $78,000, David Chiu at $45,000, Aaron Peskin at $42,310, Debra Walker at $40,000, Mike Sullivan at $38,100, and Rafael Mandelman at $37,000. And unlike in races for Supervisor – where the maximum legal donation is $500 – there are no limits in DCCC races, which has led to some enormous checks.

Who is giving money to DCCC candidates? Not surprisingly, as they do for every local election, landlords and real estate interests are playing a role. In the past two months alone, five groups – Plan C, BOMA, the San Francisco Apartment Association, Small Property Owners, the SF Real Estate Action Board and the Association of Realtors – have given nearly $40,000 to candidates whom they view as political allies, in varying amounts.

Plan C gave $450 to Linda Richardson, Catherine Stefani and Leslie Katz; $900 to Keith Baraka; $1,100 to Mike Sullivan and Alex Volberding; $1,800 to Scott Wiener; $2,200 to Mary Jung and $3,300 to Matt Tuchow. All five real estate groups contributed to roughly the same candidates, and their list is similar to the candidates Chuck Nevius endorsed in his recent column in the Chronicle. In a way, it’s similar to what the Tenants Union does when supporting DCCC candidates (although landlords and real estate groups have more money.) The DCCC will make endorsements for Supervisor, and these groups want to help elect members who will support the same Supervisor candidates they support.

But in the last reporting period, we have started to see donors who are not exactly giving for ideological reasons. Why, for example, did Mission Yogurt Inc. – a Colorado-based company – give out $1000 checks to the DCCC campaigns of John Avalos, David Chiu, David Campos and Aaron Peskin? Three of these candidates are current Supervisors – and according to forms at the Ethics Commission, Mission Yogurt has retained lobbying services for City Hall. Are we now seeing interested parties use the DCCC campaigns as an end-run?

Other such donors have more obvious interests in local government. Tom Rocca and his company, Seven Hills Properties, are real estate developers – and his contributions in the past have been at issue. Rocca and Seven Hills gave $1,500 to both David Campos and David Chiu.

The owner of the old Mission Armory – Armory Community Center LLC – gave $1,000 to Peskin, $500 to Avalos and $500 to Debra Walker’s DCCC campaign (who’s running for District 6 Supervisor, which includes the Armory.) Sony Pictures gave $2000 to Chiu, and Pinnacle Properties – who had earlier given to Walker and Rafael Mandelman – gave to Campos and Peskin.

Why are they giving to progressives – knowing that moderate, “pro-business” candidates are far more likely to support their interests? Simple. The progressives are in power, and are likely to keep control of the DCCC. Business interests tend to be very pragmatic, and “hedge their bets” by contributing to the party in power – regardless of ideology. If you have land use business in front of City Hall, it makes sense to give to the progressive DCCC candidates.

Meanwhile, other political ambitions are at stake in the DCCC elections. As I reported last week, State Senator Leland Yee is running for Mayor – and has two of his aides running for DCCC. Melissa Apuya is a staffer in his field office, and is an East Side candidate. Larry Yee is the Senator’s proxy on the DCCC, and is a West Side candidate. Leland is funding both, because he knows that a supportive DCCC will be more likely to endorse him next year.

Larry Yee has only raised $3,784 as of the fundraising deadline – but the State Senator’s campaign committee has contributed half of that money. Apuya has reported $19,810 – which makes her one of the Top 10 DCCC fundraisers. But a whopping $19,410 of that money comes from the “Leland Yee for Senate” campaign. Granted, it’s far from unusual for politicians to financially help their aides when they run for office. But when there are no contribution limits in races for DCCC, we see the huge donations like this.

This is why we desperately need to reform DCCC elections.