Arne Duncan Has Labeled Every School in Washington a Failure. Cue the Revolt. 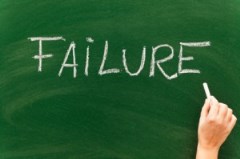 The ultimate absurdity of the No Child Left Behind Act (NCLB) has been visited upon my home state of Washington.

One of the many outlandish propositions of NCLB was that 100 percent of students at all schools in the United States would be fully proficient in reading and math, as registered by student test scores, by 2014—all without adding the resources needed to support our children. Because no state has been able to achieve 100 percent proficiency, nearly all of the states have already received a federal waiver from NCLB—on the condition that they implement policies that reduce teaching and learning to a test score.

Now, because our State Legislators did not move to mandate that standardized test scores be attached to teacher evaluations, Washington has become the first state in the country to lose its waiver from the many requirements of the No Child Left Behind act. The U.S. Department of Education posted a letter about the status of Washington’s waiver on Thursday April 24th. The loss of this waiver means that every parent in the state should expect a letter informing them that their child attends a failing school. It also means that that school districts will lose control of how they spend a portion of the federal funding they receive—some $40 million statewide. As well, any number of schools could be forced into state takeover and made to replace most of the staff.

And so the absolute farce of federal education reform policy marches on, again without input from educators or parents, in an effort to destabilize the public schools, label them as failing, and then open up space for privatized charter schools.

This time they have gone too far.

My school is not a failure. Garfield High School, where I teach, is home to one of the best jazz bands in the country. I dare you not to shake your booty when you hear the Garfield drumline, the premiere percussionists of the Northwest. If Arne Duncan had been there to see Garfield’s drama department’s production of West Side Story this year, he would have been too busy humming “Maria” to withdraw the waiver. And I really wish Duncan could have been in my classroom to see my students research and reenact the Montgomery Bus Boycott–during the time of the schools’ MAP test boycott last year–to see how learning in the service of solving societal problems is coming alive at Garfield.

More than this, none of our schools are failures. The failure is on the part of politicians and their corporate sponsors who have slashed education budgets across the country, and then overused test scores to blame educators for the nation’s problems.

Labeling us all as failures will only create solidarity among all the teachers, parents, and students across the state in a struggle to stop Arne Duncan’s mad testing machine. We at Garfield High School learned the power solidarity in our victorious MAP test boycott last year. If you think the struggle to “scrap the MAP” was impressive, imagine the size and scope of a struggle that unites every school in the state to honor our hardworking educators and students, rather than testing and punishing.

Now is the time to build the largest grassroots civil rights movement to defend our schools that our state has ever seen. Who will join me?