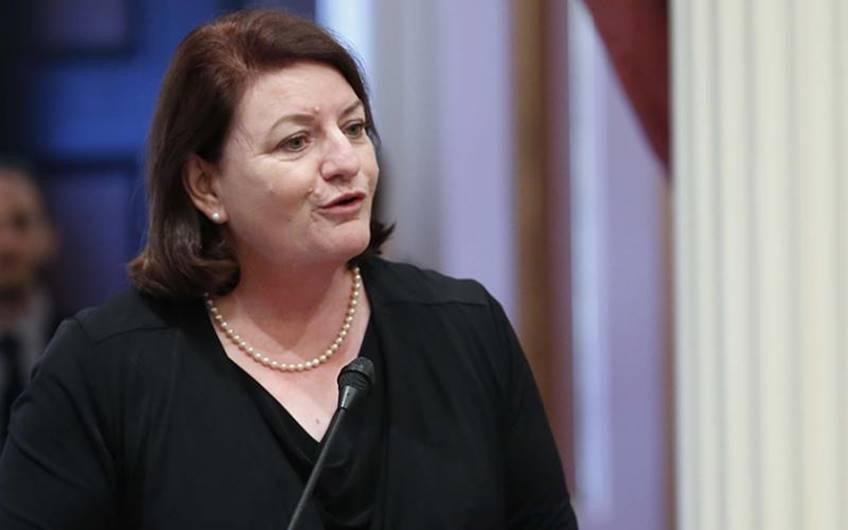 Last week’s shelving of SB50, the More HOMES Act, reminds us why California has the nation’s worst homelessness and housing affordability crisis. And that the housing emergency has intensified while  California Democrats hold all state offices and super majorities in the State Legislature.

Democratic political leaders have failed the state. And low-income, working and middle-class Californians are paying the price.

On May 16, State Senate leader Toni Atkins sent SB50 to an Appropriations committee whose chair, Senator Anthony Portantino, strongly opposed the bill. The fiscal impacts of SB50 were tiny. It was not essential for that committee to even hear the bill. But Atkins wanted Portantino to table it, denying  a floor vote.

In response to public uproar, Atkins defended her action by saying, “short of significantly amending the bill and limiting its applications in large swaths of the state, there was no path toward moving the bill forward this year.” Yet sponsor Scott Wiener thought he had the votes on the Senate floor. And Governor Newsom, who expressed his disappointment over Atkins action,  was apparently not even consulted by Atkins despite vowing to build 3.5 million new housing units during his governor’s campaign (not to defend Newsom’s disengagement from the legislative process, a custom he was criticized for as San Francisco’s mayor but which was not expected to follow him to Sacramento).

I was shocked by Atkins’ action because I thought  Newsom had brought a new housing agenda to Sacramento that she and the Democratic leadership backed. But I then realized that with Senator Toni Atkins controlling SB50, its killing was no surprise ( I say “killing” while realizing Atkins retains the power to reverse her decision. YIMBY Democrats of San Diego are holding a rally tonight to convince her to do just that. But absent a reversal, SB50 has no chance of passing in the 2020 election year).

In 2014, I worked with former San Francisco Mayor Ed Lee, then State Senator Mark Leno, and a huge coalition including tenant groups, tech leaders and housing advocates for a bill stopping speculator evictions under the state Ellis Act.

The Ellis Act has been wreaking havoc in San Francisco. Speculators buy properties and the following day file papers saying they are “going out of the rental housing business” by invoking the Ellis Act. As I describe in Generation Priced Out: Who Gets to Live in the New Urban America, Ellis Act evictions target  longterm tenants whose rents are well below market. These are primarily seniors and people of color who are unable to afford alternative housing in high-priced San Francisco.

My book describes how attorneys from the Tenderloin Housing Clinic and powerful tenant resistance have stopped many Ellis evictions. But tens of thousands of San Francisco tenants live in fear whenever there building goes up for sale that an Ellis eviction could follow.

Mark Leno cared deeply about the bill, which initially required a five year holding period before owners could invoke Ellis  He moved heaven and earth to win a Senate floor vote. It then moved to the Assembly, where “progressive” Toni Atkins was Speaker. Jeff Buckley, senior housing advisor to Mayor Lee, recalls Atkins telling Mayor Lee she would make sure it got through the Assembly.

But just as she secretly betrayed the coalition backing SB 50, Atkins did no such thing. She let two Southern California Democrats (Cheryl Brown and Sharon Quirk-Silva) kill the bill in committee.

As with SB50, Atkins’ fingerprints were not on the killing of Ellis reform. But she dictated the outcome.

In the case of SB50, Atkins clearly put her members’ needs ahead of addressing the state’s housing crisis. She derailed the bill to avoid a floor vote that would force members to choose between siding with luxury homeowners’ and boosting the new housing the state desperately needs.

Most importantly to Atkins, her killing of SB50 insulated fellow Democrats from losing any campaign donations. Senator Portantino was already an outspoken opponent of SB50. But most Senators were not on record. Atkins’ action enables senators to still gather donations from the bill’s supporters and opponents, as they can tell each side they would have voted with them.

That’s how Atkins defines “leadership.” It’s not about prioritizing the state’s needs, it’s about serving your fellow politicians.

I know that Senate leader Atkins orchestrated the tabling of SB50 from my experience in state politics.

In 1997 I led a statewide campaign to reinstate the California Renter’s Tax Credit. We got the signed endorsements of a majority in the Senate and Assembly. That should have brought victory, right?

Well, that’s when I was told how Sacramento works. It didn’t matter that we had lined up a majority—all that counted was that the Democratic Senate and Assembly leadership did not see reinstating the Renter’s credit as a top priority. Antonio Villaraigosa was second in control in the Assembly (he became Speaker in 1998). He was among those who signed a letter in support of reinstatement. But he told me point blank he had higher priorities.

Only one variable changed: San Francisco’s John Burton became the Senate leader in 1998. And Burton saw reinstating the Renter’s Tax Credit as a top priority (I alsoo worked with Burton to enact the only major revisions to the Ellis Act since it passed. And he didn’t allow these changes to be killed by any committee).

John Burton has been the only Democratic Legislative leader over the past two decades who has truly prioritized housing affordability and tenant protections.  Burton showed me firsthand how leadership dictates almost every legislative outcome in Sacramento. And it certainly lay behind the killing of Ellis Act reform by Atkins in 2014.

I have previously called Burton a “hero of our time.” After the past week I feel we need to build a monument to Burton as the only top Democratic leader in Sacramento in the 21st century who put action on the  state’s housing affordability crisis first.

Atkins is not the only California Democratic leader who stymies housing affordability without their actions showing up on their voting records. Governor Brown was great at this.

California went from 2011-2018 without significantly increasing state funding to meet a growing homelessness and housing crisis. Think that contributed to the worsening crisis?

Brown  and his fellow Democratic leaders did not simply do nothing. They actually blocked legislation (like the later passed real estate document fee for affordable housing) designed to address skyrocketing rents and homeless encampments. This only changed in 2017 when a coalition of big city mayors forced Brown and the legislature to pass several housing bills, to address the crisis.

Brown’s genius became clear to me last fall when a reporter contacted me for a story on Brown’s two-term legacy. She was surprised when I told her of Brown’s abysmal housing record as she had arrived in Sacramento in 2017, the year he signed over a dozen bills. I did not see a single story on Brown’s legacy that blamed him for showing no leadership to address California’s housing and homelessness crisis as it significantly worsened during his 2011-2018 tenure.

Gavin Newsom has already been criticized more for not ensuring SB50’s passage than Brown was blamed for eight years of housing inaction. That’s because Newsom campaigned on a platform to build 3.5 million new units, and is now seen as having no plan to make this happen (which is why I felt he would make sure a version of SB50 passed—Newsom has no legislation of his own to create more units). Meanwhile, because Brown offered no program to address the housing crisis the media and many activists did not treat him as having failed.

Atkins and her fellow leaders have also stopped state legislation to expand tenant protections. Ellis reform was again defeated by Democratic legislators in 2015. California’s Democratic leadership is content to have thousands of rental units removed from the housing market while denying new rental housing under SB50.

The Ellis Act passed in 1986 under a Democratic-controlled legislature.

Costa-Hawkins, made possible by the support of Berkeley’s Democratic Senator Nick Petris, is treated like the Bible by Sacramento’s Democratic leadership. Any bill to even marginally address Costa-Hawkins (like Richard Bloom’s AB36 this year) is quickly tabled.

Will Atkins and her fellow Democratic leaders allow passage of statewide just cause eviction and anti-rent gouging legislation (AB 1481 and 1482)? Their opposition to past tenant legislation does not give me confidence.

On the same day Atkins killed the only bill that could dramatically increase housing production in California,  further evidence of the California Democratic Party’s failed legislative leadership made headlines. It was reported that since 2017 homelessness had skyrocketed across the Bay Area (rising 43% in Alameda County, 42% in San Jose,  31% in Santa Clara County and 17% in SF.

Obviously, Republican policies at the federal level over the past five decades are chiefly to blame for the homelessness crisis.  When 75% of households eligible for federal housing subsidies do not receive any, homelessness is often the result.

But for the past two decades California’s Democratic legislative leadership did not invest anywhere near the necessary resources to address homelessness.Legislative leaders never publicly challenged Jerry Brown’s refusal to spend; they never rallied the public against a Governor lacking sympathy toward the ill-housed.

Our California Democratic political leaders stick together. Even when that means that Democratic-voting constituencies are priced out of cities, endure long commutes, and pay far too much for housing.

California’s Democratic legislative leaders do not share the public’s urgency toward action on the housing crisis. But until a leader is politically challenged for this inaction, the state’s housing crisis will  worsen.

Randy Shaw is Editor of Beyond Chron and author of Generation Priced Out: Who Gets to Live in the New Urban America