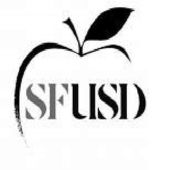 A community effort headed by the San Francisco Youth Commission and Coleman Advocates is rallying the community to defend recommendations to direct Prop H funds towards site-based violence prevention measures that target the direct causes of violence and language services for non-English speaking families.

The plans call for $50,000 to be granted to every public middle and high school in the San Francisco Unified School District (SFUSD). Each school site would have the opportunity to decide how to best use the funds to fit their needs, and could cover a wide range of problems. The proposal calls for an increase in the amount spent on translation services by 133 percent, with the expectation that the SFUSD could communicate far better with all of its families. Currently, the SFUSD’s translation department is confined to Chinese and Spanish.

In addition, the Committee’s recommendations call for ten math and reading coaches.

Superintendent Gwen Chan, however, is countering with her own funding priorities. Chan’s proposal calls for $750,000 for twenty new math and reading coaches (the original recommendation by the Proposition H Committee called for an increase of ten such coaches), $1 million for new classroom computers, and $600,000 for a District-wide computer system for tracking student achievement and thus, neglecting to acknowledge the growing presence of violence and danger in our schools.

While created with good intentions, opponents of the Superintendent’s proposal state that the issue is about accessibility. The argument is that many students, who face violence on a day-to-day basis, are in effect unable to take advantages of the school system because they are pre-occupied in class or don’t even attend schools out of fear. “Violence is such a huge part of student’s lives,” says Youth Commission chair Iqra Anjum. “It keeps them from getting or continuing their education.”

The student achievement tracking system is seen by many as an exceedingly large sum of money to go towards something that does not directly help students’ daily lives or education. That aspect of the proposal is not believed to be pressured strongly by the SFUSD’s administration.

While addressing in-class needs, several activists are saying that while the computers and coaches are very much needed, the needs are not as urgent for the students. Citing the fact that the amount of money available through Proposition H increases each year, many feel the Superintendent’s proposals could wait a year or two.

Some are opposed to each middle and high school receiving the prevention funds on the basis that not every school has an equal level of violence. However, the flexibility of the funds allows for schools to protect their children from an array of problems. Bullying, hazing, hate crimes, and the enduring incidents of sexual assault and harassment are all covered by the funds; every school site has more than enough violence to be dealt with.

In addition, the ongoing truancy crisis—which costs the SFUSD millions of dollars every year—is in part a safety issues. The district looses considerable amounts of money every time as student skips school, and may students cite personal dangers for why they don’t always attend.

Many also feel the need to adequately support translation services as key. The Committee’s proposal would significantly allow the number of languages covered by the SFUSD to expand, even covering less used languages. In addition, oral translators would be available to support parents at school campuses when needed. “The school district is not in compliance with state or federal language laws,” says Bobby Lopez of La Boz, a non-profit organization which organizes Latinos in the Tenderloin.

The recommendations were made by the Proposition H Community Advisory Committee. Proposition H was passes by San Francisco voters, which requires the City government—which a separate entity from the SFUSD—to grant large sums of money to the schools. One third of the fund must go towards universal preschool; another third must be dedicated towards arts, libraries, physical education, and music programs. The final third is entirely discretionary, and can be used to fill any voids within the SFUSD. The Community Advisory Committee is charged with making recommendations for the final third of those funds.

This will be a test for the new School Board, as this will be its first opportunity to make good on its promises in the face of its first public outcry. Jane Kim and Kim-Shree Maufas, who both ran campaigns which focused on respecting and adhering to community voices, helped build the first-ever progressive majority on the San Francisco School Board.

This is also one of the first proposals initiated by Superintendent Chan which is garnering strong opposition. While many of the opponents of her plan are trying to avoid making this about Chan, some insiders have said if the vote does not go her way, she could choose to not get in the race for being the SFUSD’s permanent Superintendent.

“It’s scary,” says Youth Commissioner Christen Revelo, who fears that the school district is not prioritizing opening education for all of its students. “There’s no need for books if students can’t even attend school; we have to make sure our children are safe before we can educate them.”

Concerned community members are encouraged to attend tonight’s School Board meeting at 555 Franklin St. Call the youth Commission at (415)554-6446 for more information.

Peter Lauterborn is a youth and education issues advocate in San Francisco. Contact him at plauterborn@gmail.com.