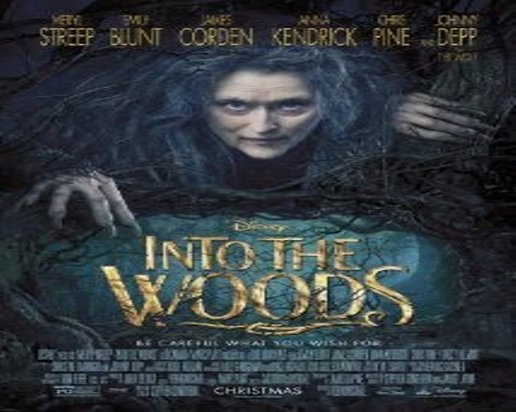 I THOUGHT THE MOVIE MIGHT BE CHEAP LOOKING. WRONG! IT’S FANTASTIC. THIS STORY TELLING ABOUT FAIRY TALES ABOUT JACK AND THE BEANSTALK, CINDERELLA AND RAPUNZEL WILL LIVE FOREVER. THEY COLLIDE – BUT THEY WILL HAVE HAPPY ENDINGS.

Some people may think that the musical on a great big screen would put you to sleep, but what we found is magic. Of course you must be careful – Black Birds might peck out some of your eyes. Hey, it’s just good fun. Children also love it.

The music is from “Agony”. It is really fun to watch the Witch (Meryl Streep.) Cinderella’s Prince (Chris Pine), and the other Prince (Billy Magnussen) – pretty much sing the same songs over and over. I Love it – and will never forget “TheWoods!”

And talk about the scenery — the sets and scenery is the best I’ve seen on the screen in years. And the colors? – “WOW!” The movie is very emotional. Do we think that Streep will again get an Award this year? Of course – she will. And don’t forget that Sondheim made some of the film. One of the funniest is Christine Baranski, the wicked Stepmother. Watch – the Stepmothers all together, they are just hilarious. The words and music are totally unique and uplifting.

Witch’s are all over the place – hiding in the bushes. Ms Streep does a great job with her singing but does try to get the birds off of her.

This is a great catch in the Woods – especially the black humor, great acting – and two very handsome Prince’s. Some people may not like musicals. I love them. What do you expect? Act like a Kid again. Run for life. We did get to see Johnny Depp hiding in the bushes. Couldn’t see much – but what we saw was extremely energetic. And Scary!

Someone in the audience couldn’t wait to leave. The man sitting said – “It was two hours of torture.” Really? – I found it to be a great movie, along with the costumes – the songs the movie is perfect.  “I Love It’ – but then of course…”I’m a Little Mad!” 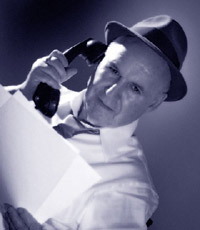