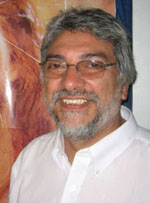 While George W. Bush and the neocons remain obsessed with Iraq, a series of historic progressive election victories have spread throughout South America. This past weekend, prospects for change even came to Paraguay, whose conservative ruling party had governed for the past 62 years. Paraguay joins Brazil, Argentina, Peru, Uruguay, Chile, Venezuela, Bolivia and Ecuador in electing progressive leadership. Colombia, heavily-funded by the U.S. to combat “narco-terrorism,” is the only nation that has resisted a more progressive course. The Bush Administration’s lack of interest in South America has not only reduced the CIA’s role in subverting democracy there, but it has also meant that our traditional media has not pressured Barack Obama to denounce Hugo Chavez and others leaders as “threats” to our nation. This gives a President Obama the perfect opportunity to build positive working relationships with these progressive leaders in 2009.