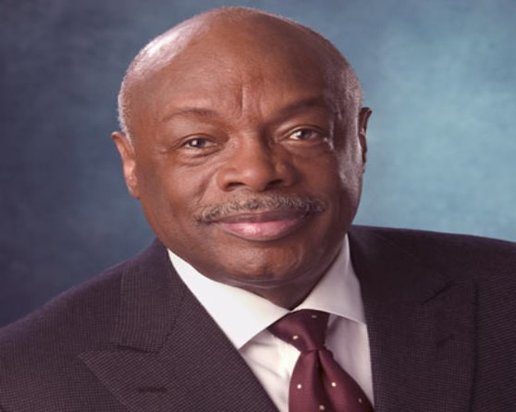 The legendary Willie Brown is coming to the Tenderloin on Monday, March 7 from 12-1pm for the Tenderloin Museum’s inaugural Lunch Time Speaker Series. It is an event you will not want to miss.

Brown’s long history in San Francisco’s Tenderloin goes back to the 1960’s, when he was elected to the State Assembly and served on the Board of Glide Church. I had my own memorable experience with Brown in the Tenderloin when he ran for mayor of San Francisco in 1995.

I was supporting Brown’s candidacy, and suggested he visit the Jefferson Hotel at 440 Eddy Street. My organization, the Tenderloin Housing Clinic, was using the Jefferson as part of our modified payment program whereby we got permanent housing in SRO’s for the formerly homeless.

Before meeting Brown, I assumed that the longtime Speaker of the Assembly would have no interest in coming down to a neighborhood whose residents did not give campaign donations and voted in low numbers. But he jumped on the offer to visit the Jefferson and said he’d love to attend.

I soon learned why.

I met Brown a block from the Jefferson and we began walking down Eddy to the hotel. As soon as he got out of his car, people on the street approached him.

You would think Brown was a movie star. I have never even seen anything like it before or since. I have never witnessed Brown in the Tenderloin in my prior fifteen years in the neighborhood so could not understood out how so many people on the street knew him— and how he seemed to know many of them!

I asked Brown about this and I thought he was joking when he said that he’d “represented half the Tenderloin” in his criminal defense practice. He ended up walking down Eddy with an entourage.

When we got to the Jefferson there were more tenants in the lobby than any tenants meeting ever held at the hotel. It was as if every resident in the 111 room SRO wanted to see Willie Brown up close.

Willie delighted in bantering with the Jefferson tenants. Mayoral candidates pack multiple events into each night, but Brown was in no rush to leave the Jefferson. For all the talk about Brown only liking to hob nob with the elite, here we were at the Jefferson with no media or cellphone cameras to record the experience and Brown would have stayed for hours if his aides did not finally succeed in pulling him away.

I saw then how Willie Brown felt right at home in the Tenderloin.  Like his longtime friend Herb Caen, Brown saw beyond the neighborhood’s problems to recognize that San Francisco was a better city for having a Tenderloin neighborhood.

Willie Brown won that mayor’s race and the one that followed. He has been San Francisco’s most interesting politician for over fifty years. I’ll be interviewing him for the event, whose $20 admission fee supports the museum. He will be taking questions.

Bring your lunch. The Tenderloin Museum is at 398 Eddy St. at Leavenworth. If you have not yet visited,  the event is a great chance to see the exhibits and hear one of the great raconteurs of San Francisco history.

Willie Brown talking Tenderloin. It doesn’t get better than that.

Randy Shaw is Editor of Beyond Chron and the author of The Tenderloin: Sex, Crime and Resistance in the Heart of San Francisco.