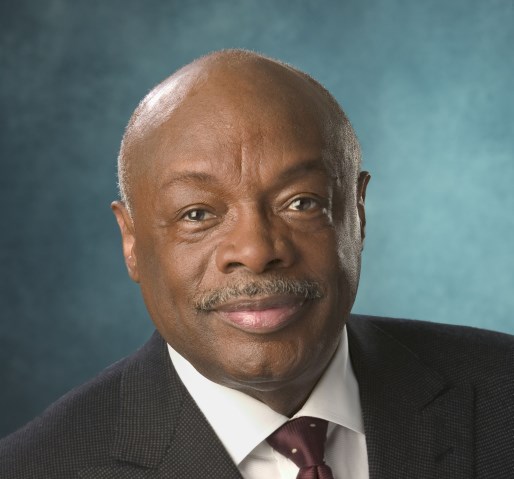 Today is the filing deadline for San Francisco’s June mayoral election. And the four top candidates have a key fact in common: all had their political careers launched or boosted by Willie  Lewis Brown, Jr.

This should not come as a surprise. Willie Brown has influenced the selection of San Francisco mayors since 1975.  He has shaped mayoral races to an extent unrivaled by any single person in the modern history of urban America.

The 2018 election is further proof.

Brown is so close to London Breed that a reporter tweeted (I think jokingly) last week that Brown is acting as her campaign manager. Brown launched Mark Leno’s political career by appointing him to the Board of Supervisors (Brown also appointed Gavin Newsom to the Board and put Ed Lee in a position to be selected Acting Mayor).

Brown launched City Attorney Dennis Herrera’s public career when he appointed him to the SF Transportation Commission, and later to the Police Commission. Brown was also among the very few establishment supporters of Jane Kim when she first ran for supervisor in 2010.

How did an African-American born in 1934 who attended a segregated high school in the Jim Crow era in Mineola, Texas end up having such tremendous influence over a major American city? Influence that has lasted over fifty years?

That’s not a typo. With one brief exception, Willie Brown has had significant influence in every San Francisco mayoral administration since George Moscone’s election in 1975. The only time Brown was on the outs was during the Frank Jordan years (1992-95). And Brown responded to that by using Jordan’s former campaign manager  to defeat the incumbent and win the mayor’s office for himself in 1995.

We’re not talking about a political machine where one person or family member remains as mayor for decades (the Daley family ran Chicago first with Richard J Daley as mayor from 1955-1976 and then his son Richard M. Daley from 1989-2011). Or like Boston’s legendary Mayor Curley (whose influence spanned 1914-1950)

The “Brown machine” is run and comprises one person, Willie Brown. He has influenced San Francisco politics since being elected to the Assembly in 1964. While Brown’s  career was promoted by the great Phil Burton and prior to Burton’s 1983 death  many described a Brown- Burton “machine.”  But it has been a Willie Brown one-man machine for some time.

Compared to Willie Brown, the Daley’s and Curley were short-timers.

What Makes Brown So Influential?

Willie Brown arouses strong reactions. When Brown was Assembly Speaker (1980-1995) the Republican Party used mailings with Brown’s photo in Assembly races across the state to win swing votes. The GOP figured that associating a Central Valley Democrat with a well- dressed African-American from San Francisco was a great election strategy. Brown was the most politically influential African-American in California history and many were not comfortable with that.

If you only got your news from the Bay Guardian you would have expected Brown to be easily  defeated in his 1999 re-election campaign against Tom Ammiano. Yet the supposedly widely unpopular Brown won by over 19%. The mayor who some progressives accused of only caring about the rich won the support of virtually every labor union in the city—including the staunchly progressive UNITE HERE Local 2 and SEIU’s largest local.

How has Brown, who in March turns 84, retained such political influence? I see three main factors.

First, Brown knows how to build and keep relationships.

Second, Brown does not allow his personal ideology to cloud his understanding of political reality.

Third, for Brown’s entire career he has been the most charismatic San Francisco politician. Nobody else comes close.

I first saw Willie Brown in person when he was delivering the closing speech to Art Agnos for Mayor volunteers on the Saturday before the November 1987 mayoral election.

I had been among a small group of fervent Agnos supporters who had gotten on board when few gave him a chance against the establishment-backed Jack Molinari. Agnos, through his field director Larry Tramutola, went on to build a giant grassroots field campaign of hundreds of volunteers. This campaign was unified in opposition to the pro-downtown and pro-landlord policies of departing Mayor Feinstein.

We saw Willie Brown as backing these policies. He seemed the wrong choice to give a closing speech defining the Agnos campaign. We asked Art about it and he said wherever he goes people asked him where Willie Brown was in the mayor’s race. He saw Willie giving the climatic campaign speech as an emphatic way to show that Brown backed him (Art got 48% of the vote in November and 70% in the runoff so clearly knew what he was doing).

So with a packed crowd in Art’s Mission Street campaign headquarters waiting to hear from a politician we saw as part of the problem, Willie Brown comes out. He then gave one of the greatest speeches I have ever heard. I wish YouTube and been around so people could still watch it.

The genius of the speech was that anyone hearing it would have thought that Willie Brown was in the vanguard of those battling against Feinstein policies for the past eight years. Brown gave a powerful indictment of where the city had gone, why that direction was wrong, and why we needed to do everything in our power to ensure a victory for Art Agnos’s new vision for San Francisco.

Brown got the crowd fired up and ready to go like nobody else. He accomplished exactly what the Agnos campaign team hoped.

I thought of that speech when I heard Brown at Ed Lee’s memorial. He has an ability to capture the moment better than anyone. Brown also gave the most stirring address at Rose Pak’s memorial in 2016 which could not have been easy given their longtime and deep friendship.

Political influence is typically driven by money or promised ground troops. But Willie Brown is not wealthy. The only corporation he heads is the nonprofit Willie L. Brown, Jr. Institute on Politics and Public Service. Nor does Brown have an army of volunteers to walk precincts for candidates he supports.

Brown’s ongoing clout is instead a function of his remarkable political skills. Politicians want him on their side. Agree with his politics or not, the success of Willie Lewis Brown, Jr. is an example that everyone interested in politics should study.

Brown has made his share of bad political choices and some of his political predictions prove wrong. But his Sunday San Francisco Chronicle column is widely read and talked about because people always want to hear his thoughts.

Brown’s understanding of what San Francisco voters want has been unparalleled for over fifty years. And in his 84th year he is not slowing down.

Randy Shaw is Editor of Beyond Chron. He discusses Brown’s connection to the Tenderloin in, The Tenderloin: Sex, Crime and Resistance in the Heart of San Francisco