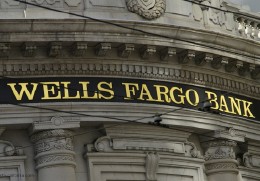 Wells Fargo is poised to sell half of the rent-controlled housing in East Palo Alto, CA, and the potential buyers are raising more than a few eyebrows. The properties were previously owned by Page Mill Properties, a predatory investment group headed by David Taran, until Wells Fargo foreclosed on the portfolio in 2010. Page Mill’s business plan was to purge EPA of most of the city’s rent-controlled tenants. The question now is whether Wells Faro will hand the portfolio over to another predatory investor that plans to finish what Page Mill started, or whether the portfolio will at long last land in responsible hands. Unfortunately, the former scenario is looking more likely, but this story is not over yet. It is time for anyone who cares about rent control to weigh in on the fate of East Palo Alto.

Sharon Simonson of The Registry broke the news on July 21 that Wells Fargo had identified three finalists for possible purchase of the Page Mill Portfolio. Tenant groups reacted quickly to the news, warning Wells Fargo not to turn the property over to predatory investors and urging that the community be part of the selection of the new ownership.

Tenants have three major complaints about how Wells Fargo is handling this process. First, Wells Fargo has failed to involve the community in selecting the final potential buyers. Second, Wells Fargo intends to violate the community’s repeated calls for the portfolio to be broken up, not sold to a single investor. Third, Wells Fargo’s short-list reportedly includes some of the worst predatory investors around.

Wells Fargo will not disclose who is on the short list, but media reports identify AREA Property Partners and Equity Residential as two of three finalists. Either would spell disaster for East Palo Alto and its residents.

AREA Property Partners was founded in 1993 as Apollo Real Estate Advisors. Apollo is among the most notorious predatory equity investors. Apollo was the equity partner in the acquisition of thousands of rent-controlled units in New York City as part of plans to displace rent-regulated tenants.

As spelled out in an excellent report by the Association for Neighborhood and Housing Development, Apollo’s deals involved acquiring buildings at prices reflecting Gross Rent Multipliers more than double the industry standard, making clear that they had no intention of honoring tenants’ rights to remain in their homes under local rent-regulations. The report notes as examples the acquisition of Savoy Park in Harlem and Broadway Portfolio in Washington Heights.

Apollo’s strategy has been well covered in the New York Times. Here are relevant excerpts from an August 26, 2008 article:

In March 2006, for example, Apollo and its partners paid $175 million for Delano Village, a seven-building apartment complex in Harlem that was built in the 1950s as middle-income housing by the Axelrod family, which held onto it for nearly five decades.

The new owners told their lenders they would vastly increase the rental income, even though all of the 1,802 apartments were subject to New York’s strict rent-stabilization program. And the banks went along. …

At Savoy Park, for example, the building’s annual net cash flow was only $4.3 million at the end of last year, yet the loans were underwritten for an ultimate cash flow of $19.1, million, according to Realpoint. Executives at Apollo and its main partner, Vantage Properties, declined to comment. …

A real estate professional who is familiar with the Savoy Park deal but was not authorized to speak about it publicly said the new owners had projected an annual “natural attrition” of 10 percent as tenants relocated for business or personal reasons. …

Frank J. Anelante Jr.. the chief executive of Lemle & Wolff, which owns and manages 7,000 apartments in Upper Manhattan and the Bronx, said turnover in his units was closer to 2 percent. “I have been in this business since 1977,” Mr. Anelante said, “and I have never seen these huge turnover numbers that a lot of these properties seem to have used.”

…when Apollo and Vantage bought eight apartment buildings in Washington Heights with a total of 455 units, they said they planned to empty as many as 30 percent of the apartments within a year and 10 percent a year thereafter, according to S.E.C. documents.

If Wells Fargo turns EPA over to Apollo, now known as AREA, tenants will be in for the fight of their lives.

Equity Residential is a real estate investment trust headed by Sam Zell. Zell is reviled by California renters with good reason. The billionaire real estate mogul has funded lawsuits and ballot measures to gut rent control across the state.

Proposition 98, on the June 2008 ballot, would have repealed rent control ordinances across California. Zell through his company was one of the largest donors to the campaign to pass the measure.

“The rent-control fight is not a new one for Zell. Zell’s company has filed several lawsuits against cities across California in efforts to repeal local rent-control ordinances. The company settled a suit with the city of Santa Cruz; the settlement allows the company to increase rents after existing tenants move out.

The company has also been engaged in an ongoing battle with the city of San Rafael in federal court and has been sued by tenants’ rights groups in Marin in response to the company’s efforts to raise rents.

Zell has made a name for himself purchasing what are considered to be undervalued or distressed properties, and seeking changes in laws and regulations to increase their value. A 1995 New York Times article on Zell, who once tried to acquire Rockefeller Center, described him and his late partner as “classic ‘vulture’ investors…”

It seems impossible to reconcile Wells Fargo’s stated commitment to work with the community with any serious consideration of selling half of East Palo Alto to such a well known “vulture investor” with a track record of attacking rent control.

Wells Fargo has a short window of time in which to involve the residents of EPA in this decision in a meaningful way or else face a public relations nightmare. To urge Wells Fargo to do the right thing, please start by signing our online petition today.