Will March 3 Voters Back Housing ? 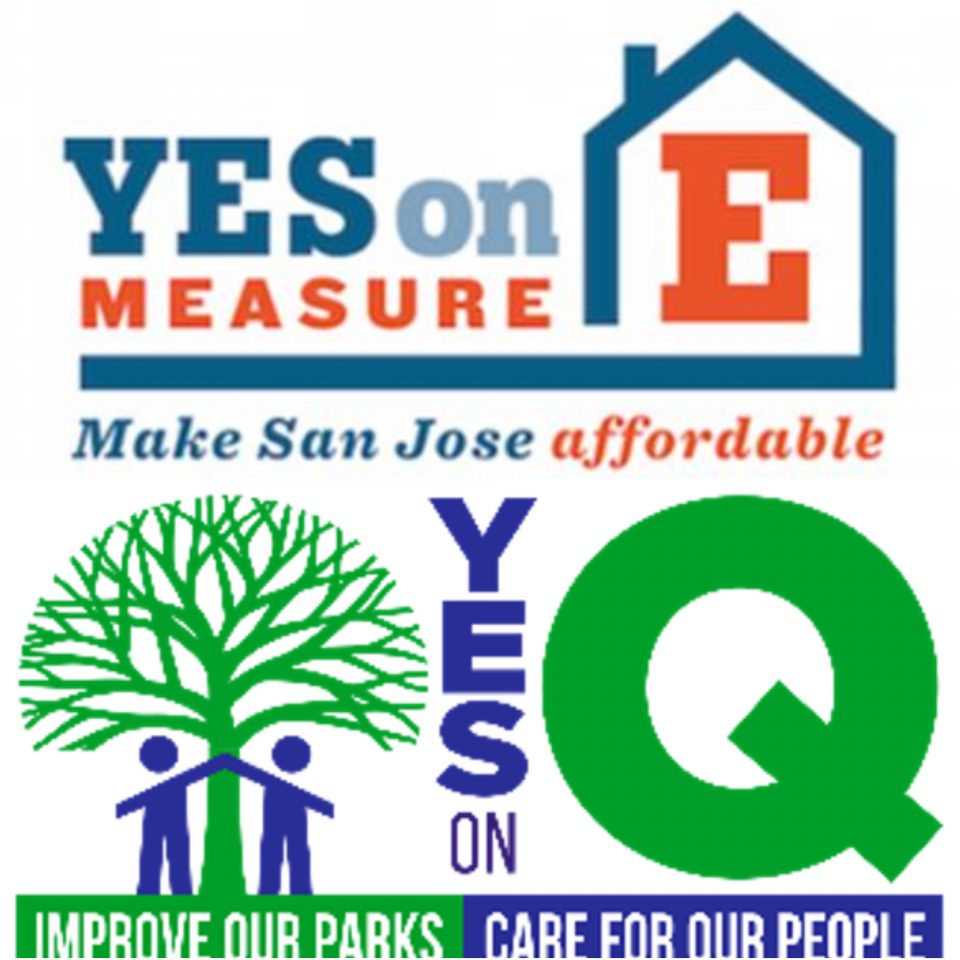 There are three big local elections involving housing on March 3. Oakland’s Measure Q (a parcel tax to fund parks and homeless services) San Jose’s Measure E (raises the real estate transfer tax on properties over $2 million) and Newton, Massachusetts Northland Project (a referendum on a large affordable housing development approved by the city council). The first two will tell us whether progressive cities can garner a 2/3 vote to address homelessness; Newton voters will send a national message about suburbia’s willingness to build affordable housing.

When I first heard about Oakland’s Measure Q  it seemed like a sure winner. The measure raises $21 million annually for parks and homeless services through a parcel tax. Oakland voters have to recognize the need for this funding (the city’s homeless crisis is quite visible) and I assumed would easily provide  the required 2/3 vote.

But the National Association of Realtors and big landlords have a different vision for Oakland. They have spent over $100,000 on at least five mail  pieces to defeat the measure. Big Real Estate apparently sees improved parks and fewer unhoused people as  a bad thing, a truly bizarre assessment.  But I know from experience that when well funded mail opposes a measure needing a 2/3 vote, it can turn victory into defeat.

Brooke Levin, campaign Co-Chair (also my cousin) noted,  “Measure Q is a grassroots effort to improve Oakland’s parks, water quality and provide steady funding for homeless services.  This community effort is under attack from a National Super PAC and corporate landlords. The Yes on Q team has  endorsements from a wide range of interests, Sierra Club, League of Women Voters of Oakland, Outdoor Afro, Oakland Tenants Union and the Oakland Metropolitan Chamber of Commerce.  Oaklanders should decide what’s good for Oakland!”

What the National Realtors are so up in arms about is the parcel tax. But its cost is a mere pittance. As Oakland City Councilmember Dan Kalb aptly put it, Measure Q will cost owners the price of one large coffee a week.

Measure Q’s passage would be guaranteed if California did not have a 2/3 vote requirement for funding affordable housing and homeless services. It’s disappointing that the Democratic-dominated state legislature has not reduced the requirement to a simple majority. If Measure Q gets over 55% but less than 66/7% it needs to be the springboard for changing state law.

It’s tough to  overcome five mail pieces but their poor quality and the lack of any actual grassroots opposition to Measure Q is encouraging. If the young people voting in the presidential race also vote on  Measure Q it should narrowly win. Oakland desperately needs Prop Q so be sure to remind your Oakland family and friends to vote for it.

Like many cities, San Jose residents realize that increased federal help is not coming and that they have to respond locally to the worsening housing and homelessness crisis. Measure E is a politically smart response to the crisis.

Fortunately, the national realtors group pouring money into defeating Oakland’s Measure Q has not done the same in San Jose. One reason could be that Oakland’s parcel tax affects a far greater group of property owners than San Jose’s transfer tax, which only impacts 2% of  transactions. Plus the passage of Measure E still leaves San Jose with the lowest transfer tax in the area.

As a result of the overwhelming support and the lack of well funded opposition, I see Measure E winning.

Why should we care about a housing referendum in the upscale suburb of Newton, Massachusetts (population of roughly 88,000)? Read on.

Last December, the Newton City Council approved an 800-unit apartment project (140 affordable) on a large abandoned site. Like Cupertino’s vacant Vallco mall that is proposed for a 50% affordable housing development,  Newton’s Northland project is a perfect place for development. But just as Cupertino’s city council prefers a dead shopping mall to housing, Newton residents associated with RightSize Newton gathered signatures to subject the housing to a  referendum. The vote happens March 3.

It’s a vote with national implications. A victory for housing leads Newton to become a model for other suburban cities that need to build more affordable housing. Massachusetts is currently trying to pass a Housing Choice bill to allow housing rezonings with a majority rather than supermajority vote, and a victory in Newton lends momentum to the cause. In contrast, a defeat for the project would set similar efforts back across the state and encourage housing opponents nationally.

Here are the basic facts via Patch: In December, the city council rezoned a 1.1 million square-foot lot to allow 800 units of apartments, including 140 affordable. There would also be a park, 750 new trees, 180,000 square feet of offices, businesses and restaurants. A shuttle would to link the area to public transit.

It would be hard to come up with a more thoughtful development. First proposed in 2016, the plan has  been subjected to the extensive scrutiny critics of new housing often demand.

But like many affluent suburbs outside major cities across the nation, Newton includes residents who do not want affordable units in their community (i.e. homes for lower-income people).  RightSized Newton talks about increased traffic and a supposedly rushed process, both standard talking points by housing opponents in high-housing cost cities. .

Allison Sharma, of Yes For Newton’s Future which backs the housing, told Patch “The vote on March 3rd is a referendum on the future of our city and its progressive values.The Northland project embraces Newton’s values by providing affordable housing to working people and older adults, creating open space, and setting the highest standard for environmental sustainability.” Check out the group’s website Yes For Newton’s Future for a view of the proposed development.

Newton voters have an historic opportunity to send a national message about support for affordable housing. If Newton says yes, Brookline and other affluent suburban cities outside major urban areas will be encouraged to follow suit. A defeat for the project will send a far more discouraging message, reaffirming the worst stereotypes toward suburban attitudes toward affordable homes.

Cambridge, an increasingly affluent city bordering Boston, has its own housing battles that I write about in Generation Priced Out. But Cambridge is now on track to pass a citywide Affordable Housing Overlay, so a Newton election victory would add to the trend toward cities addressing the housing crisis.

Based on my investigation of the campaigns, I predict Newton voters will do the right thing. I’ll be tweeting about the outcome on election night (@beyondchron).