Will the Mayor and Board Follow Youth Commission’s Recommendations on Undocumented Juvenile Offenders? 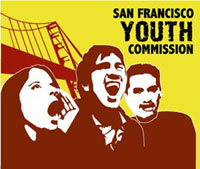 Our Constitution is the living and breathing document that we, as a nation, hold as the cornerstone of our republic and as our proudest export. The right to due process has defined us as have our safeguards against the exploitation of our most vulnerable persons-the treatment of the minority by the majority. What becomes of our great democracy when we normalize the deprivation of happiness or liberty without the right to due process? In the Bush era, we have seen the demise of our constitution in the most open and unabashed way-secret detention centers and torture are now a part of our accepted legal landscape. We have allowed for a double standard to exist-the belief that citizens and non-citizens have a separate set of rights.

Since the San Francisco Chronicle’s tirade against immigrant youth in the juvenile system began a few months ago, in the form of over twenty-six articles demonizing and young offenders, often victims themselves and trafficked in by adults to sell drugs or their bodies, our city policy on Sanctuary City has drastically shifted into something out of a Bush/Cheney playbook. We deport youth at the booking stage which means that the children don’t have either the opportunity to defend themselves against accusations nor the legal right to see if the may qualify for some existing legalization program. Such actions come as no surprise seeing that the Mayor hired Kevin Ryan, a former Bush appointee who now serves as Newsom’s Director of the Mayor’s Office of Criminal Justice and Deputy Chief of Staff. He is credited as the mastermind behind the hugely consequential attacks on Sanctuary City.

While our politicians may not have the political will to challenge the current climate and policy decisions, our young people do. Yesterday at the Youth Commission, sixteen young commissioners (out of seventeen) had the courage to take a stand against these attacks and made several recommendations-one being the right to due process for young undocumented offenders in the juvenile system. As they stated, “the Youth Commission recommends that the Mayor and the Board of Supervisors urge Juvenile Probation Department to adopt a policy where consideration of referral of suspected undocumented youth to ICE occurs only after both the youth’s felony petition has been sustained.”

It amazes me how a group of youth and young adults from all sectors of San Francisco, a multitude of different ethnicities and backgrounds could almost unanimously agree on this-something us adults have not found common ground on. Our most sacred ideal is that all persons in this country, and especially our most vulnerable, our children, have the right to due process. The resolution does not roll back the deportation process-but it encourages the Board and Mayor to put into place safeguards against present and future abuses. It is inspiring to see that our youngest legislators have kept alive the spirit of our constitution in spite of the xenophobic culture that has gripped our so-called liberal city. These are exactly the times that test our constitutional will in the face of political might. The question is will the rest of City Hall fall in line behind our youth …