Will the Coronavirus Help End Homelessness? 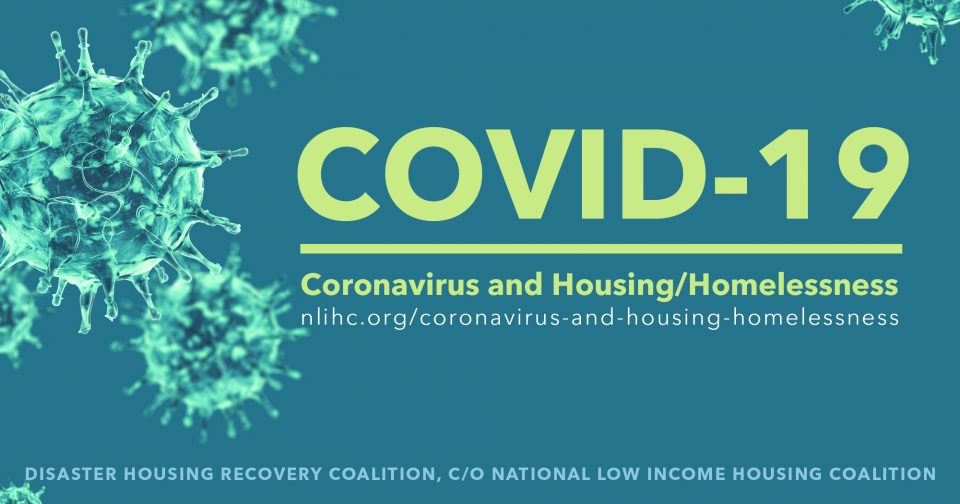 Few thought it would take a pandemic to get the United States to finally end its homelessness crisis.  Yet there has been more talk in recent weeks about getting people out of encampments and large shelters  than ever before. The Republican Senate was backing over &17 billion in new homelessness prevention and affordable housing funds, a remarkable shift in its position. And Speaker Pelosi and House Democrats are backing over $130 billion ($100 billion of which is in rental assistance)!

Has the coronavirus finally awakened the United States to the health emergency of homelessness?

In the past, natural disasters have not permanently increased resources for homelessness. San Francisco’s 1989 earthquake is the exception. It shifted city homeless policy to a “Housing First” approach, ending the notorious “hotline hotel” program. But the quake did not impact ongoing federal and state funding for the city’s homeless problem (See “How THC Restored SROs to Permanent Housing,”)

The response to the coronavirus may prove different for two reasons.

First, a worsening pandemic among the unhoused threatens the health of the rich and middle-class. Politicians will increase homelessness funding because its in their self-interest and that of their funders (a point Frederick Engels made in his 1872 essay, “How the Bourgeoisie Solves the Housing Question”).

Second, the past year has seen the emergence of a much more powerful coalition backing federal funding for housing. Associated with the National Low Income Housing Coalition (NLIHC) spawned Our Homes, Our Votes coalition, over 1000 groups have made the affordable housing crisis a top tier issue with Democratic presidential candidates and at the federal level overall. These groups, along with the National Alliance to End Homelessness and other coalitions, are mobilizing to secure homelessness and affordable housing funding from the stimulus package (here is email link to contact congress)

Generation Priced Out argues that the working and middle-class affordability crisis has also increased advocacy and support for low- income housing. The potential new billions in the coronavirus stimulus package further confirms this.

Ending homelessness requires billions of dollars  because cities lack sufficient supply. None of the high-housing cost cities I write about in my book can end homelessness through an expanded Section 8 program alone. To the contrary, new construction is essential.

This point is often misunderstood.

People read about vacant hotels during the coronavirus and tweet how this proves units have always been available for the unhoused but were simply not being used. As if tourist hotels like the 414 room W Hotel (a Marriott) that closed for the pandemic are interested in permanently converting to  homeless housing. Even  the “Class B and C” hotels along Lombard Street in San Francisco and in other cities are not interested in permanently shifting to housing the unhoused; they see their housing of homeless people awaiting coronavirus test results as a very temporary measure.

I spent last week identifying hotels in San Francisco for homeless people awaiting such test results. Nearly all are solely available because a tourist industry that was at 80% occupancy one month ago is now shuttered. Once the pandemic ends the tourist industries in San Francisco and other cities across the nation will return. And rooms used temporarily for the unhoused will no longer be available.

So as much as Congress must fund rent both long and short-term rent subsides, ending homelessness requires building a lot more housing. And building housing is not cheap.

Los Angeles will end getting around 7000 new units for the unhoused on a ballot measure that allocated $1.2 billion. San Francisco nonprofit housing groups now spend on average of $750,000 per unit. Whether federally funded housing is “social” housing or built by nonprofits, tens of billions of dollars are needed to meaningfully reduce the unhoused population.

Many affordable housing advocates do not like addressing this other critical obstacle: Los Angeles, San Francisco and other cities also have zoning restrictions in most neighborhoods that effectively prevent construction of large apartment buildings. These are the properties, along with SROs also barred by zoning, that typically house the formerly homeless.  Absent zoning changes even unlimited public dollars will leave too few places where low-income housing for the unhoused can be built.

Ending homelessness also means ensuring existing tenants do not become homeless. This requires cities and states to prevent tenants whose incomes have been reduced by the coronavirus from being evicted for nonpayment of rent.

The highly touted local and state eviction moratoriums are only a short-term fix. All they do is potentially put off nonpayment of rent evictions from now until June or whenever the moratoriums end. To forestall a sharp rise in homelessness and massive tenant displacement, cities need either government imposed rent waivers or publicly funded rent subsidies.

Over 140 California housing groups sent a letter to Governor Newsom last week urging the forgiveness of rents and mortgages for those impacted by the pandemic. I urge housing groups in other states to send a similar letter to their governors.

It may have taken a pandemic and economic collapse for the United States to finally get serious about ending widespread visible homelessness.

Randy Shaw’s Generation Priced Out: Who Gets to Live in the New Urban America is expected to be released in paperback with a new preface this week.