Will SF Voters Back Housing For All? 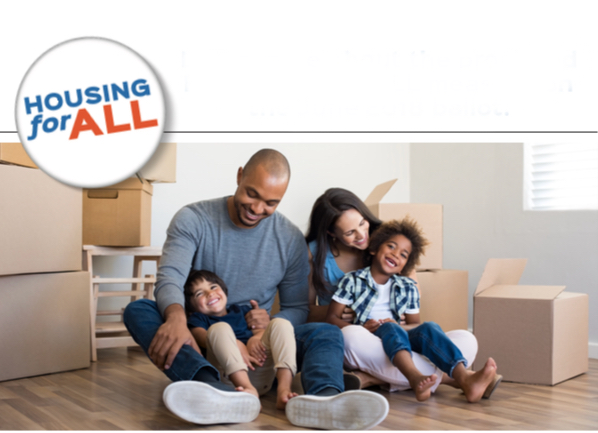 San Francisco, like Los Angeles, Seattle, Portland and other cities, suffers from both an acute homeless crisis and an inability to provide affordable housing for its working and middle-class. On June 5, San Francisco voters can take a big step toward changing this. If voters approve the Housing For All ballot measure, it will generate $1 billion for housing and serve 25,000 individuals and families.

And it won’t cost the vast majority of voters a dime.

Large commercial property owners are having their gross receipts  taxes raised to support Housing For All. The Chamber of Commerce and business groups whose members will be paying the cost have already agreed to back the measure.

The only obstacle to the city using this money is the need to get a 2/3 vote. And this is far from automatic for two reasons.

First, as I wrote about in January (“Why New SF Homeless Funds Are at Risk”), there is a competing ballot measure that also raises the gross receipts tax. Backed by Supervisor and mayoral candidate Jane Kim, this measure allocates the increased tax revenue to childcare.

Since both measures are raising the same tax, only one can win.

Some may ask: why didn’t the Housing for All backers also  get signatures so that it too would only need majority approval?  What happened was that Mayor Ed Lee, the leader of the Housing For All campaign, died. His death put everything on hold. What would have been a time for the Housing for All campaign to unite on text and begin gathering signatures was understandably dealing with the aftermath of the shocking and unexpected loss of Mayor Lee.

San Francisco has never had the resources to meaningfully address   homelessness since the crisis emerged in 1982. No city can make up for the massive federal housing cuts that left millions unable to afford homes. But other cities have passed local tax measures to help combat the problem.

San Francisco has not.  Instead it has looked for other ways to find money.

But unlike Los Angeles, where voters recently passed a $1.2 billion measure to combat homelessness, San Francisco has not voted for new taxes for housing those on the streets.

June is the only chance for Housing For All. If the childcare measure wins and Housing For All fails, the key funding source to bring $1 billion for affordable housing and homelessness will be gone. And anyone who tells you that the city could pass a $1 billion housing and homelessness bond in November (raising taxes for all property owners) has been digging way too deep into the cannabis.

Jane Kim’s childcare measure is backed by her closest allies on the Board, Fewer, Peskin, Ronen and Yee. Housing for All is sponsored by Safai, Sheehy Tang, Cohen, and Acting Mayor Farrell. Board President Breed is a big supporter.

With two of the three leading mayoral candidates sponsoring competing initiatives, politics abound. Mark Leno has not yet taken a position on Housing For All.

Supervisors identifying as “progressive” should eventually endorse Housing For All. Progressive voters will likely vote for both measures, not wanting to personally choose between childcare and housing.

So whether Housing for All gets the 2/3 support will come down to moderate homeowners. This group is increasingly vocal about its unhappiness with persistent, visible homelessness.

They now have an historic opportunity to do something about the problem. They can vote for Housing For All, and urge their friends and work colleagues to do so as well.

San Francisco can do this. But it is up to voters to make it happen.

Randy Shaw is Editor of Beyond Chron and Director of the Tenderloin Housing Clinic. His new book on the urban housing crisis will be out this fall from UC Press, Generation Priced Out: Who Will Live in the New Urban America?

Tags: Board of Supervisors, elections, Homelessness, housing, Housing For ALL, San Francisco