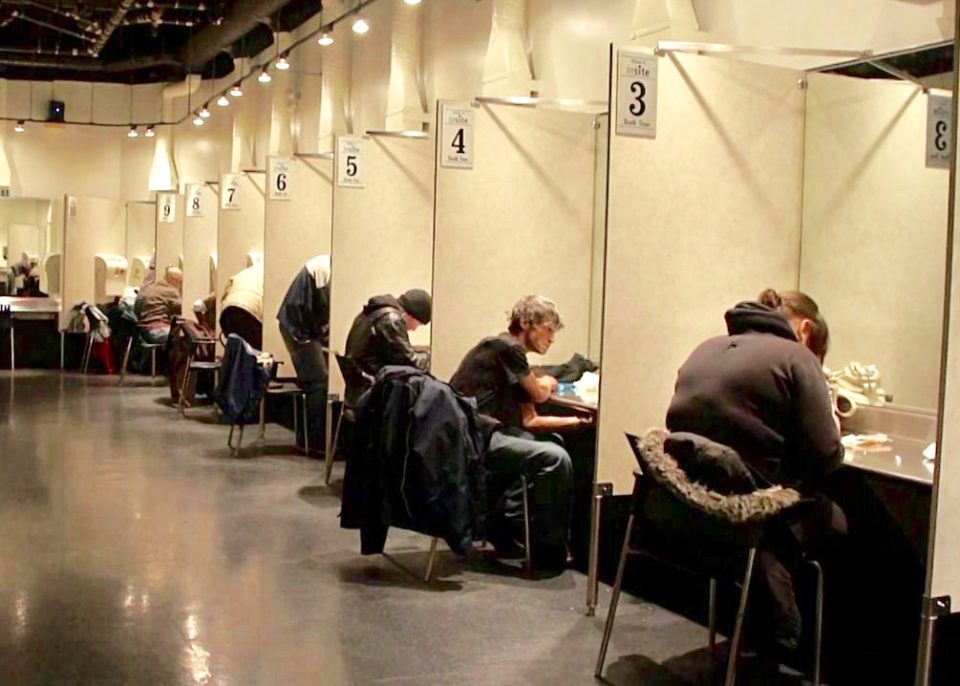 Growing complaints about open drug use in San Francisco has increased political support for safe injection sites. This leads to the issue of geographic equity I recently raised about Navigation Centers: will city neighborhoods accept their fair share of injection sites? Or will this be another case of directing more social services to already overburdened communities like the Tenderloin and Sixth Street?

Advocates of safe injection sites recognize they need to open in multiple neighborhoods.  They acknowledge that only opening such a site in the Tenderloin or Sixth Street would bring drug users from around the city into those communities.

But I have heard such assurances before. They tend to disappear once the site selection process—and the fierce opposition to services in other neighborhoods— begins.

That’s why I am so encouraged by District Six Supervisor Jane Kim’s plan to get Board of Supervisors support for geographic equity for Navigation Centers (a position already backed by Mayor Lee) and safe injection sites. We need to get Supervisors on record that their districts must do their fair share.

The most flagrant public drug use may well be in District Five.  Supervisor London Breed has expressed interest in safe injection sites and recently went to Vancouver to observe how their program operates.

Breed’s support is crucial, as the rampant drug use on Haight Street demands that D5 get the first safe injection site. The city’s current response to this problem— which I have heard from city officials —is police telling Haight Street drug users to relocate to Civic Center.

This is unacceptable and must be stopped.

If you wondered why the population of drug users boarding the Bill Graham auditorium recently increased, that’s why. Opening the first safe injection site in the Haight will stop this unhealthy and outrageous relocation process in its tracks (in the interval the Chief must tell his officers to stop directing Haight drug users to Civic Center).

Call me overly suspicious, but when I hear Breed or former Supervisor David Campos push safe injection sites my first thought is  that people are shooting up on the streets in their  districts and now they want to open a safe injection site in the Tenderloin so those folks will relocate there.

I’d love for my suspicions to be proved wrong.

After hearing so many rosy reports about the Vancouver safe injection program and being repeatedly told that I needed to see it, I went to Vancouver last August. I did not go on one of those supervised tours taken by our elected officials and health officials, but went on my own.

I saw over ten people hanging out in front of an injection site. None were shooting up, but they appeared to have either come for the site or left after using it.

We have a methadone clinic on the 400 block of Turk that prevents any of its clients from hanging out in front of its offices. But since it opened a crowd of drug dealers and users hang out just down the block and around the corner.  A former Tenderloin Police Captain insisted that they were connected to the methadone site.

The broader street and small business impact of safe injection sites have not been part of the public discussion. The Turk Street methadone clinic was not a place where drug dealers or users previously hung around, so the notion that the clinic opened “where drug users already were” is false.

The city can deal with this issue by funding security for safe injection sites not just in front of their building, but on the entire block. This should be the case in all neighborhoods where they open.

I have yet to see any public outreach to property owners and small business owners about meetings to get their input on safe injection sites on their block or neighborhood. This outreach is essential. Meetings among nonprofit groups that exclude property and business owners is not a real public input process.

The May 17 NY Times had a very instructive article on how cities can get   neighborhoods to accept homeless services. It similarly applies to safe injection sites. Mayor Bill de Blasio encountered a firestorm of opposition to his plans to open 90 new shelters. It came not from wealthy Manhattanites or hedge fund managers but from the working class African-Americans and Latinos that comprise his core political base.

The article explains how de Blasio is overcoming this opposition. It offers great guidance for San Francisco.

With even Mayor Lee now open to safe injection sites (which he sees as part of the broader “harm reduction” approach), Jane Kim’s leadership in getting the Board to commit to spreading homeless and drug services across the city is critical. It could not be more timely.

Backers of safe injection sites should join Kim’s demand for geographic equity. Because if this program becomes another strategy for relocating drug users to Sixth Street or the Tenderloin it will face a level of opposition that the city has not previously seen from these communities.

Those wondering how they can help reduce homelessness and open drug use now have a clear path. Tell your supervisor that San Francisco cannot solve these problems without all districts doing their fair share. Let me know if any supervisor resists this approach and also let Supervisor Kim know you are on her side on this issue.