Will San Francisco Reopen in 2021? 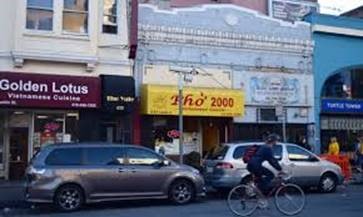 On June 29, 2021 I asked “When Will San Francisco Really Reopen?” Many thought September, after kids returned to school.

Well, September has arrived and San Francisco’s downtown, Mid-Market and Civic Center remain a ghost town. City Hall’s reopening has been pushed back to November 1. State and federal buildings—whose employees fuel lunch business in the Civic Center, Mid-Market, SOMA and Tenderloin—remain largely closed. There are no signs of their returning workforce.

Yes, COVID’s path is uncertain. But state and federal buildings did not reopen or announce a projected reopening date even after Governor Newsom’s June reopening of California.

That really makes no sense.

How can San Francisco small businesses prepare for reopening when the return of key customer centers remains unknown and undetermined? At the very least small businesses should be informed what objective conditions will trigger local, state and federal reopening.

How else can businesses hire staff and order supplies with any confidence?

I emphasize the public sector’s plans because the public has a right to know. San Francisco City Hall’s plans have been very open and transparent. I have not heard anything from the state or federal buildings in San Francisco or from those controlling staff at the SFPUC tower on Golden Gate.

We’re talking about thousands of workers whose return dates remain a mystery.

How can restaurants and other small businesses plan work schedules when they don’t know if their customer base is returning this year? Even hearing bad news—such as no return in 2021—could facilitate small businesses getting rent waivers from landlords.

This uncertainty is hurting small businesses. San Francisco has implemented many programs to financially help small businesses and protect their sidewalks. Yet the success of these programs cannot overcome the missing public sector customer base.

Small businesses already know that major conventions aren’t happening in San Francisco this year. And that corporate business travel is out for the foreseeable future.

Tourism will survive in 2021 but in vastly reduced numbers. Downtown businesses are not a monolith, but when only 20% of downtown office workers have returned to in-person work as of late July it’s clear why so many of the area’s small businesses remain closed.

Many national companies have announced that their workers may not return this year. Absent a reopened public sector, the news for small businesses depending on this customer base of workers rather than residents gets steadily worse.

I recently lunched outdoors at an Italian restaurant in Hayes Valley that is usually crowded. Only a handful of the over 50 tables, indoor and out, were filled. My sense is that restaurants hired up after the June reopening and are still adjusting to the new reality of lost lunch business.

Fortunately, dinner business at restaurants in Hayes Valley and other residential neighborhoods is booming. These neighborhoods are less reliant on non-resident workers. It confirms my pre-pandemic argument that building housing fuels ground floor retail success.

Are Customers Gone for Good?

Many believe that COVID has permanently changed work patterns. It’s said that companies realize they don’t need high cost office space so long as their employees prefer working virtually and productivity doesn’t decline. Some also believe that the five-days a week in the office is gone forever, especially as workers are “on-call” seven days a week via email and text.

This would mean that the customer base upon which many small businesses depend is never coming back. Or will return in a much reduced form.

But I have a different take. I think most employees enjoy the social connections of a workplace. Many San Francisco workers also lack the “extra” space in their apartments or houses for home offices.

I’ve heard stories about San Francisco workers being able to live in lower-priced housing markets since not having to commute to work. But where are the desirable Bay Area locales that are not high-priced? A July 2021 study found that 2/3 of those moving from San Francisco remained in the Bay Area.

Are state and federal employees who previously worked in-person in San Francisco  going to work virtually forever? If so, someone in power needs to let our small business community know. And if the closure of these public office buildings is only temporary, that ought to be announced as well.

Perhaps Assemblymembers David Chiu and Phil Ting along with State Senator Scott Wiener can get a public answer on the reopening schedule of the Civic Center state buildings. And Congressmember Nancy Pelosi’s office can announce what plans are in store for federal employees in the Civic Center and SOMA returning to work.

Our Central City small businesses deserve this much.