Will San Francisco Expand Affordable Housing To All Neighborhoods? 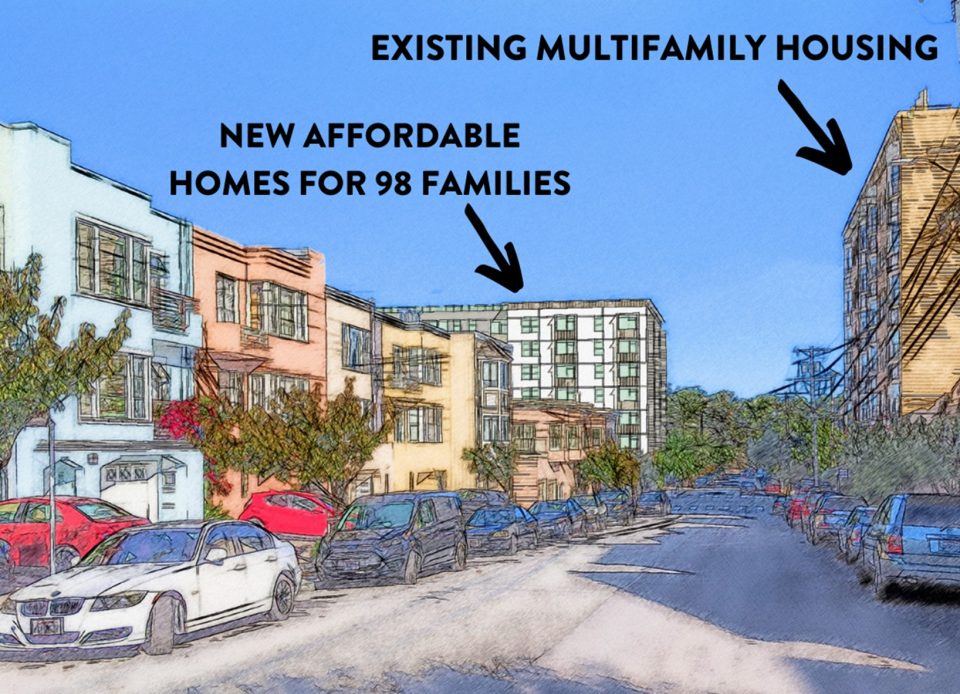 The fight over an affordable housing project in the Sunset neighborhood has forced San Francisco to face its core contradiction: it’s a “progressive” city with zoning that promotes economic and racial segregation. That’s what the post-1950’s banning of apartments from much of the city has accomplished.

This dynamic may finally be coming to an end.

A city known for its progressive policies has long allowed aggressive homeowner activism to promote economic and racial segregation. San Francisco’s affordable housing largely remains outside neighborhoods that may oppose it.

Consider some examples of homeowner resistance that I discuss in my book, Generation Priced Out: Who Gets to Live in the New Urban America:

*In 2016 affordable senior housing on a church site in the exclusive Forest Hill were quickly blocked and the project killed. Joe Bravo, an attorney who lived in the neighborhood and helped lead the charge to stop the project, also presided over the recent neighborhood meeting to stop affordable housing in the Sunset;

*In 2014, a perfect site for affordable and middle-class housing in Russian Hill’s long-closed Francisco Reservoir  instead was planned for a park. Neighborhood opposition to apartments even got the city to commit $9.9 million to jump start park funding; San Francisco essentially subsidized the preventing of apartments from being built in an upscale neighborhood.

*Noe Valley neighborhoods fought to stop a 15-unit project slated for a former funeral home. The opposition resulted in 13 units with one affordable rather than 15 units with two.

*Apartments in the Richmond have largely been blocked since zoning restrictions were imposed to stop “Richmond Specials” in the 1980’s.

The Sunset’s History of Exclusion

I’m not surprised by the fury of Sunset residents. I’m seen a lot worse from that neighborhood.

My organization spent years trying to stop the illegal tourist conversion of the Sunset’s all residential Beach Motel, 4211 Judah Street. We had many hearings at the Board of Appeal on the hotel’s efforts to circumvent the law. One hearing had a huge crowd that filled the hearing room, the hall and overflow room outside.

Why the large crowd? Flyers had been placed on cars saying that the Tenderloin Housing Clinic was seeking to convert the Beach Motel into a homeless shelter. This was 100% false but that made no difference. Speaker after speaker read from a script urging the Board to stop a homeless shelter from opening at the Beach. The vitriol against the poor was unrelenting.

The Board Chair announced that the homeless shelter claim was false and requested speakers to stop raising the issue. But speakers continued to attack the fictional shelter. Many referred to their years living in Hong Kong and of China’s takeover, reminding the Board that they knew not to trust the government.

Cities have allowed homeowners across urban America to believe that they have the right to stop affordable apartments in their neighborhood. And that they alone could choose who could be their neighbors.

The pending Sunset project offers a wake-up call. And not just for the Sunset.

San Francisco already has more money for housing the unhoused than ever before. That’s due to voters’ 2018 approval of Prop C, new state funds and President Biden’s housing agenda. Once Biden’s HUD budget and infrastructure plan is approved,  San Francisco will have the most affordable housing money per capita since the 1970’s.

San Francisco cannot meaningfully reduce homelessness while restricting affordable housing to the  the Tenderloin, SOMA, the Mission and Bayview-Hunters Point. These neighborhoods, where affordable housing has long been targeted,  are getting entirely built out.

So San Francisco has a choice. It can play a make believe game about reducing homelessness by refusing to expand affordable housing across the city as is necessary to achieve that goal. Or it can do what I believe Mayor Breed and a Board majority supports—expand affordable housing to the high opportunity neighborhoods that most benefit low-income residents and particularly families with kids.

This  expansion is not limited to new construction. High vacancy apartments in desirable neighborhoods where low-income people are otherwise excluded can become “affordable” via city purchase. This has been a publicly discussed potential use of Prop I “social housing” funds. This strategy does not increase the city’s inadequate overall housing supply but does expand affordable housing options far faster than new construction. And it prevents homeowners from holding up projects.

So after decades of failing to walk the talk about inclusion and diversity, The Times They Are A-Changin’ in San Francisco. The Board’s approval of a Sunset affordable housing project is just the start.