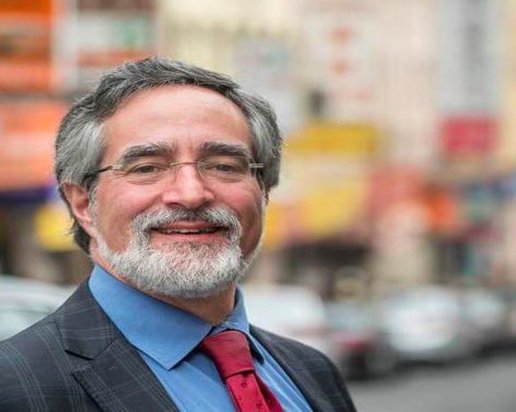 Will Peskin’s measure make a difference? Here’s our take.

Let’s start by explaining how Peskin’s plan gets around state law.

The city cannot impose rent controls on existing post-1979 buildings or those in the pipeline that are consistent with local zoning (so called “as of right” structures). I had previously thought Peskin was trying to cover such structures, but he is not.

Instead, Peskin’s plan impacts projects like the recent 5M development that are asking the city for a significant upzoning. In exchange for receiving that type of major economic benefit, developers would have to agree to rent control.

I was involved in getting rent control imposed at the new Trinity Plaza, which was necessary to replace the rent-controlled units slated for demolition. Parkmerced’s development then followed this model.

Both circumvented the state ban on applying rent control to new construction because the restrictions were part of development agreements. Such agreements would also likely be necessary to implement Peskin proposal.

The Benefits to SF

The benefits of Peskin’s plan are obvious.

Rent controlled housing is more affordable. While the starting rents for the projects covered by Peskin’s plan would be high, they would soon be less than market.

This would particularly be true if Peskin sought to also impose vacancy control (which limits rent increases on vacant apartments) as a condition of development approval. I do not believe he has made a decision on this.

These new rent-controlled developments would still have to include inclusionary housing. If the city raises the affordable housing requirement from 12% to 25% and couples this by placing new developments benefiting from major upzoning under rent control, it would have the longterm impact of increasing housing affordability in San Francisco.

Peskin’s plan has two major limitation: it will not impact many units and those covered will likely never meet the city’s definition of affordability.

The vast majority of San Francisco housing developments in the pipeline either are being built as of right (consistent with zoning) or are not seeking the type of city benefits that would allow the imposition of rent control. Peskin’s plan would be largely limited to the highrise projects in SOMA (like 5M) and downtown.

Further, for sale condo developments covered by Peskin’s plan render the rent control issue almost mute. The city could impose rent control but there would only be tenants if owners rented units out.

A further limitation is that since the plan would likely primarily impact upscale projects getting major height bonuses, the starting rents will likely be very high. These units will not be “affordable” as progressives define the term for years, if ever, even if rent and vacancy controls applied.

The Politics of Passage

Despite the limited impact, expect Peskin’s plan to provoke hysteria among some in the real estate industry. State fights over Ellis Act reform show that the real estate industry mobilizes against measures that do not even impact them in order to send a message to legislators to stay away from their turf;  even Peskin’s limited plan to impose rent limits on new buildings will get realtors out in force to City Hall.

Three sets of elections will be impacted by Peskin’s plan.

Second, all supervisor candidates would have to take a stand. This could put Supervisor Breed in a bind. Does she want to face voters after being the deciding vote against extending rent control, or for being the swing vote in favor?

If progressives are looking for a tenants issue to distinguish them from their moderate opponents, Peskin’s plan may be the most likely wedge issue for November.

The same holds true for the SF Democratic Party Central Committee races in June. The progressive slate would likely use their support for expanding rent control to distinguish themselves from their moderate opponents.