Will Oakland Keep the A’s? 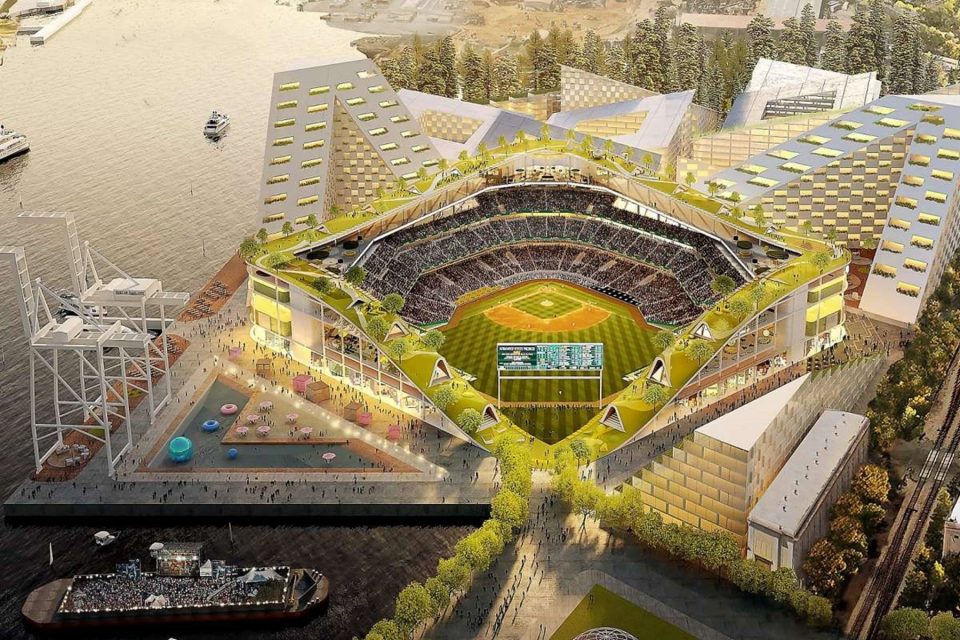 Bad signs are spreading as the Oakland City Council faces a decisive July vote on the new A’s stadium at Howard Terminal. When a pro sports team lays down a take it or leave it ultimatum — the A’s said last week that “It’s Howard Terminal or Bust” —-it does not bode well for a happy ending.

There are many troubling signs. Owner John Fisher has been virtually invisible since buying the team in 2005.  The stadium plan still has not reached a deal with the surrounding industries opposing the project. Concern over the team’s plan to get fans to games has been ignored. The taxpayer impact relies on the ambiguity around “taxpayer funded” that has wreaked financial havoc in other cities.

I join A’s fans in wanting the team to play in Oakland in a beautiful new stadium. I understand concern that Oakland could become known as a city that lost three professional sports franchises in the space of a few years.

But Oakland doesn’t need the A’s to remain a “world class city.” Paris, London, Barcelona and other “world class cities” all lack a major league baseball team. Better for the A’s to add to that list than to make a bad financial deal that jeopardizes the city’s future.

I first attended the Coliseum for a 1974 A’s playoff game. Although the team was coming off two World Series titles and would go on to win a third straight, the stadium was only half filled. And this was before the Al Davis-caused renovations worsened the sight lines. I grew up attending Dodgers Stadium and felt the Coliseum fell far below that standard.

So I have long hoped the A’s would build a new stadium. I favored the Laney College site which was eventually blocked by the college trustees. Mayor Schaaf did little to sway the trustees because she favored the Howard Terminal site, and that’s where we stand now.

Had the A’s rebuilt a much more fan friendly stadium on the Coliseum site instead of working on Howard Terminal, the team would be playing in it now. But the A’s instead went all in on a more beautiful site that tries to replicate the Giants waterfront Oracle Park. But as many have pointed out, Howard Terminal faces many obstacles not faced across the Bay.

Council President Nikki Bas and Councilmembers Fife, Kaplan, and Kalb are not going to make a bad deal for Oakland. I don’t know the other councilmembers as well but these four will not sacrifice the city’s future for a bad stadium deal. I believe a council majority is going to be very careful in negotiating public subsidies for the A’s.

Yet a council majority that protects Oakland residents may not fit the team’s agenda.

The first big problem: who is the city really negotiating with? John Fisher has owned the A’s for 15 years. Yet as a critic noted, “Oakland A’s fans have almost no idea who John Fisher is. He’s literally owned the team for 15 years, but most A’s fans would not be able to pick him out of a lineup.” Fisher has completely ignored the process of “selling” the stadium to key stakeholders,  standard ownership conduct in stadium campaigns.

Fisher alienated A’s fans by refusing to use his extreme wealth to pay the going rate for quality players. Unfortunately, the current economics of baseball allow owners like Fisher to make gobs of money via television revenue without a winning team. This is a key distinction from the pre-cable television days when teams relied on attendance—driven by a winning team— to boost profits.

Dave Kaval has done a good job selling the stadium vision for Fisher. But Kaval could be fired at any time. Fisher is the key to this deal yet he has been invisible throughout. This makes striking an A’s stadium deal far more difficult.

An owner who has refused to spend money on his team is not going to change stripes with a stadium deal. A new stadium will not turn Fisher into a Joe Lacob, an owner who spends whatever it takes to win. No “deal” with Oakland can force Fisher to pay players.  And given his turn to ultimatums and threats, Fisher can be expected to seeking every possible financial advantage as stadium construction proceeds.

It’s hard to see Fisher giving the assurances the Council needs to be comfortable with a deal. Even the most diehard A’s fans must realize this.

I remember the lead up to the disastrous financial deal to return the Raiders to Oakland. One provision  guaranteed the Raiders revenue equal to sellouts at every game. When people raised concern that some games would not sell out,  sports talks show hosts lambasted them as fools. “Everyone” knew the Raiders always sold out in Oakland—until, of course, they did not upon their return.

I’m sure someone has the total millions of dollars Alameda County paid the Raiders for those unfilled seats. I recall one year it was $17 million but it was too depressing to keep track.

I also remember how the Bay Area media—yes, the media who is supposed to take a critical stance toward stadium deals—bludgeoned Mayor Elihu Harris in 1995 into making a bad deal for the Raiders return. I cannot recall a local mayor being so viciously attacked as Harris was for trying to protect Oakland from a bad Raiders deal.

Oakland has changed a lot since 1995. Its view toward stadiums is more akin to those long held in San Francisco, a city that loved the Giants but defeated prior stadium plans that didn’t serve the city’s needs.

Oakland will be one of the world’s great cities regardless of whether a new stadium is built or the A’s stay. I hated to see the Sonics leave Seattle, but the city is as “world class” today as when it had NBA basketball.

The worst case scenario is for Oakland to be torn apart by people blaming the Council for not getting a deal done with the A’s. Because that type of opposition is dishonest. The A’s assembled a flawed stadium proposal and then asked Major League Baseball for the right to leave Oakland if the Council did not agree to it.

That’s not good faith negotiating. And nobody in Oakland should be fooled.

I hope my concerns prove wrong. I hope the A’s address the outstanding concerns around Howard Terminal and joyously reach a deal with the Council. But as I have explained, Fisher’s history makes that outcome unlikely.

The best case scenario is for Fisher to sell the team to a local owner who quickly builds on the Coliseum site. New ownership kept the Giants in San Francisco and that seems the A’s best hope for a longtime future in Oakland.