Will MTA Back its Support for Vision Zero with Dollars? 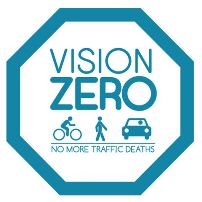 In February, SFMTA joined other city agencies in adopting Vision Zero, a plan to end all pedestrian and cyclist traffic fatalities in ten years. But as the SFMTA Board votes today on its budget, activists question whether sufficient funding will be allocated to make Vision Zero a reality.

SFMTA Director Ed Reiskin reaffirmed his agency’s commitment to realizing Vision Zero in an op-ed published last week in the Examiner. However, the budget presentation released yesterday reveals that funding allocated for Vision Zero is far off track.

In recent budget hearings, organizations like the San Francisco Bike Coalition and Walk SF have called on SFMTA to substantially increase funding for its pedestrian and bicycling divisions. The current budget for bicycling and pedestrians is still a fraction of the total SFMTA budget. If the agency is serious about Vision Zero then it must pass a budget that is more reflective of its funding needs.

This budget proposal is the first to seriously address the concerns brought about from the Vision Zero campaign. Yet, the MTA has lagged in moving forward and has yet to undergo a comprehensive review of the total costs for realizing Vision Zero.

“We’ve been asking MTA how much it would actually cost to achieve Vision Zero and what that would look like,” Walk SF Executive Director Nicole Schneider told BeyondChron.

The city’s WalkFirst initiative has been pushed as a key component in reaching the city’s Vision Zero commitments. The WalkFirst project utilizes a data-driven analysis to highlight the most problematic locations for pedestrians in the city. The program will fix 6% of the city’s most dangerous streets that cause 60% of all pedestrian injuries and fatalities.

“Our WalkFirst project, a collaboration of city agencies, has executed a robust data-driven analysis of where collisions are happening in San Francisco, why they happen, and what engineering tools we can use to prevent them in the future,” Reiskin said in his op-ed.

Yet, despite his supposed commitment to the project, funding projections revealed that of the total $240 million needed over five years to fund WalkFirst, the amount of secure funding is still $17 million, around 7%. The budget states that $131 million would be allocated, but not all the money is specifically allocated for WalkFirst as the presentation suggests.

With all the focus on WalkFirst, the MTA seems to have dropped bicycling from its plans for Vision Zero. The presentation does not cite anywhere how the agency would address the concerns of cyclist injuries and fatalities, a critical component of Vision Zero.

While the proposed budget seems to increase bicycle funding, its recommendations for achieving the Bicycle Strategy created last year has continually fallen short. The Bicycle Strategy plan calls for the creation and upgrading of 10 miles of bike paths each year, but the budget recommends a mere creation of 2 miles and 4.5 miles of upgrading.

Kristin Smith of the SF Bike Coalition told BeyondChron that the MTA continues to do “half the work” needed for increasing bicyclist safety and infrastructure and that the budget is still far off.

The proposed budget also accounts for funds from future ballot initiatives, meaning that the projections are much higher than what the current budget would allow. The proposed November transportation ballot measures supported by Mayor Ed Lee and the Board of Supervisors would provide necessary funds for the MTA but voters will still need to approve the measures.

However, the reliance on funds that have not even been approved or voted on yet will certainly raise doubts about the MTA’s commitment to Vision Zero.