Will Mayor Breed Do Right By the Tenderloin? 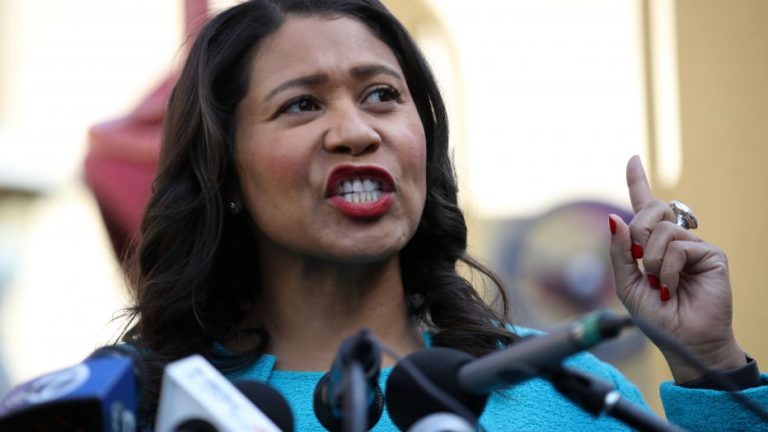 In response to the lawsuit filed by Hastings Law School and Tenderloin residents and business owners, San Francisco issued a 31-page “plan” for the neighborhood. But what must be done can be covered in one page. It takes only three steps; whether it happens depends on Mayor Breed.

What are the three steps?

First, police and health department staff must go tent by tent offering occupants a choice: they can either relocate to a hotel, a supervised tent encampment, or leave their current location. Transportation would be provided for the first two options.

The city has already contracted for far more hotel rooms than it has filled. And it has plenty of vacant space (such as Kezar Stadium, vacant parking lots, a huge open space at Bayshore and Geneva, a fairway on one of its five public golf courses) for supervised tent encampments.

Both options cost the city more than allowing tents on Tenderloin sidewalks. But that comes at a steep price for those living or working in the Tenderloin.

Neighborhood restaurants, bars and entertainment venues will close rather than reopen with dangerous sidewalks. Nor can one put a price tag on the deep psychological cost to Tenderloin residents trapped in their homes. For weeks and weeks residents have been  put at risk by the lack of social distancing on sidewalks; the city has done virtually nothing to protect them.

All tents could be cleared in three days if not sooner.

Second, there must be vigorous police enforcement against new tents on Tenderloin sidewalks. This will require a shift in Mayor Breed’s pre-pandemic policy in which nearly 200 tents were allowed on Tenderloin sidewalks each day. And when the city shut them down they would spring up again within hours. If we are serious about protecting Tenderloin residents ongoing enforcement is a must. Reporter Phil Matier asked on his excellent ABC story last Friday how the city would prevent tents from returning; ongoing enforcement is the answer.

That sends a message that the Tenderloin is no longer a containment zone. And that its residents and workers right to the equal protection of the laws will be respected. The city must treat camping on Tenderloin sidewalks the same way the city does in other neighborhoods.

Third, the city must step up efforts on the 300 block of Golden Gate, the unit block of Jones, 300 block of Turk and other areas where drug dealers clog sidewalks and prevent social distancing. Drug dealing has worsened during COVID19. With tents gone, Tenderloin police can focus on stopping this criminal activity.

Absent a court injunction, whether any improvement comes to the Tenderloin is up to Mayor Breed.

Prior to her mayoralty the Tenderloin did not have a sidewalk tent problem. Tents on Tenderloin sidewalks were not an issue under Mayors Lee, Newsom, Brown, Jordan, Agnos or Feinstein.

Kathy Looper has been observing Tenderloin sidewalks since she and her husband Leroy Looper purchased the Cadillac Hotel in 1976. According to Looper, tents “not only exploded under Breed they became a fixture.  Nothing compares to what’s happening now!”

I agree. I have been working in the Tenderloin since 1980. Encampments were long common in Civic Center Park and UN Plaza but until Mayor Breed Tenderloin tents were promptly removed.

The Tenderloin regularly had nearly 200 tents before the pandemic and has roughly 400 now. Why?

We got an unfortunate insight into that answer from the mayor’s response to the lawsuit. She told the New York Times:

“The mayor said the city’s gains are threatened by neighborhoods like the Tenderloin where residents are resistant to change: “Even though we’ve been able to handle almost everything else in a way that has put us in a decent place as it relates to the number of infections of Covid-19 in the city, it could take off at any time because of our not only congregate living settings but also because of a population of people who are just not going to naturally comply.”

“We’re at an impasse as it relates to this particular population,” she said.”

Tenderloin families “are not going to naturally comply”? How are Tenderloin residents responsible for City Hall allowing tents to crowd sidewalks?

I was very saddened and disappointed by the mayor’s comments. They confirmed my worst fears. They showed that Mayor Breed identifies “the Tenderloin” not as a working-class neighborhood filled with families, seniors, and disabled persons but as a containment zone for drug dealers and users.

Does the mayor really think the Tenderloin’s hard working Latino and Asian-American families are to blame for tents blocking their sidewalks? The only “change” Tenderloin residents are resisting is the transformation of their neighborhood into a containment zone. It’s a vision for the Tenderloin that Breed has embraced but that the entire community along with her predecessor, Mayor Ed Lee, has fought to change.

Under Mayor Breed Golden Gate Park and Civic Center Park, both longtime camping sites, are pristine. But City Hall allowed tents to steadily expand in the Tenderloin. The pandemic just worsened the crisis.

Mayor Breed is a strong leader. Does anyone doubt she could clear a sidewalk of tents if she ordered it?  Mayor Lee cleared out a huge tent encampment on Division Street in the space of a few hours; Breed could do the same in the Tenderloin in a few days.

Politicians are human. Like everyone else they make mistakes. The lawsuit gives Mayor Breed a chance to stop blaming low-income Tenderloin residents for a health crisis of City Hall’s own making.

Breed should use her leadership skills to unite with residents, workers, restaurant owners and others in revitalizing the Tenderloin. City Hall must protect the health and safety of people in the Tenderloin as it does for those in all other residential neighborhoods.

Mayor Lee never saw his vision fully implemented. Mayor Breed can be the San Francisco mayor who brought the dream of a safe, healthy and economically diverse Tenderloin across the finish line.

Let’s hope she seizes the opportunity.