Will Leland Yee Stand With Tenants on Ellis Act Reform? 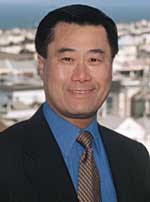 Last year, the San Francisco Tenants Union endorsed Leland Yee in his successful run for the State Senate. So did the Harvey Milk Club, the Bay Guardian and other progressive groups in town. They endorsed him despite questions about Yee’s record on tenants’ rights, after pro-tenant politicians like Jake McGoldrick insisted that he could be trusted.

But as the State Senate votes next week on SB 464 that would make necessary changes to the Ellis Act, Yee has not taken a position. Last night, the San Francisco Democratic County Central Committee (DCCC) overwhelmingly voted to endorse SB 464. Will Leland Yee join the local Democratic Party and support tenants by voting “yes” on SB 464, or will he sell out to real estate speculators?

The Ellis Act is a state law that allows landlords to evict an entire building of tenants (rather than sell the property) because they want to “go out of business.” Real estate speculators have abused this right by purchasing rental buildings with absolutely no intention of being landlords – but rather to Ellis the property, and then re-sell it at the highest bidder.

Rent-controlled properties with long-term tenants have been especially targeted for these evictions, because speculators can buy them for cheap and generate huge profits. As DCCC member Robert Haaland stated last night, his apartment building is currently being sold and the new owner may Ellis the property. The Ellis Act has ravaged San Francisco with tragic consequences, and is now hitting Los Angeles with a renewed vengeance.

Sponsored by State Senator Sheila Kuehl, SB 464 is similar to a bill that Assemblyman Mark Leno introduced two years ago. Rather than repeal the Ellis Act altogether, SB 464 would amend it by limiting its scope to properties that the landlord has owned for at least five years. This would return the Ellis Act to its originally stated intent (allowing long-term owners who want to change the use of their property), and discourage the vast majority of speculator-driven evictions.

In San Francisco, 80% of Ellis evictions were done by property owners who have owned the building for less than five years. In Los Angeles, two-thirds were done within the first two years. In other words, people who are not even in the landlord-tenant business are buying rental buildings to “get out of the business” by evicting tenants.

The Ellis Act already gives senior and disabled tenants a one-year eviction notice, rather than four months for all other tenants. SB 464 would extend the one-year requirement to all tenants in a building – if there’s at least one senior or disabled tenant on the property. This is a common-sense measure that avoids situations where some units in an Ellised building remain vacant for eight months while the landlord waits for the protected tenant to move out. It would also discourage speculators from targeting large buildings – at least those who have an elderly or disabled tenant.

Leland Yee is a self-proclaimed “moderate” on rent control, and the Tenants Union was well aware of that when they endorsed him last year. But he did say in their questionnaire that he would find common ground with the tenant community, and that he “will fight hard” on issues where they agree.

“When we met with him last year,” said Ted Gullicksen of the Tenants Union, “he was non-committal, but did say that he was concerned about the Ellis Act and agreed that something must be done.” On his campaign website, Yee called himself a “consistent voice for renters” and boasted that he had fought for tenants’ rights in Sacramento.

Leland Yee has previously shown – at least on one issue – to come around when he understands that his prior positions have caused hardship to the community. In 2001, as a San Francisco Supervisor, Yee voted against the City’s landmark transgender health benefits ordinance. Five years later, when he ran for the State Senate, he publicly apologized for that vote at a meeting of transgender activists at the LGBT Center.

“Had I known the pain I caused the transgender community on that particular vote,” he said, “I would have never voted the way I did. I am sorry that my vote caused the pain that it did.” Activists in the transgender community like Cecilia Chung, as well as Equality California, then endorsed his successful State Senate race. Now some of these same people are trying to convince Yee to come around on SB 464 as well.

Yee has caused a lot of pain to the tenant community over the years. In Sacramento, Yee’s opposition to pro-tenant measures has been an acute obstacle because lobbyists and legislators know that he’s from San Francisco. When Mark Leno sponsored AB 1217 (which exempted SRO residential hotels from the Ellis Act), Yee’s opposition made the chances of the bill passing even more daunting – as legislators generally support their hometown colleagues’ legislation. AB 1217 passed, but only after a Republican crossed party lines to cast the crucial 41st vote.

Based upon recent conversations, Yee is reluctant to support SB 464 because he thinks it could hurt “small property owners.” Nothing could be further from the truth. It would not affect the mom-and-pop landlord who wants to get rid of an “in-law” unit that they’ve been renting for years. The only people who would lose out are the real estate speculators who buy rental property for the explicit purpose of evicting tenants and then selling off the units. And that’s not the people who Yee says he’s concerned about.

SB 464 passed the Senate Judiciary Committee, and will probably be voted on next week on the full Senate floor. Will Leland Yee oppose this common-sense measure and let down tenants who supported him, despite having expressed the need to amend the Ellis Act? Or will he publicly apologize for his prior opposition to tenants’ rights measures and cast the deciding vote for its passage? Constituents are encouraged to contact State Senator Yee, and urge him to do the right thing.

EDITOR’S NOTE: Paul Hogarth is a tenant and resident of the 8th State Senate District, which is represented by Leland Yee. Send feedback to paul@beyondchron.org