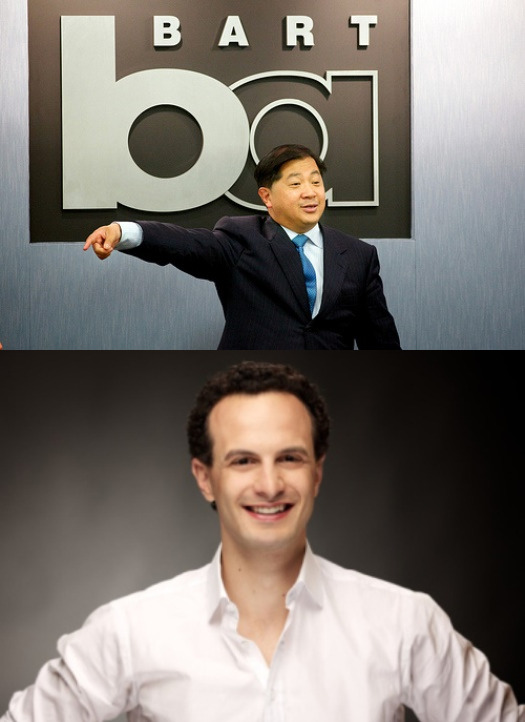 This November should be the worst of all times for an incumbent BART Board member to face voters. It’s voters’ first chance to punish BART management for the 2013 strike. Recent reports have highlighted “smelly and filthy” San Francisco BART stations, and BART fares continue to rise without corresponding service improvements.

That’s not a great record to run on. And one reason BART is such a mess is that the people in charge—top managers and elected Board members—have not been held accountable for the system’s shortcomings.

That’s why San Francisco BART Board member James Fang, first elected to BART in 1990, faces an unusually stiff re-election.  Nicholas Josefowitz is giving Fang his strongest challenge in years, and has a real chance to defeat Fang in November.

How has the Republican Fang had such a long political career in the nation’s most Democratic city? I think Fang’s long tenure says a lot about BART and San Francisco politics.

I’ve known James Fang since at least his first BART Board race in 1990 and likely before. Everyone involved with San Francisco politics knew the Fang family, primarily through family matriarch Florence Fang. Most of my involvement with the family was through Florence or son Ted, as they were the ones running the SF Independent newspaper along with another son.

I knew the Fang’s well enough to be invited to James’ wedding. It was quite an affair, and showed the family’s broad political support. I have not seen James in years, but whenever I did see him he was always quite friendly. Part of his success is that voters who meet him like him.

The Fang family became Republicans at a time when some Chinese-Americans saw the Party as more anti-communist than the Democratic Party. But Florence Fang has always been a close ally of Nancy Pelosi, the most Democrat of Democrats in San Francisco.

James Fang is also a strong ally of organized labor, which has endorsed him again this year.

So if you are wondering how a Republican keeps winning one of SF’s BART Board seats, it’s because support from Pelosi, labor and other Democrats mutes this issue. The other reason, which could actually decide this election, is that most voters do not know Fang is a Republican.

Josewitz sent me poll results from the highly regarded Public Policy Polling group that found an enormous swing against Fang once voters learned he was Republican. This was even true among Fang’s Asian-American voter base.

Even if we take any poll commissioned by a candidate with many large grains of salt, it seems pretty obvious that a lot of voters would be less favorable toward a San Francisco candidate who has remained with a Party that seeks to ban abortions, deport all undocumented immigrants, opposes the minimum wage, and is promoting the disenfranchisement of minority voters at the state level.

Fang’s Republican party identification does not bother SEIU, but it does bother many voters.

But Fang has prevailed over well-funded opposition before.

In 1994, after the Fang’s newspaper played a leading role in Frank Jordan’s defeat of Art Agnos in the 1991 mayor’s race, Agnos backers responded by running Victor Makras against Fang in his re-election race that year. I have never forgotten that contest.

Makras, a realtor and close Agnos ally, has always been a pragmatic, nuts and bolts kind of guy. Yet someone on his campaign team came up with the not so brilliant idea of distributing a can door to door in the BART district. It was a can that was not easily opened, and required using a can opener and a time consuming process to circle almost the entire circumference of the can.

What reward did voters get when they finally got the can open? Inside was campaign literature for Makras for BART Board.

That’s right. Someone in Makras’ camp really thought voters would be more likely to vote for the challenger after he wasted their time accessing his campaign literature.

As soon as I got ahold of one of those cans and tried to open it, I knew Makras would lose. And he did, in a surprisingly easy victory for Fang.

I used to keep that can on my desk as a lesson for anyone involved with politics about how not to connect to voters. I do not recall any cans being distributed as campaign materials since that time.

In July, challenger Josefowitz  had over $100,000 cash on hand where Fang only had $5000. He pledges to “Clean Up BART. Clean Up the Stations, and Clean Up the Dirty Politics.” He also vows to “clean up the mess that Fang has left the system in after 24 years in office.”

These themes certainly could resonate with San Francisco voters, but may have less impact for those eligible to vote in this contest. The electorate in this BART district is 26% Asian American and 12% Republican. It also covers a portion of San Francisco nowhere near BART.

My sense is that this electorate is not as up in arms about BART as those who rely on it each day. Whereas Josefowitz would be the favorite in a citywide race, he is instead running in a district tailor-made for Fang.

Labor will go all out for Fang. SEIU Local 1021 was kicking itself last year for not putting more resources into defeating Zakhary Mallett in the 2012 BART race. Because the Bay Guardian and others backed the anti-union Mallett, he narrowly defeated the more progressive Lynette Sweet. Mallett went on to be a leading voice against the union in the lead up and during the BART strikes.

SEIU 1021 and companion BART union ATU 1555 felt Fang saved them in last year’s strike, and will pour significant resources into re-electing him. Not because Josefowitz is anti-union, but because James Fang is labor’s guy.

Its popular wisdom that SEIU 1021’s top November priority in San Francisco is electing David Campos. But I think they are equally concerned with keeping James Fang in office.

So Josefowitz faces a tougher challenge than might be expected given Bay Area-wide public anger at BART. He is raising critical issues and has the advantage of running against a Republican, but his success depends on a largely non-BART riding electorate paying sufficient attention to the race.