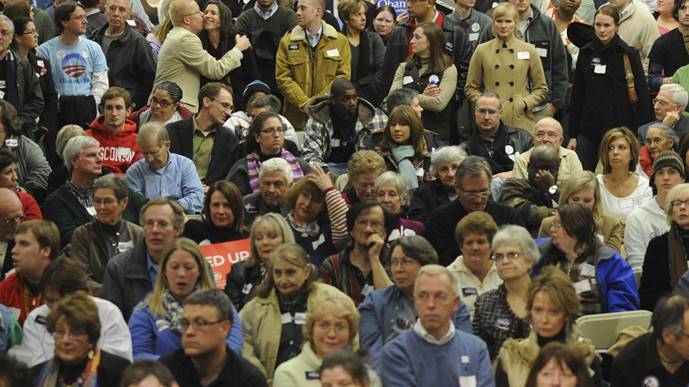 (7:30am PST  update: As we still do not have the Iowa vote count I am unable to write this story as planned. The vote counting fiasco should be the final straw in ending Iowa’s first in the nation caucus, for the additional reasons set forth below).

Time for the Real Elections to Begin

Last night’s Iowa caucuses did not show our electoral system at its best. The coin flips for delegates,  91% white  disproportionately older electorate, lack of absentee voting, secret ballots or disabled accessibility, reliance on voter’s evening availability as opposed to standard election times, and three methods of vote counting combined to make a mockery of the democratic process. Turnout was far lower than 2008 despite the multiple candidates and competitive field.

The delayed ballot counting added to the confusion. Yet CNN and MSNBC moderators kept lauding this undemocratic process as the essence of democracy.

So what does it all mean?

My feeling before last night was that Iowa and New Hampshire are so profoundly unrepresentative of the Democratic Party electorate that neither outcome would be decisive. California’s inclusion in the March 3 Super Tuesday makes those contests the first real test of candidates’ strength.