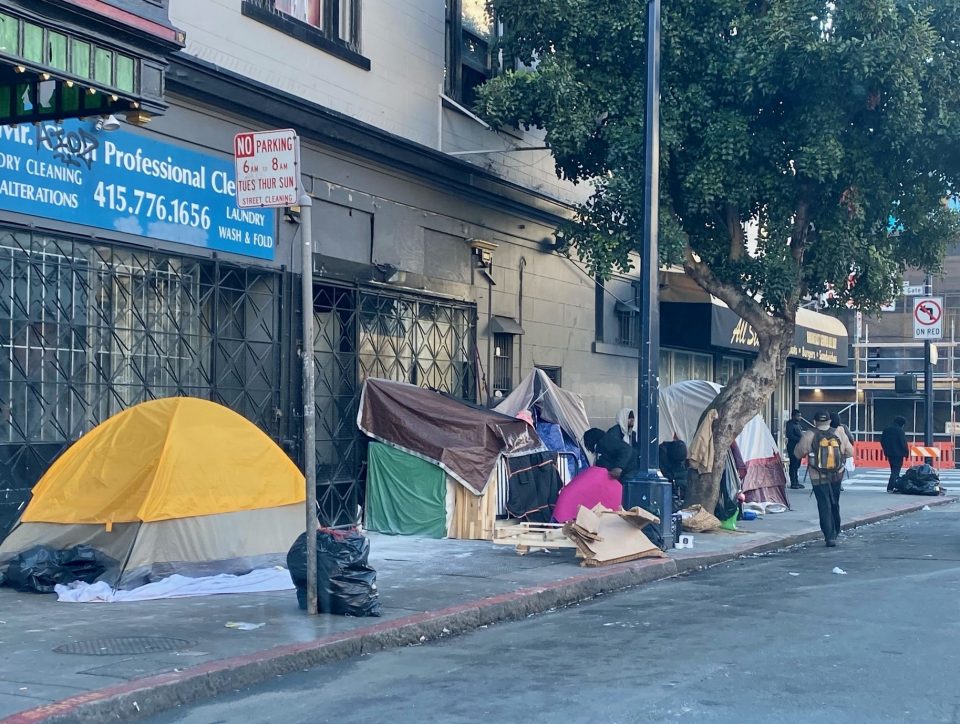 Tents in SF while FEMA funds for hotels go unspent

With thousands sleeping on streets, the Biden Administration’s plan to fund 100% of the cost of temporarily housing them is great news. But cities and counties must seize these federal dollars. And given their slow response so far, hundreds of millions of federal homeless dollars could go unspent.

How is this possible? Democratic cities have begged for increased federal homeless funding. Why would cities not eagerly seize upon this opportunity?

It’s a tragedy in the making. But one that quick action now can still avoid.

Here’s what I see going on.

The sudden influx of federal homeless funds has left local governments feeling overwhelmed. Staff wants to do the right thing but lack the authority. What’s needed is an all hands on deck approach to  maximize housing. But those in control are moving too slowly.

We saw this after the pandemic began. Many cities and counties were slow to expand FEMA funded hotels. As homeless advocates cheered the feds picking up 75% of the hotel cost, cities expressed fears that FEMA would suddenly yank out funding and leave cities holding the bag. These misguided fears caused Los Angeles—with the nation’s worst homeless problem— to suspend its hotel program last fall. San Francisco planned to close FEMA hotels even after Biden’s victory made continued funding virtually certain; it took strong Board of Supervisor opposition to keep San Francisco’s program alive.

Now cities’ unnecessary caution has returned. Despite the Biden Administration retroactively raising  FEMA reimbursement to 100%, a major hotel expansion has not occurred. Most cities do not even have an expansion plan. As atmospheric rivers and cold temperatures endanger the lives of the unhoused, cities continue to fiddle.

It’s a scarcity mentality. Cities have spent so many years starved for homeless funds that they have trouble adjusting to the new 100% FEMA reimbursement environment.

I’ve seen this firsthand in Berkeley, where I now serve on the city’s Homeless Commission. For two weeks I have been trying to discover what plans exist to get more Berkeley hotels leased for the city’s homeless.

Berkeley, like Oakland, is at the mercy of Alameda County. As this is written, the county has made no firm commitment to expand Berkeley’s FEMA hotel supply (I sent officials three hotels interested in FEMA contracting to facilitate this). It’s not even certain that existing FEMA hotels in Berkeley will be retained.

And this is in progressive Alameda County, whee Berkeley and Oakland have visible homeless problems.

I contacted San Francisco’s Human Services Agency last week to connect with a tourist hotel owner I know who has 100 rooms available for the unhoused. City staff contacted the owner right away. But I am not aware that San Francisco has developed plans for a rapid multi-agency expansion of its FEMA supply. If its happening, I’d love to hear about it.

Elected officials can help by publicly pushing their cities to secure FEMA funds. I realize this is harder in Berkeley, Oakland, Los Angeles and other cities whose FEMA funding is under county control. But Oakland Councilmember Rebecca Kaplan has been very outspoken on social media about the need to expand FEMA hotels. And San Francisco Supervisor Ahsha Safai will hold a hearing on a resolution urging the city to acquire more hotels for the unhoused on February 18; most of his Board colleagues have consistently backed an aggressive acquisition strategy.

We can do this. It’s a matter of political will.

Why make such a big deal when FEMA housing is temporary and slated to end in September? Two reasons.

First, it’s obviously better for the unhoused to be in hotels rather than on the streets. Forcing the unhoused to survive the cold with makeshift fires had disastrous consequences in Oakland last weekend; I’ve written a lot about the health risks that those in tents also pose to pedestrians who get less than six feet of social distancing on Tenderloin sidewalks.

Second, spending time inside hotel rooms facilitates the move to permanent housing. Some who have slept outside for years have a hard time transitioning to SRO living.  The FEMA program offers them a valuable transitional housing experience.  Those having difficulties adjusting in temporary hotels can be identified and secure additional services. This will make their eventual transition to permanent housing more likely to succeed.

It’s hard to identify and help those needing acute services when they are sleeping in tents on sidewalks (which, as the photo above shows, is still occurring in San Francisco’s Tenderloin). That’s why expanding temporary housing helps even those unable to adjust to their new lodgings—they can now get the help they need.

Given the FEMA funding there is no excuse for cities to have tent dwellers on sidewalks. Nearly all of the prior hundreds of Tenderloin tent dwellers eagerly accepted offers of hotel rooms; few people “choose” to live on the street.

I have previously highlighted San Francisco’s need to adopt a multi-agency approach to both expand permanent and temporary housing and increase the pace of referrals (See “San Francisco Can Slash Homelessness: Will City Act?”). Expanding FEMA hotels requires a similar approach for all cities.

We are in a housing emergency and pandemic. Cities cannot leave tens of millions of FEMA dollars unused—and miss out on an extraordinary opportunity to sharply reduce homelessness.