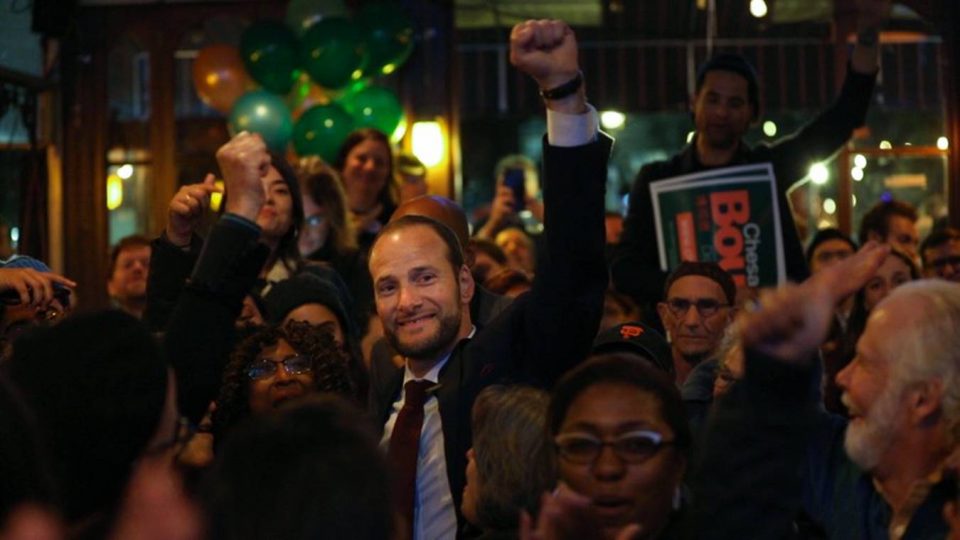 After eight years of George Gascon refusing to vigorously prosecute Tenderloin drug dealers, many in the neighborhood were looking forward to Suzy Loftus permanently replacing him as San Francisco District Attorney. Loftus backed community demands around police redistricting in 2015 and was expected to stop the revolving door of drug dealer arrests that has long hurt the Tenderloin.

But Loftus lost and Chesa Boudin is the new District Attorney. He is unknown to many in the Tenderloin.  Some fear that his concern with mass incarceration—which most San Franciscans share—will lead him to refuse to prosecute a Tenderloin drug dealer demographic which is over 90% African American or Latino.

Some Tenderloin people felt Boudin’s election would be the worst thing that could happen to the neighborhood. But these critics are wrong. Here’s why.

George  Gascon was not part of any criminal justice social movement. With his San Francisco political career launched by Gavin Newsom, he was never seen locally as “progressive.”

Gascon got burned soon after he became Police Chief in 2009 by arresting so many Tenderloin drug dealers that the Sherriff and Public Defender complained. As District Attorney he made sure not to repeat that “mistake.” Gascon also never built a political base which is why he would have lost re-election had he stayed in San Francisco.

Chesa Boudin has very different roots and priorities. He will be a District Attorney whose approach to low-income communities of color will become a national story. Unlike Gascon or any San Francisco District Attorney since Terrence Hallinan, he is a true progressive who does not feel low-income communities should be containment zones for drug dealers. When Boudin met with a member of my staff during the campaign he expressed surprise that there was not more police visibility in the Tenderloin.

Hallinan’s shortcoming was he won election as District Attorney without knowing how to run the office. In contrast,  Boudin’s tenure as deputy public defender educated him about how the District Attorney’s office operates. He knows how to end the revolving door that Tenderloin drug dealers arrested time and again have used to avoid prosecution.After all, the public defender’s office represents these criminal defendants.

Boudin ran an avowedly political campaign. This makes it a lot easier for the Tenderloin to hold him politically accountable for not serving the neighborhood. My sense is that he welcomes that accountability. He believes his office can help reduce drug dealing in the Tenderloin and elsewhere.

There have been rumors of mass police resignations if Boudin were elected. This obviously concerns Tenderloin people as the neighborhood suffers from a lack of officers (which is why Tenderloin “beat patrols” are rarely seen). The Tenderloin has lacked officers since former Chief Suhr instituted a redistricting plan in 2015 that vastly expanded the district and left it understaffed. Residents, owners and nonprofit workers urged the Chief not to create a new Tenderloin Station and all of our predictions of increased drug activity and fewer officers have proved true.

I don’t know if these police resignations will occur. But I feel a disconnect from the officers I talk with in the Tenderloin and the angry, combative negativity expressed by the Police Officers Association (the POA). If an officer wants to leave because Boudin has a more progressive approach to criminal justice, the city may be better off without them.

If the POA feels it can make Boudin look bad by either leaving the SFPD understaffed or by not making arrests, they are making another political mistake. Boudin overcame a $600,000 independent expenditure campaign by the POA, and the voter backlash to that campaign likely helped elected him.The POA’s causing understaffing or not making arrests would just give Boudin an excuse for not succeeding.

Police officers certainly should leave if they do not want to work with Boudin as District Attorney. But no District Attorney could be more lenient on drug dealing and other crimes than George Gascon.

Give Boudin a Chance

I encourage Tenderloin folks upset with Boudin’s victory to give him a chance. D6 Supervisor Matt Haney actively campaigned for Boudin and has his own responsibility for reducing district drug dealing; Haney also needs a District Attorney who is aggressive in prosecuting D6 drug dealers, as voters will also blame the supervisor if the same dealers repeatedly return to the street.

The national movement for criminal justice reform does not want stories coming out of San Francisco about low-income communities of color suffering under an ideological driven “social justice” mayor. I don’t think Boudin fits that stereotype. I think he is a true progressive. That means he cares about the quality of life for the low-income and working-class residents of non-gentrified urban neighborhoods like San Francisco’s Tenderloin.

The San Francisco District Attorney’s office needs major change. And while Loftus supporters will still regret her defeat, the Tenderloin must now work with Chesa Boudin to  end public drug dealing in the neighborhood.