Will Boulder, Cambridge and Seattle Voters Back Housing? 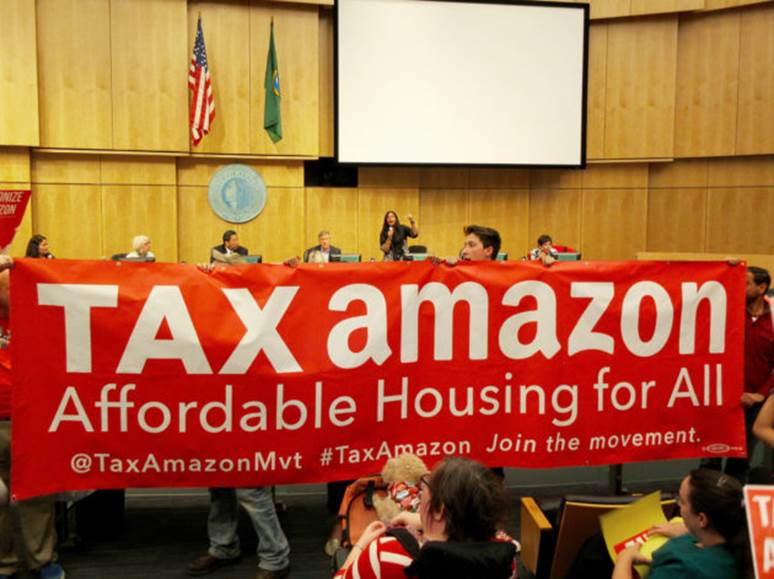 Council Races Will Decide Who Gets to Live in These Cities

“One of the most heartening region-wide developments, though, is the emergence of unapologetically pro-housing voices. It takes significant bravery to stick up for the greater good in the face of NIMBYism, and candidates who do deserve to be rewarded on Tuesday.”–Boston Globe, Nov.2

Three “progressive” blue cities that still maintain exclusionary zoning hold city council elections tomorrow.  I write about all three in Generation Priced Out and have closely followed their housing politics over the past year.

The stakes are high. Those elected will decide whether a new generation of working and middle-class residents can obtain homes in these cities or continue to be priced out.

Two key facts impact tomorrow’s elections. First, the focus on Trump’s impeachment  has shifted attention from local politics. This could mean a lower voter turnout across the board. Second, these off-year low-turnout local elections do not favor urbanists. Instead, they empower a disproportionately older, whiter homeowner electorate; this explains why politicians protect an exclusionary housing agenda that a more representative electorate would oppose.

Boulder, Cambridge and Seattle have all seen vigorous fights over housing policy. Taking into account that incumbent city council members are always tough to defeat,  these races offer guidance as to the electoral potency of housing issues.

In Boulder, the longtime PLAN Boulder Council majority (now affiliated with Together4Boulder) is running a slate to continue its no-growth, anti-housing policies. These “progressives” block new apartments, oppose increased density and are preventing all but the rich from living in the city. Generation Priced Out describes how some Boulder residents want the city to follow the lead of Palo Alto, a primarily white enclave with $2.8 million median home prices; sadly, the once hippie haven is doing just that.

City zoning policies have prevented multi-unit construction and  priced out an entire new generation of young people. The University of Colorado is based in Boulder and students know that upon graduating  they cannot afford to stay in the city. This explains why young voters have not altered the city’s political balance; few invest in building a connection to a city they know they will have to soon leave.

I met a lot of local activists when I did a book event in Boulder last March. They were deeply unhappy with the city’s direction. They favored economic and racial inclusion and increased housing density and are among those backing a rival candidate slate of true progressives. The slate is backed by The Coalition, Boulder Progressives and Better Boulder.

Boulder can become a more affordable, economically and racially diverse city. But it requires allowing  more multi-unit dwellings and stopping the worship of single family home zoning. We will learn tomorrow if there remains enough voters left in Boulder who support this more inclusive vision.

Cambridge politics are also divided over housing policy. A Better Cambridge, which supports increased density, backed a citywide 100% Affordable Housing Overlay that fell one vote short of passage (it got majority Council support but Massachusetts has a terrible law that requires super-majority approval on zoning changes for housing). Tomorrow’s election could bring that additional vote or end the near-term prospects of the city backing a rezoning to promote affordable housing.

The rival coalition to A Better Cambridge is the Cambridge Residents Alliance. While also identifying as “progressive,” its definition of the term does not include increasing density to expand affordability. Among CRA’s candidates is incumbent council member Dennis Carlone.  I describe in Generation Priced Out how his successful 2013 campaign included a claim that increasing density in Cambridge would be akin to “Pearl Harbor.” In other words, he sees allowing new fourplexes or the return of the traditional triple-decker to Cambridge as akin to the airplane bombing of the city.

Candidate and first-term council member Sumbul Siddiqui recently learned this the hard way when she  became a victim of such “progressive” housing hypocrisy. Hearing from residents who did not want a dilapidated courthouse in East Cambridge to remain an open blight, Siddiqui got the developer to double the project’s affordable housing to 48 units. She then cast the deciding vote in favor of the project..

Siddiqui made the type of deal expanding affordability that former San Francisco Supervisor Jane Kim regularly made and was cheered by progressives for doing so. But the Cambridge “progressives” who oppose rezoning for affordable housing wanted the project killed. The Cambridge Residents Alliance and Our Revolution Cambridge endorsed Siddiqui in 2017 but told her they would not back her now if she supported the project. And after she backed the project they did not endorse her.

Cambridge, like Boulder, has a lot of students who only vote in state and national elections. Incumbents are also hard to beat ( true in most cities). So winning that additional council vote for increasing affordable housing in Cambridge will not be easy; a vote for the status quo allows opponents of the Affordable Housing Overlay to continue to claim support for affordable housing while doing everything in their power to stop it.

Thanks to Amazon, Seattle’s local elections are on the national political radar. The New York Times’ headline framed it last week, “Amazon Tests ‘Soul of Seattle’ With Deluge of Election Cash.”

I wrote about how many self-identified “progressive” homeowners in the District 4 Council race between Shaun Scott and Alex Pederson were backing the more conservative, pro-business Pederson solely because he supports exclusionary single-family zoning (See “Are ‘Progressive’ Homeowners Really Progressive?” October 1, 2019). Scott is a full-fledged urbanist who would bring another pro-density, truly progressive perspective to the City Council (Disclosure: I donated $50 to Scott’s primary campaign).

Will Scott win? By calling attention to the election Amazon may have boosted turnout for the progressive candidates it opposes. Scott has run a great grassroots campaign but off-year elections typically produce a much lower voter turnout among the students, renters, and young voters who heavily favor him. Turnout was 30% lower in the August primary than in November 2018 (most  students were gone then but are here now).

Amidst the mountain of stories on Minneapolis’ ending exclusionary zoning were  some that  recognized that this monumental act only happened because voters elected pro-housing councilmembers. Especially Lisa Bender, whose personal skills were joined by her planning experience that brought valuable technical insights to the Council.

We saw a similar pattern in Austin, where Councilmember Gregorio Casar led the effort to pass the Affordability Unlocked Development Bonus Program. Without Casar’s leadership, and a November 2018 election cycle that brought a pro-housing majority to Austin’s City Council, this measure does not happen.

City Councils across urban America are deciding whether to build infill housing, protected bike lanes, and invest in public transit. Much of the Green New Deal can be implemented locally—-but that requires electing local officials willing to take on anti-density, pro-parking homeowners to achieve these goals.

We’ll know Tuesday night whether that happened. And I hope activists in the cities where it did not happen move toward aligning their local elections with state and national. I describe in Generation Priced Out how re-aligning local elections boosted voter turnout in Santa Monica and will soon do so in Los Angeles. Urbanists cannot continue allowing city politics to be controlled by an unrepresentative share of the electorate, one that is seemingly obviously to the connection between housing policy and climate change.