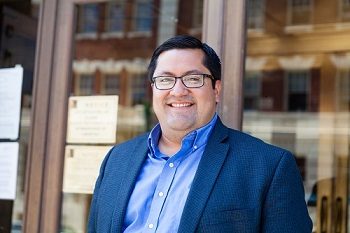 The Berkeley City Council has a critical vote tonight, notwithstanding the pandemic. The council is considering legislation to prevent builders within opportunity zones (OZ) from meeting inclusionary housing requirements by paying into the city’s Affordable Housing Trust Fund (HTF).

Why is Berkeley choosing this time to slash affordable housing funds? Great question.  It appears the legislation’s backers are eager to pass a measure they believe will kill all market rate projects in the targeted area (all of Shattuck into the Downtown & parts of West Berkeley, including the Adeline Corridor).

In Generation Priced Out: Who Gets to Live in Urban America I describe how “progressives” in Berkeley, Cambridge, Los Angeles, Seattle, San Francisco, Boulder and other cities also claim to support affordability while backing policies that worsen it. The new preface to the newly released paperback of my book describes how “progressives” in Cambridge even opposed a 100% Affordable Housing Overlay—all in the name of promoting “affordability.”

Cambridge and Berkeley have long competed for academic greatness. Now they rival in “progressive” hypocrisy.

But there’s nothing actually “progressive” about the Berkeley measure. Even the most anti-market rate housing San Francisco progressives oppose slashing nonprofit housing funds.

Inclusionary housing laws typically give builders the option of including below-market units on site or paying an in-lieu fee for a nonprofit builder to construct new affordable housing. This legislation eliminates the second option within the targeted area that includes South Berkeley.

But this legislation doesn’t seek to make Berkeley’s affluent Elmwood, Thousand Oaks or Berkeley Hills neighborhoods more inclusive. The city council majority would not think of such a thing! These upscale neighborhoods are governed by strict exclusionary zoning that bans new apartments. in these upscale areas. Instead, the legislation targets a less affluent section of Berkeley where apartments are being built and—if this measure is defeated— will continue to be constructed.

So the chief positive reason to prefer on-site inclusionary does not apply to the Berkeley law. But the major downsides or requiring on-site over in-lieu fees are all relevant.

First, on-site serves higher income residents. Berkeley’s lowest income beneficiaries earn 50% of area median, or $43,000 for a single person. Nobody earning less would be able to move into the housing covered by the proposed legislation.

In other words, the Council plan denies housing funding for the very poor and/or unhoused. In a city with an enormous homeless problem. Berkeley should be encouraging market rate developers to leverage money for the unhoused, not prevent this.

The second big downside is that on-site inclusionary in this area will exclude families with children. That’s because most market rate units are studios and the affordable on-site units will be studios as well.

In contrast to for-profit projects, nonprofit housing groups tend to prioritize two and three bedroom units that serve families. That’s why it’s better for them to get the money.

I’ve heard backers of the new policy believe it will help house low-income African American families. That is wrong. To the contrary, it virtually ensures these families will not be living in any inclusionary housing  in the designated zones. Taking money from the nonprofit builders that prioritize housing families with children prevents African-American families from moving into the 100% affordable units that would have been constructed. As noted, the vast majority of the market rate units and hence nearly all the on-site inclusionary units will be studios and one-bedrooms, not ideal for families with children.

Finally, the third downside to requiring on-site inclusionary is that many developers  do not like it. San Francisco is notorious for delays in filling on-site units and when they sit vacant the developer takes the loss. Many prefer to pay into the city’s affordable housing fund (Berkeley’s funds go to the Housing Trust Fund) and if not given that option will not build at all—which is the legislation’s primary goal.

Berkeley is considering this plan at the absolute worst possible time.

As I recently wrote for Shelterforce, now is the best time for nonprofit housers to buy land and already entitled projects. That’s because the private financing market has dried up while nonprofits have protected funding sources (some local, like voter approved bonds and parcel and transfer tax increases).

I lay out the details in the article but let’s be clear: at a time when nonprofits can leverage cash better than ever, the Berkeley City Council wants to slash nonprofit funding.

Which Side Are They On?

The legislation’s chief backers—councilmembers Hahn, Harrison, Davila and Bartlett—routinely oppose market-rate housing. The measure is supported by those opposing SB35 (the state’s leading engine for affordable housing), AB 2923 (housing on BART parking lots), and AB 1227 (affordable student housing). They are also among the councilmembers whose efforts to stop a triplex on a site allowing a fourplex resulted in years of losing lawsuits and significant costs to Berkeley taxpayers; I tell the whole story in Generation Priced Out.

Stopping new housing has brought Berkeley historic levels of unaffordability. The city’s anti-housing agenda has failed from every perspective except one: it has further enriched longtime Berkeley homeowners and landlords.

Berkeley’s anti-housing policy has particularly failed to stop the outmigration of African Americans from the city. In fact, Berkeley’s restricting housing supply has expedited the city’s transformation into a wealthy white enclave outside of the campus or downtown area.

A majority of the Council has already expressed support for this legislation by sponsorship or in committee. Mayor Jesse Arreguin is the critical swing vote. He already voted for the measure in the land use committee.

I’m told that Arreguin feels he owes his election as mayor to the strong support from the anti-housing neighborhood groups that back the proposed legislation. But this vote is really about whether he wants  a political future once his mayor’s tenure ends in 2024 (he faces no serious re-election challenge in November).

Can Arreguin win an Assembly or County Supervisor’s seat with an anti-housing record? I don’t think so, given that Nancy Skinner and Buffy Wicks are about as pro-housing as they come. Berkeley’s elite, homeowner driven anti-housing politics are liabilities when other East Bay residents also vote.

Arreguin talks a good game on housing while opposing projects and appointing anti-housing land use commissioners. He convinced SF Chronicle reporter John King to write in February that a progressive majority that “was expected to curtail new market-rate construction instead is urging it on.”

But King’s rosy assessment was based on student housing that the city council can’t stop and on housing built downtown that voters mandated. Tonight is the true test.

If you want to read more about the legislation, Berkeley’s superstar council member Lori Droste did a long thread on Twitter detailing why it should be defeated. Go to @LoriDroste

The measure’s backers are so desperate to slash affordable housing funding that they scheduled this critical agenda item when there cannot even be a real public meeting. But you can virtually join tonight’s meeting at https://zoom.us/j/724407089. Tell the council to vote no on 39.

Randy Shaw discusses Berkeley’s long anti-housing history in Generation Priced Out: Who Gets to Live in Urban America