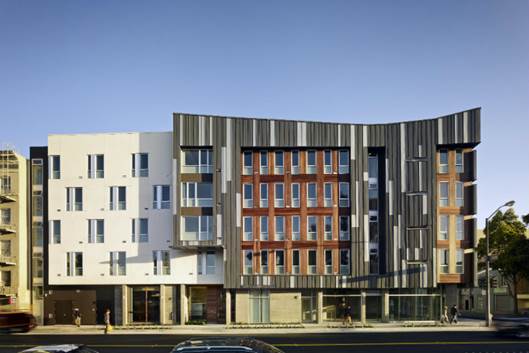 Democrats’ takeover of the House and key state and local wins sets the stage for major housing gains in 2019. This includes major HUD funding increases, boosting California’s housing spending along with increased tenant protections and development reform, and rezoning cities across the nation to legalize apartments.

Here’s how this can happen.

Thanks to the National Low Income Housing Coalition (NLIHC) and other DC-based groups, HUD spending in 2018 actually increased 10% over 2017. With strong housing advocate Speaker Nancy Pelosi leading a Congress featuring new urban leaders, the House could approve the most ambitious HUD funding package in decades.

True, the Republican-controlled Senate will not accept the House housing budget as passed.  But the ultimate budget deal could bring the biggest HUD increase in memory. And considering 75% of eligible low-income households are not currently getting HUD assistance, a massive HUD funding increase is a moral imperative.

To win this increase advocates must start contacting congressmembers and senators and mobilizing to increase HUD funding now. Priorities are already being set and if housing does not get on the Democrats’ list next spring will be too late.

Recall what happened after Obama took office in 2009 with Democrats controlling the House and Senate. Although Obama appointed a HUD “Dream Team” of Secretary Shaun Donovan, Carol Galante as Deputy Assistant Secretary for Multifamily Housing Programs, and Mercedes Márquez as HUD Assistant Secretary of Community Planning and Development, this talented leadership trio could not win a transformative HUD budget.

The reason? The Obama Administration had higher priorities, particularly health care. And advocates for other agendas were encouraged if not expressly told to hold off until health care passed. By the time it did in 2010 the opportunity for a big hike in HUD spending had passed.

I thought of 2009 when I read Bernie Sanders’ November 21 Washington Post op-ed setting forth a “bold agenda” for the Democratic Congress’s first 100 days. Affordable housing got a brief mention as part of a $1 billion infrastructure plan but the need for massive HUD budget increases to subsidize rents was not included among Sanders’ top priorities.

That’s why it is not too soon for housing advocates to tell their House member and Senators to prioritize a major HUD budget increase. If there is going to be a “Green New Deal” than billions of dollars for green and affordable infill housing must be included.

To become part of the all -out national campaign to increasing HUD funding people and groups should join the NLIHC. Its March conference will likely become a big mobilizing opportunity for housing advocates to meet with their representatives in their DC offices.

Up for Growth is new national organization that will also be pushing for more federal dollars. Up for Growth is enlisting more private development interests in the HUD funding battle, and its formation could not have come at a better time.

Brown’s 2011 killing of state redevelopment agencies eliminated hundreds of millions of dollars for affordable housing. The Governor and legislature could have backfilled the lost redevelopment housing funds with general fund dollars, but never did.

It was not until 2017, when the state’s big city mayors joined legislative leaders in demanding Brown address the crisis that housing got state assistance (See “Why Housing Won in 2017”). But the big funding allocations were slated to come from bonds on the November 2018 ballot (the winning Props 1 and 2), which have a slower allocation process than the general fund.

California maintains a $13.8 billion Rainy Day Fund. But the state’s housing and homelessness crisis is a hurricane that demands more resources.  At least $1 billion of the Rainy Day fund should go for affordable housing in 2019 and more than double that amount is justified.

On tenant reforms, Newsom said he supports the Ellis Act reform bill that narrowly failed in 2014. The bill imposed a holding period prior to invoking Ellis, preventing speculators from buying a building and then “going out of the housing business” the next day, evicting all of the tenants. If tenant groups get behind Ellis reform it could readily pass in 2019.

I see no prospect in 2019 of a legislative deal reforming Costa-Hawkins. Any deal made over Big Real Estate’s objections would end up returning to the ballot as a referendum, so voters will have to approve Costa-Hawkins reforms one way or the other.

Scott Wiener will soon announce a new version of 2018’s failed SB 827.  I described why SB 827 failed and have been encouraged by Wiener’s addressing the problems that led to the bill’s demise. Newsom’s likely support for Wiener’s efforts will help, and I look forward to seeing the new measure.

Housing California, the state’s leading regional nonprofit housing consortiums (NPH and SCANPH), and local YIMBY or affordable housing coalitions will be involved in making this happen. So those who want to make sure California resumes funding affordable housing out of its general fund have many groups to potentially join.

The recent victory by Minneapolis activists in winning triplexes in all residential zoning districts along with other land use changes (to be formally approved December 7) reflects years of struggle. Activists in other cities are also working to increase density in residential neighborhoods (many describe themselves as YIMBYs for Yes In My Backyard), and 2019 could well become the year in which progressive cities finally moved toward legalizing new apartments citywide.

I describe the groups, individuals and strategies involved in this urban movement for greater inclusion and diversity in my new book, Generation Priced Out: Who Gets to Live in the New Urban America. Momentum is growing.

In recent days Portland announced its City Council will not vote on its Residential Infill housing plan until the summer. But the prospects for passage appear good.

Austin awaits its December runoff election for City Council to assess whether the votes will be there for increasing density in its residential neighborhoods. Austin’s politics of housing were greatly advanced by the November election, which saw incumbent mayor Steve Adler win a landslide victory over an opponent representing the city’s powerful anti-density homeowner groups.

Seattle last week got the go-ahead to implement its Housing Affordability and Livability Agenda (HALA) after defeating homeowner appeals. Seattle homeowner groups have fought tooth and nail against promoting inclusion and diversity, and prove that even that pro-housing city can see projects slowed by lawsuits.

Los Angeles is finally breaking homeowner opposition to new shelters and housing for homeless persons in many neighborhoods. San Francisco voted to double its spending on homelessness, reflecting an electoral trend of voters supporting funding to address the housing and homeless crisis.

All of the cities making progress on getting more housing built have activists mobilizing at public hearings to make this happen. This mobilizing is key to winning a housing breakthrough in 2019.

Randy Shaw is Editor of Beyond Chron and the author of Generation Priced Out: Who Gets to Live in the New Urban America, which was just released by the University of California Press.