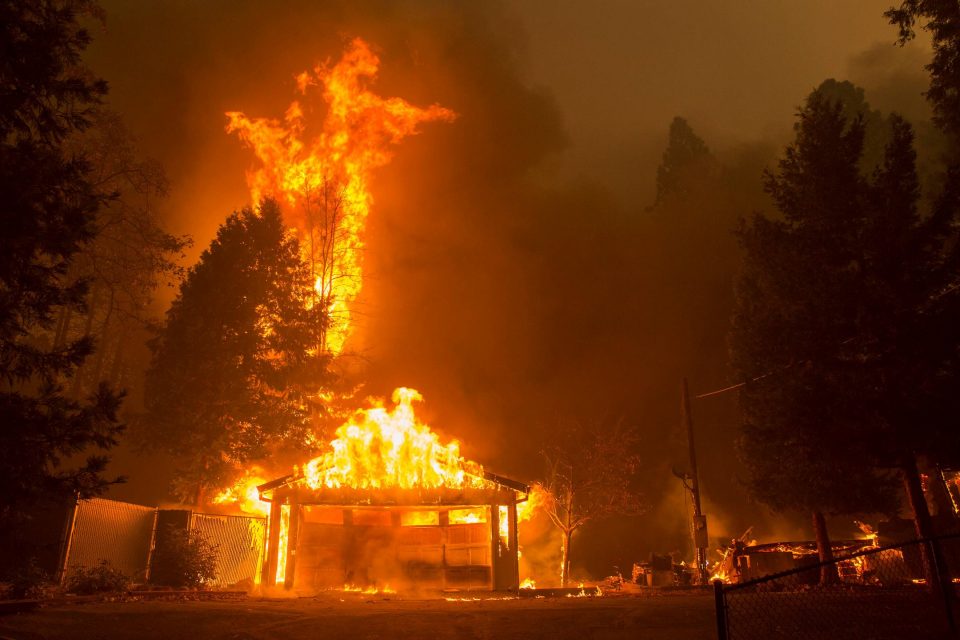 The November 2018 Camp Fire in the foothill town of Paradise was the “deadliest and most destructive wildfire” in California history. The previous worst, the Tubbs Fire, occurred in 2017. October 2019 saw the Kincaid Fire, the second largest in the history of Sonoma County. It triggered unprecedented power shutoffs in the Bay Area, a scenario that could be repeated this fall.

Like many, I hoped these fires would boost efforts to increase infill housing and restrict building in fire-risk areas. But this did not happen. Despite the human and financial cost of these disasters, local and state officials remained as resistant to promoting infill housing as ever before.

Politicians like Los Angeles’s Henry Stern even used the threat of wildfires to justify opposing Scott Wiener’s SB50 last January. He said the bill did not do enough to stop housing in high fire risk areas, so helped kill a plan to facilitate infill housing (before voting Stern rejected an amendment to to ban new housing in high fire areas in his district).

Will the past week’s lighting fires in Northern California play out any differently?

The early evidence is not good. San Francisco Supervisor Gordon Mar chose the start of last week’s fires to introduce a resolution that would shift San Francisco’s housing obligations under ABAG to other cities.

It’s not that Mar strongly desires forcing housing to be built in high-fire risk areas. Like some of his fellow “progressives” Mar believes that restricting market-rate housing will make San Francisco more affordable.

The smoke has clearly gotten in their eyes and minds.

I describe in Generation Priced Out: Who Gets to Live in the New Urban America how nearly every San Francisco neighborhood gentrified without new market rate development. Not building housing created an artificially scarce supply that still drives up rents and home prices.

I also describe how San Francisco’s failure to build housing for its workforce has worsened climate change by forcing people into long car commutes. Prior to the pandemic 140,000 drivers commuted from more affordable housing in Sacramento to their jobs in the Bay Area.

But Mar and his allies don’t care about the regional impacts of their housing policies. Their goal is keeping their district’s homeowners happy so they get their votes and are free to pursue labor and social justice policies these homeowners may oppose.

The same dynamic applies in Los Angeles and most other “blue” cities. Opposition to apartments in single-family home neighborhoods becomes the political chit that “progressives” exchange with economically self-interested homeowners. So long as they maintain racist and elitist exclusionary zoning laws they are free to pursue other progressive policies.

The Wildfire of Racism

George Floyd’s murder unleashed a deluge of stories about white progressives posting “Black Lives Matter” signs while battling against new apartments or affordable housing in their neighborhoods (See, for example, “Will Progressives End Racist Zoning,” June 16, 2020). Yet even the Movement for Black Lives has not yet caused urban politicians to end racist zoning practices.

Has any city or state moved in that direction?

Portland’s recent passage of its historic and sweeping Residential Infill Project was in the works long before BLM. And Cambridge’s 100% Affordable Housing Overlay was effectively backed by voters in council elections last November. Massachusetts’ Housing Choice bill was likely positively impacted by the Movement for Black Lives but it too was in the works for some time.

In contrast, California’s soon to concluded legislative session has been a nightmare for housing production. State legislators have ignored racism, wildfires and anything else that interferes with their securing pro-exclusionary zoning homeowner votes.

Even Donald Trump’s public opposition to building apartments in affluent white neighborhoods did not cause “progressives” to reconsider their similar position. When your housing views align with Trump you are not pursuing the anti-racist course.

Politicians may need more time to re calibrate their longtime support for single family zoning and restrictions on urban infill. Maybe the impact of wildfires, worsening climate change and the BLM will show itself locally, statewide and nationally in 2021.

But the progressive hypocrisy on backing housing policies that promote wildfires, climate change and racial segregation is deeply entrenched.

Our best hope may be with a national Green New Deal that requires zoning reform and infill housing—a strategy recognizing that state and local officials are too dependent on homeowner votes to save the planet or combat systemic land use racism.