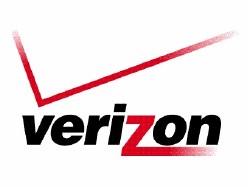 Last Saturday, 100 Verizon workers and their supporters from the Washington D.C. area — some of the 45,000 company employees who went on strike last week around the country — protested outside of a Verizon wireless store at 13th and F streets. Verizon is demanding nearly $1 billion in concessions from union workers at a time when Verizon doubled its profits in the last year to $10.2 billion.

Mike Harris, president of D.C.-based Communication Workers of America Local 2336, told me that the concessions “would crush the union.” Many union supporters have said that the total cost, per employee, of the pay and benefit concessions Verizon is seeking is seeking would amount to $20,000.

The picket line I attended on Saturday was only two blocks from the White House. President Barack Obama was not on the picket line. “I know the president is a very busy man, but he should be here,” Harris said. “This is a fight about saving the middle class and saving our union.”

Indeed, during his campaign, President Obama said: “If American workers are being denied their right to organize and collectively bargain, when I’m in the White House, I’ll put on a comfortable pair of shoes myself. I’ll walk on that picket line with you as president of the United States because Americans deserve to know that somebody is standing in their corner.”

Harris believes his union’s ability to bargain is being threatened by Verizon’s demands—but so far the president has not marched on a single picket line. The White House has not even an issued a statement on where it stands on the strike despite it being the largest strike in four years. The White House press office declined to comment on the strike.

Yet the White House has made no public statements whatsoever on the Verizon strike.

This despie the fact that President Obama’s healthcare reform is playing a very big role in Verizon’s push for workers to pay more for healthcare. Currently, union workers at Verizon pay nothing for their healthcare, but under Verizon’s plan workers could pay anywhere from $1,300-$3,000 a year. Verizon has cited the 2010 Patient Protection and Affordable Care Act (aka “Obamacare”) as the reason for asking union employees to contribute to their healthcare plan.

In literature distributed to employees and in the press, Verizon said:

Under the 2010 Patient Protection and Affordable Care Act, an excise tax will be levied on healthcare plans with very generous plan design components (so-called “Cadillac plans”). . . . This excise tax is projected to cost the company as much as $200 million in 2018 when the tax is imposed; however, Verizon is required to account for this cost now. Accordingly, we will need to modify plan designs to avoid the impact of this tax.

President Obama could release a statement saying it is wrong for companies to shift excise tax costs to workers (seven years before the tax goes into effect) — something Obama said would not happen when the legislation passed last year.

An image of President Obama standing on a picket line with workers fighting a profitable company demanding deep concessions could help Obama win re-election in 2012. By standing with Verizon picketers, the president could help heal an uneasy relationship with organized labor, which has been frustrated by Obama’s failure to push for labor law reform, his focus on lowering the deficit as opposed to creating jobs, and his push for free-trade agreements with Panama, Colombia and South Korea. Standing with striking Verizon workers could help capture some of the same energy unleashed by this year’s protests in Madison, Wis.

Instead, the White House has been silent.

But some unionists think it’s not too late for the president to show which side he’s on. “I think if Obama walked on a picket line with us, it would show he was trying to stand with workers. I think it would be more than a photo op,” says Providence, R.I.-based Verizon worker Eddie Blackburn of IBEW Local 2323. “Obama has been a big letdown. A lot of things we want he has let fall by the wayside. Where are the jobs? Where are the things that are going to help the labor movement?”

The unions (IBEW and CWA) and Verizon management remain far apart in contract negotiations; this strike will likely continue for months and affect the phone service of millions of people from Maine to Virginia. D.C.-based Verizon workers plan to picket this week at 17th and L streets and 13 and F streets, both a few blocks from the White House.

“President Obama is welcome to come down to our picket line any day he wants,” Harris says. “We would love to have him. We think he needs to be on this picket line standing up for the middle class.”

EDITOR’S NOTE: This piece was first published at In These Times.