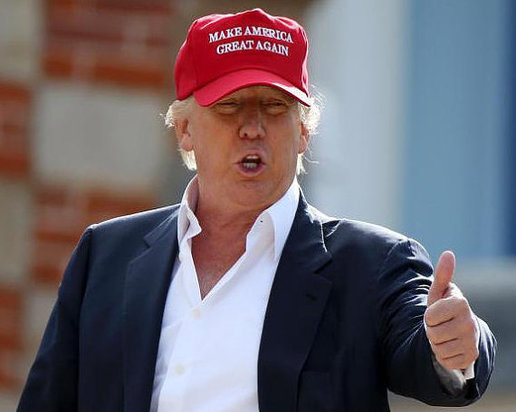 Donald Trump will lose the November election in a landslide. I’ve heard such insightful observers as Van Jones suggest Trump probably will win, and Willie Brown explain how Trump could win, but a Trump presidency is not going to happen.

First, no Republican could win the White House in 2016 due to the demographic shifts that prevent the Party from winning the presidency. Republican elites recognized this after 2012 and sought to win back Latino votes in 2016 by supporting immigration reform. But the GOP base forced all of its potential nominees to back mass deportations, and Trump has galvanized what will prove an historic pro-Democratic Party Latino turnout.

Second, the economy is stronger than in 2012 and, contrary to the media framing of the 2016 election, polls show most voters are not angry. 2016 is a different universe from the 86% white electorate whose frustration with historically high inflation, economic stagnation, and Jimmy Carter’s “malaise” led them to elect Ronald Reagan in 1980.

Third, voters strongly favor Democratic positions on the key issues. From gay rights and a higher minimum wage to the future composition of the Supreme Court, issues that once helped Republican presidential candidates now favor Democrats.

The fourth obvious factor is an electoral map that was pretty unchanged from 2008 to 2012 despite the Democratic base’s disappointment with Obama’s first term and the strong candidacy of Mitt Romney.We seem to have forgotten how strong Romney was perceived in 2012. He was elected Governor of heavily Democratic Massachusetts, raised enormous money for his presidential campaign, and beat Obama handily in their first debate. His campaign team was convinced on Election Day that they were going to win. Yet he lost big.  He could not come close to overcoming an electoral map that has given Democrats a popular vote win in every presidential election but one (2004, which was shaped by 9/11) since 1992.

Fifth, Trump is the most unpopular national candidate since polling began. Those talking about Clinton’s high unpopularity ignore that such is based on over twenty years of nonstop right-wing political attacks whereas Trump’s unpopularity is based entirely on his words and actions.

Finally, the media will not give Trump a pass as it did throughout the primary campaign. They finally realize what’s at stake.

Barack Obama’s popularity is at a high point. Obama is all in behind Hillary Clinton’s election, seeing it as vindication of his presidency and of giving his policies a third term. Obama, along with Elizabeth Warren and potentially Bernie Sanders, will be firing up the Party base throughout the fall. He will also be responding to Trump attacks and defending the Democrat’s record.

Obama remains the best campaigner alive. He will be Clinton’s strongest advocate.

Claims that Sanders’ progressive voters won’t back Hillary ignores that the American left has long prioritized racial justice. You cannot define yourself as “progressive” in the United States if you tacitly allow 10-12 million Latino immigrants to be deported and Muslims to be banned from entering the country. These are two of Trump’s three top commitments, which he has pledged to act upon in his first 100 days in the White House. For Sanders progressives it will not be about Hillary,  but about supporting those imperiled by Trump’s election.

A Trump victory requires him to win all of the Mitt Romney states plus at least two of Pennsylvania, Florida, and Ohio. Much was made of a Quinnipac University poll this week that found dead heats in all three states, leading many to conclude that Trump can win.

But read the fine print. The same polls found Obama and Romney in a dead heat in these states at the same point in 2012, and Obama trailed John McCain in Florida and Ohio at this point in 2008. Obama won all three states both elections.

Quinnipiac also has the worst predictive record of all polling services in the 2016 primaries (65% while no other pollster fell below 80%).

Hillary Clinton easily beat Obama in the 2008 primaries in all three states, and she won huge wins against Bernie Sanders in 2016 as well. Clinton is likely a stronger candidate in these states than Obama, while Trump is weaker than Romney. With rising Latino voting in Florida, I see no possibility of Trump winning that state. Pennsylvania hasn’t gone Republican since 1988, which certainly doesn’t bode well for a Trump victory there. The potential closeness of the race in Ohio is among the factors making Ohio Senator Sherrod Brown the favorite for the VP slot.

This is where I most disagree with Van Jones, who believes Democrats will lose because they are overconfident and are “depressing their own turnout.”

My sense is that the Democratic base is as motivated to beat Trump as they were to elect Obama in 2008.

We know that Latinos are more motivated than ever and will cast ballots in record numbers against Trump. But high interest in the outcome of the presidential election covers all core Democratic constituencies. This is not the 2000 election when some progressives saw little difference between Al Gore and George W. Bush.  They recognize the stakes of a Trump presidency.

In contrast to a unified Democratic opposition campaign to Trump, Republicans are splintered.

Those who believe that Trump will lose big are not suggesting that activists sit idle while history unfolds. Activists should take nothing for granted and must work hard to ensure this result.

Trump has made this the most ideological election since Franklin Roosevelt faced Herbert Hoover in 1932.  It offers more of an ideological contrast than Reagan’s 1980 win because Jimmy Carter, his Democratic opponent, never embraced New Deal or Great Society values.

Donald Trump’s chief ideology is his desire to take the United States back to the “good old days” (“Make America Great Again”) when women, the GLBT community, racial minorities, and low-wage workers were kept in place.

It is a profoundly out of touch message. Most voters in 2016 have a stake in not going backwards, and will reject Trump accordingly.