Why the Media Believed Shrimp Boy 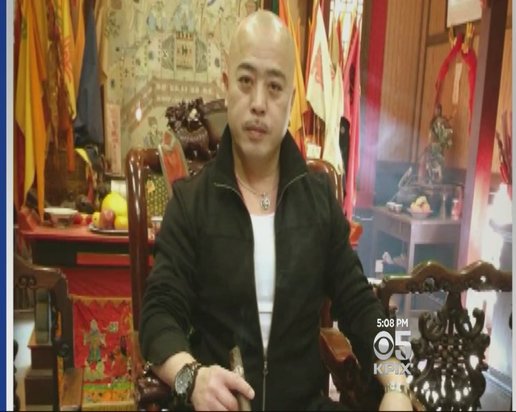 Last Friday, a San Francisco jury convicted Raymond “Shrimp Boy” Chow of all 162 charges against him. They included racketeering, murder and conspiracy to commit murder. “It’s clear the jury didn’t believe a thing about what Chow’s defense said,” said Rory Little, a law professor at the University of California, in an interview with the Associated Press.

While the jury had no problem seeing through Chow’s lies, much of the media cannot say the same. Many reporters gave unwarranted credence to Chow’s claims of corruption against San Francisco Mayor Ed Lee, notwithstanding their self-serving nature and their source’s lack of credibility.

Chow’s court claims against Lee were described as “a potentially damning new filing” and as connected to a “corruption probe.” SF Magazine’s Joe Eskenazi went even further, deeming Chow’s filings “explosive allegations of corruption and bribery being leveled against Mayor Ed Lee and his apparatchiks.”

Is an allegation “explosive” if it lacks all credibility? Similar far fetched claims are made against President Obama every day and the media does not even cover them, not to mention elevate their legitimacy.

Eskenazi’s application of the term “apparatchik,” is also telling. The term refers to “a very loyal member of an organization (such as a company or political party) who always obeys orders.” It is historically associated with Communist Party members under Joseph Stalin and his dictatorial successors in the former Soviet Union.

That Eskenazi used a term identified with brutal dictators to apply to Mayor Lee and his staff shows just how far detached from reality are his negative perceptions of the Lee Administration.

Those in the media who promoted the Chow court filing as akin to uncovering a Watergate-level scandal have long believed that Mayor Lee is up to his neck in corruption. Chow’s claims finally gave them the “smoking gun” they needed.

Except that, as the jury found, there was no smoking gun. Chow’s claims were completely false. As Professor Little said, the jury didn’t buy any of it.

It would be nice to think that the jury’s ruling has led those who treated Chow’s claims with reverence to explain to readers why they promoted a false narrative of a City Hall corruption scandal. But that’s not how most reporters operate.

Some may defend their silence on the grounds that, as the San Francisco Chronicle noted, Chow’s allegations “led both District Attorney George Gascón and City Attorney Dennis Herrera to open investigations of their own last summer, meaning still more corruption charges could surface. The Shrimp Boy saga may not be over.”

Gascon’s prior “investigation” of baseless voter fraud charges against Chinatown supporters of Mayor Lee’s 2011 campaign went on for a year before the District Attorney dropped the case. This enabled Lee’s critics to argue that the mayor was under a corruption investigation; I suspect Gascon will also take his time before announcing the end of this new investigation, though Chow’s conviction and the jury’s rejection of his story might raise questions over Gascon’s motives.

But the main reason Lee’s vindication by the jury won’t alter critics perspective is that they know the mayor is corrupt without needing evidence. Eskenazi, who  sees Lee and his staff as presiding over a San Francisco gulag, wrote on the day of Shrimp Boy’s conviction not about the mayor’s vindication but instead that Lee is “a badly wounded politician.” Badly wounded is a strange way to describe a mayor’s that just coasted to an easy re-election victory. Lee also handily won on every November ballot measure where he made an endorsement (and on the $310 million affordable housing bond, that he sponsored and whose campaign he organized).

The day after the Shrimp Boy verdict I googled “Lee vindicated by Shrimp Boy conviction” and found no stories making this point. I also read all of the post-conviction articles I could find and none reported the jury verdict as a vindication for Mayor Lee or his allegedly “apparatchik” staff.

Had the jury acquitted Chow, or failed to convict him on most counts, the media would have framed the outcome as a major defeat for San Francisco’s mayor. But having wrongly legitimized an indicted felon’s court filings last August, the media remains silent as to the jury verdict’s implications for the mayor—and their own reporting.

The media had to cover Chow’s allegations again Mayor Lee. But they should have been treated with the deep skepticism they warranted, not by  dignifying them by labeling them “explosive” or as “potentially damning.”

Anyone familiar with the criminal justice system understood that Chow’s defense attorneys were throwing whatever they could against the wall in order to save their client.  That was their job. Yet much of our media was so excited at the prospect of a City Hall corruption scandal involving Mayor Lee that it threw its critical faculties overboard and promoted the credibility of Chow’s charges.

Shrimp Boy put a nonexistent San Francisco City Hall corruption scandal on the national media landscape. Now its time for those who contributed to this false narrative to explain why they got it so wrong.