Why the Bay Citizen Failed 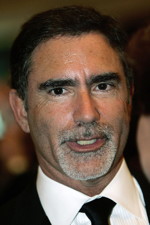 Reports that the Bay Citizen will soon merge with the Center for Investigative Reporting and come under the leadership of former longtime San Francisco Chronicle Executive Editor Phil Bronstein reflects the disappointing failure of a once promising media entity. Despite hiring some top-quality reporters, the Bay Citizen’s editors lacked judgment in deciding what stories to cover and never featured a columnist who attracted readers. Instead of providing an alternative that would attract the younger, more racially diverse demographic that has abandoned the Chronicle, the Bay Citizen largely echoed that declining publication. When I discussed the Bay Citizen with its founder, the late Warren Hellman, before it opened he said he did not want to be involved with the running of the paper; given his success in other endeavors, the publication would have done better if he had.

Reports that the Bay Citizen – best known for its stories in the Bay Area edition of the Friday and Sunday New York Times – would soon lose its independent identity were surprising only due to the timing. After publishing less than two years and staked with a $17 million budget, one would think it would have at least another year to see if it could improve its product.

But the Bay Citizen spent money like no other media publication of our time. Editors were reportedly paid salaries of $300,000 and up for a product with a small online audience and whose chief task was providing two to three pages of content (including photos) to the New York Times twice a week.

Reporters got fair wages, but too many were hired. I never understood how the Bay Citizen could afford so many full-time reporters who had no space to write multiple stories a week – and it turned out this model was unsustainable.

For many, the Bay Citizen’s core problem was its editors’ poor news judgment. I used to joke that its editors had a special skill to find the least interesting stories to fit in the Friday and Sunday Times. The Bay Citizen was so focused on covering stories other media ignored that they failed to recognize that the reason was they were not interesting.

In an effort to provide the “investigative journalism” said to be missing from the SF Chronicle, a typical Bay Citizen story included a Freedom of Information Act or Sunshine Act request that uncovered statistics otherwise unavailable. But investigative reporting only works if readers are interested in the topics being investigated, which in the Bay Citizen was too infrequently the case.

In addition to lacking news judgment, many media critics and journalists were mystified why, given the good salaries it was paying, the Bay Citizen could not have hired top-flight columnists and cultural critics to give the paper a distinct identity and strong following. As one longtime media person told me, “they had their pick of Bay Area talent. Everyone wants to be published in the New York Times. Instead, they paid top-dollar to people with no local or national following. It was a great opportunity lost.”

I found their choice of Scott James as their lead columnist particularly puzzling.

Among the reasons for the San Francisco Chronicle’s longtime decline is its reliance on white male columnists over fifty, and exclusion of the younger and/or non-white readership that increasingly comprises the San Francisco Bay Area market. Scott James, a white male over fifty with no prior local or national audience, did nothing to expand the paper’s reach.

Imagine if the Bay Citizen instead hired an Asian-American columnist who could help bring cutting-edge coverage of that growing market. Or an African-American columnist who would bring insights about this community’s struggles in the Bay Area that are largely overlooked in other media. The Latino community is virtually ignored by the San Francisco Chronicle; shouldn’t a publication with a multi-million dollar budget that aspires to be an “alternative” invest in such coverage?

Instead, Bay Citizen editors proved their disconnection from what Bay Area residents want to read by hiring James, who offered little that the Bay Area was not already getting from the Chronicle’s CW Nevius. These two share similar political outlooks, but unlike James, Nevius is out on San Francisco streets almost every day covering news events.

The Bay Citizen also echoed the Chronicle in lacking a strong female columnist. The Bay Area probably has the nation’s greatest collection of powerful woman writers, the vast majority of whose views reflect the region’s progressive politics.

But just as the Chronicle has long retained Republican Deborah Saunders as its most prominent female columnist, the Bay Citizen retained Elizabeth Lesly Stevens. Her columns bashed progressive icon Tom Ammiano, and expressed sympathy for those “poor” landlords who could not again evict tenants after they already did one owner move-in eviction on the property.

A female columnist who attacks the left and promotes real estate interests – sounds like Bay Citizen editors missed the memo saying the publication was supposed to be an alternative, and instead closely followed the Chronicle’s script.

I am not suggesting that people only want to read columnists from their own demographic, or who share the same political views. But the Bay Citizen could best attract new readers through columnists from underserved communities who had the connections and insights to provide the vital news ignored by other media. This would make the publication a must read for people of all demographic groups.

Another problem was that the Bay Citizen’s news reportage often fell below expected standards. This alienated potential readers.

For example, Bay Citizen reporter Gerry Shih wrote what my colleague Paul Hogarth accurately described as a “hatchet job” on the nonprofit Chinatown Community Development Center. Although rife with factual errors, the piece was never corrected and became part of a bigger and what many saw as a racist campaign by Shih and the Bay Citizen against the Chinatown community.

Shih departed from the Bay Citizen at the end of 2011. But the fact that he got free reign to print falsehoods and misleading stories confirms that the Bay Citizen’s core deficiencies were at the editor level.

One of the tragedies of the Bay Citizen experiment is that it did hire great investigative reporters like Katharine Mieszkowski and Aaron Glantz, who really could have elevated the paper if given greater freedom and more space. Other reporters often claimed to be spending considerable time working on stories that never found their way into print; this alienated news sources and again raised doubts about editor’s news judgment.

The Bay Citizen’s schedule for its New York Times pages posed a challenge. Its story deadlines for the Times’ Friday edition was late Tuesday, which means that editors had to choose pieces that would still be up to date nearly three days later.

That led the Bay Citizen to favor “evergreen” stories lacking immediacy but that they could count on other media not doing; it also drove stories that lacked reader interest.

Hellman staked the Bay Citizen with a $5 million donation and was influential in its raising another $12 million. But Hellman made a point about distancing himself from its editorial and news coverage.

I understand why he did so, but it’s illuminating to contrast this with the Hardly Strictly Bluegrass festivals, which clearly reflect Hellman’s vision. Hellman hired Bonnie Simmons and Dawn Holliday, two of the most knowledgeable and connected people in the Bay Area music world, to recruit artists and organize the show.

In contrast, Hellman’s longtime Bay Citizen editor, Jonathan Weber, was little known among the Bay Area activist and political scene. It would be like hiring someone completely disconnected from Bay Area music to run Hardly Strictly, something Hellman knew made no sense.

Now the future of the Bay Citizen is likely to be in the hands of Phil Bronstein. I recall Bronstein from his KQED-television days when he was a dashing young reporter covering the overthrown of Marcos in the Philippines.

But unlike alternative music lovers Simmons and Holliday, Bronstein would stray far from his grassroots reporting roots. Bronstein took over the Examiner in 1991 and circulation declined dramatically; the same process occurred when he was put in charge of the Chronicle in 2003.

Bronstein has shown a longtime failure to connect with Bay Area readers. He is the single person most responsible for declining Bay Area newspaper readership over the past two decades.

What the future holds for the Bay Citizen is unclear, but Bronstein is the last person to inspire hope that it will ever fulfill the dreams of its founders.