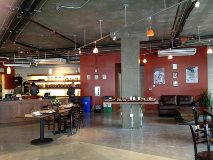 Retailer Jack Spade’s decision to abandon plans to open a store in San Francisco’s Mission District has troubled some in the business community. The San Francisco Business Times editorialized this week against both community opposition to Jack Spade’s opening, and to Board of Supervisor proposals to further limit chains. It claims that the “losers” from such legislation will be those “with an interest in the vitality of San Francisco shopping districts.”

But what’s really at stake in the chain debate is neighborhood character. Opposition to Jack Spade was driven more about its upscale wares than its possible “chain” status; after all, some chains—like Philz Coffee—are cheered when they enter neighborhoods. In most cases, however, chains convey an “anywhere USA” message that denies neighborhood uniqueness. The most thriving San Francisco commercial neighborhoods—Hayes Valley, North Beach, Chestnut Street, the Inner Richmond and Valencia Street corridor—have few chains. And those in such areas like Le Boulange (now owned by Starbucks) do not undermine their neighborhood’s distinctiveness. Residents and small businesses oppose most chains with good reason, which is why Supervisors of differing ideologies on other matters all support new restrictions.

Unique fact situations make for bad precedents, which is why Jack Spade’s 16th and Valencia Street saga should not be what the debate over chain stores becomes about. The technicalities of whether Jack Spade was covered by existing limits on formula-retail obscured what was really the driving force behind the opposition: the sense that Jack Spade would add to the NYC West Villagization of the 16th and Valencia Street area (anyone who has seen the lines for Marc Jacobs on Bleecker knows well what I mean).

Critics of restrictions on chains correctly note that not all homogenize and/or sap neighborhood vitality. There was universal support for CVS’s new store at 7th and Market despite that chain being one that I wish would never open another location. Many would have led the charge against anyone trying to stop Philz from opening at Golden Gate and Larkin, which is why the Supervisors must account for popular, homegrown local chains when enacting new restrictions.

What has long distinguished San Francisco from other major cities is its disdain for formula-retail. NYC’s Soho district has been overwhelmed by chain retails without engendering major public opposition. Los Angeles’ prime shopping districts—such as The Grove in the heart of the city and Santa Monica’s Third Avenue Promenade—are dominated by national chains.

But San Francisco has always attracted people who want something different. And despite the greater affluence of those now coming to the city, this shared city value system has not much changed.

In some areas, such as department stores, national chains like Macy’s have long thrived in San Francisco. Union Square, whose customer base is primarily from outside the city, also has ample formula retail.

In the neighborhoods where most residents live, however, it has always been the independent, locally-operated business that finds favor. And opposition to chains may be the value most uniting residents from Pacific Heights and the Marina to the Mission.

The expansion of national chain stores is a far greater risk to the city’s distinctive character than the infusion of the tech sector, which is commonly but mistakenly described as sapping the soul of San Francisco. What really saps the soul is yet another Pottery Barn or Starbucks, or the threatened replacement of a popular vegetarian restaurant in Mid-Market with a McDonald’s (a plan the company dropped and which the area has been since protected from by legislation from the alert D6 Supervisor Jane Kim).

In my experience, San Francisco landlords and business people do not like chains any more than grassroots activists and residents. That’s why nearly all Supervisors are behind new restrictions on chains, and why, if carefully tailored to protect successful home-grown businesses, discouraging such retail uses will be a boon to the city’s vitality.

Randy Shaw works in the Tenderloin, which may have the fewest chains of any urban neighborhood.