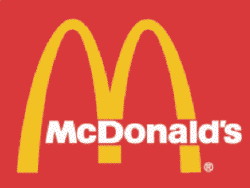 With over 31,000 restaurants serving 58 million people throughout the world every day, McDonald’s pretty much wrote the book on how a corporation can conquer the world. But despite its global domination as a cheap and easy burger joint, the fast-food monolith proved no match against the people of Bolivia and its cultural standards of culinary decency.

For 14 years, McDonald’s attempted to court Bolivians into making a habit out of eating their processed menu items — only to experience an overwhelming, nation-wide rejection. And as a result, for the first time ever, the cogs of McDonald’s international burger-slinging machine have ground to a halt, forcing the company to close its doors in Bolivia in 2002. Bolivians, its seems, are happy enough without the Happy Meal — but why?

As the Hispanically Speaking News reports, for well over a decade McDonald’s, with eight locations in the South American nation of 10 million people, worked to win over the Bolivian public with its Big Macs and McNuggets, but consistently found itself losing money. So, in light of the loss of revenue, McDonald’s Corporation made an unprecedented announcement: that it would close its restaurants in Bolivia — making it the only country in the Americas without a McDonald’s.

But what makes Bolivia different from nearly every other country in its apparent distaste for McDonald’s fare? A group of filmakers have attempted to answer that question in the documentary Why Did McDonald’s Bolivia Go Bankrupt? According to a review from Hispanically Speaking News, the McDonald’s failure in Bolivia lies in the very marketing strategy that made it so popular elsewhere:

The documentary includes interviews with cooks, sociologists, nutritionists and educators who all seem to agree, Bolivians are not against hamburgers per sé, just against ‘fast food,’ a concept widely unaccepted in the Bolivian community.

Fast-food represents the complete opposite of what Bolivians consider a meal should be. To be a good meal, food has to have be prepared with love, dedication, certain hygiene standards and proper cook time.

One might be hard-pressed to find consumers even outside of Bolivia who wouldn’t agree with that definition of ‘a good meal’, yet none have expressed it so profoundly by simply choosing not to eat at McDonalds. There may be something a bit snarky about celebrating a corporate failure, even if it hardly dents the fast-food giant’s bottom line, but it’s difficult not to judge Bolivia better off for having rejected a restaurant so often associated with a menu of dubious nutritional value and less-than eco-friendly business practices.

Perhaps if we all valued our meals as much as Bolivians, McDonald’s corporate health would suffer at a rate inverse to improvements in our physical health and the health of our planet, which is already so full of people too removed from the food they put inside them.