Why is the New York Times Bashing Environmentalists? 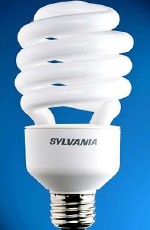 With corporations and their Republican backers in an all-out push to rollback environmental protections, one would think the New York Times could be counted upon for accurate stories rebutting these attacks. Unfortunately, the Times has become an independent source of green disinformation, including two major pieces this past weekend – one on the front-page – that falsely accuse environmentalists of being green hypocrites. Is the nation’s leading newspaper now getting its environmental information from Glenn Beck?

On Saturday, March 12, the Times ran a front-page story, “Give Up a Familiar Light Bulb? Not Without a Fight, Some Say” that described a law signed by George W. Bush in 2007 that expedited the shift from traditional incandescent to fluorescent light bulbs. The article cites conservatives like Michelle Bachmann and Rand Paul opposing the shift, and says such opposition has been adopted by those associated with the Tea Party.

So far, no surprises.

But then the Times claims that “while they are not unanimous on the issue, some environmental activists counter that by saying the mercury in a single fluorescent bulb is less than what some power plants throw into the atmosphere while generating the electricity it takes to light one incandescent bulb.”

Guess how many environmentalists the Times quotes to support this claim? That’s right – zero. Not one.

But this omission does not stop the editors from using a pull quote that states, “Conservatives and environmentalists resist a 2007 law.”

Even if no environmentalists are cited (even though it is not hard to find some person claiming to be an environmentalist who is willing to say anything, regardless of their lack of credibility).

The front-page placement of this outrageous story should have enviros flooding the paper’s public editor, Arthur Brisbane. He’s at public@nytimes.com

The Times followed up its light bulb story with a March 13 article, “Not in My Liberal Backyard.” The goal of this piece was to depict progressive enviros as hypocrites for allegedly opposing green developments in such liberal bastions as Berkeley, Cape Cod and Park Slope.

According to the article, “policymakers in the United States have been repeatedly frustrated by constituents who profess to worry about the climate and count themselves as environmentalists, but prove unwilling to adjust their lifestyles or change their behavior in any significant way.”

Nobody from Berkeley was quoted in the story, which makes perfect sense, since the author’s claim that opposition to a full bus rapid transit system on Telegraph Avenue was a function of “nimbyism” is a bald-faced lie. There’s certainly nothing new about the mainstream media trying to find hypocrisy in the most environmentally forward thinking city in the United States, but opposition to that particular BRT route had everything to do with sound transit planning and nothing to do with nimbyism.

As for the often written about opposition to wind turbines in Cape Cod: when did Cape Codders become identified with progressive environmental activism?

The Park Slope bike lane issue, which the Times is particularly consumed with, involves a group of residents filing a lawsuit to remove a nine-month-old bike lane on Prospect Park West.

Does this lawsuit in any way mean that many, most, or even a meaningful number of Park Slope residents oppose the bike lane? No.

Does the Times provide any evidence that such is the case?

Better to rely on false assumptions to craft together a story that affirms the conservative view that people who care about the environment are hypocrites.

Great work, New York Times. I suppose we can now expect to read accounts from public employees in Madison who are happy that they have lost collective bargaining, and about all the great work the Koch brothers are doing for humanity.

Oops! I forgot that the Times already ran such a story on March 5, “Cancer Research Before Activism, Billionaire Conservative Donor Says.” No wonder Glenn Beck’s ratings are down – who needs Beck, when you can read a puff piece on the person leading the fight to destroy the planet in the New York Times?