Why Is McGoldrick Coddling Up to Newsom? 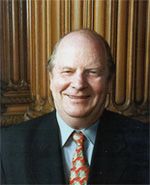 It seems the last place Mayor Gavin Newsom would look for an ally in his fight with the Board of Supervisors to pass a predominantly regressive budget would be towards District 1 Supervisor Jake McGoldrick. Newsom participated in a vicious but unsuccessful campaign to unseat McGoldrick last November. Yet instead of opposing the Mayor out of principle, McGoldrick has proven remarkably amenable to nearly all of the Mayor’s suggestions concerning the budget. The question is, why?

Following last November’s election, I predicted McGoldrick would move to the left after Newsom pulled out all the stops to put Lillian Sing on the Board of Supes. In a relatively vicious campaign, Newsom and company accused McGoldrick of being MIA on the Board, either too lazy or unwilling to attend enough meetings at City Hall to adequately represent his constituency. After enduring consistent personal attacks, it’s surprising hasn’t sought revenge.

Yet as a member of the Budget Committee, McGoldrick has opposed any and all suggestions from his colleagues that seek to significantly alter the Mayor’s plan to close the City’s current $97 million shortfall. This plan, as made crystal clear by Supervisor Gerardo Sandoval, asks for no new contributions from big business. Yet a large portion of the deficit can be traced to a victorious lawsuit by downtown real estate owners that exempted them from millions of dollars in property taxes. Instead, the Mayor’s budget bilks the usual suspects; labor, the poor, the sick, and the homeless.

Sandoval offered up one worthy alternative; cutting the Tourism Board’s budget in half. McGoldrick opposed the plan. Then, after receiving no support from McGoldrick, Supervisor Chris Daly managed to pass a resolution that would save the Tom Waddell clinic. The resolution came soon after Newsom announced a proposal to save the clinic himself, but Daly sought to pass his legislation anyway to make sure the Mayor delivered on his promise. McGoldrick responded by introducing amendments to weaken Daly’s legislation, seemingly for no other reason than to show allegiance to Newsom.

At a recent Board of Supes meeting, the Examiner quoted McGoldrick as saying “The mayor is open to any reasonable discussion, and we have to be that way too.” But the Mayor was not open to Sandoval’s reasonable Tourism Board cut, and it now looks like the Mayor is squaring off again with Sandoval over reasonably allowing senior city employees to opt out of early retirements.

What McGoldrick really meant by his statement is that he’s willing to roll over for the Mayor, taking anything Newsom offers and then championing it as a victory, and refusing along the way to engage the Mayor in any significant debate over the budget. McGoldrick’s statement also proved he’s willing to disregard any sort of allegiances he has with his colleagues on the Board in the process.

Why? City Hall insiders think McGoldrick and Newsom may have engaged in some of the back-room dealing that so infuriated San Franciscans about the Brown administration. One of the only explanations for McGoldrick’s behavior is that Newsom has promised to back him in a future bid for a higher office, possibly a seat on the California State Assembly. It’s also possible McGoldrick is coddling up to the Mayor in the hopes of receiving a future endorsement – with the State Assembly race coming up in 2006, McGoldrick would likely be beginning about now to curry favor with Newsom.

Of course, some could argue that McGoldrick is merely representing the fiscally conservative interests of his Westside constituents. But even District 1 residents don’t want to see parks closed, streets left uncleaned, and libraries shut down. McGoldrick has refused to battle even these cuts by promoting a greater contribution from downtown interests – instead, he’s somberly shaken his head, explained the need for the cuts, and signed off on Newsom’s agenda.

Don’t be surprised to see McGoldrick running for state office in several years, with the endorsement of a glamorous Mayor who supported gay marriage providing him with the political capital to propel him to victory.

More bad news for the Chronicle. Along with hiring a union-busting publisher to keep employees from organizing against what will likely be brutal upcoming cuts in benefits and staff, they’ve been hemorrhaging revenue to Craigslist.org. A recent study reported by the San Francisco Business Journal revealed Bay Area newspapers lost $50-$65 million in employment advertising revenue to the City’s favorite website. With San Franciscans increasingly heading online for both news and job listings, it’s beginning to look like the Chronicle’s on a sinking ship.