Why Everyone Loves the Giants 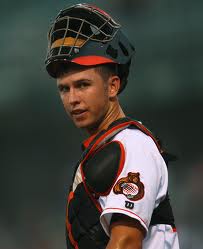 One million people will descend on Market Street today for the San Francisco Giants victory parade and rally. The Giants have gripped the Bay Area like no team since the 1980’s 49ers, and the team’s hold on fans grows each year. While this Giants lovefest is clearly related to their World Series wins, the team sold all of its seats in 2011 despite failing to make the playoffs. Today’s Giants mass popularity exceeds that of the Mays-McCovey-Marichal-Bonds eras for several reasons: fans identify with the team’s racial and ethnic diversity, appreciate its strategic smarts, admire its commitment to teamwork, respect its honoring of the past, and share its ethic of combining hard work and determination with having fun. And having Buster Posey, who is becoming the Roy Campanella of his time, as the team’s “rock” also helps.

I’ve followed baseball for fifty years and have spent 46 as a Giants fan. Yet nothing approaches the team’s current popularity, with fans taking over away games and Giants logo clothing the area’s most common apparel.

Why has Giants popularity exploded? Ultimately, it’s because the team’s brand connects perfectly with the city. Just try to imagine Brian Wilson or Tim Lincecum pitching for the Yankees with that team’s restrictions on facial hair and hair length—it cannot be done.

But there are specific factors behind the team’s popularity as well.

The Bay Area is racially diverse and fans like their sports teams to reflect this. The Giants have always had a higher than league average percentage of Latino players, and this continued this year with Pagan, Scutaro, Sandoval and Cabrera/Blanco in the starting lineup and Romo or Casilla as the closer.

The San Francisco Giants may have the most ethnically and racially diverse attendance base in all of sports. In contrast, I saw relatively few people of color in the crowds for St. Louis Cardinal games despite the city’s large African-American population. And one would never know from those watching games at Comerica Park that Detroit had a large African-American population.

The Giants Are Savvy

The Bay Area is a hotbed of very smart and savvy people in a wide range of fields. We like our pro sports teams to operate in a savvy manner. That’s why Bill Walsh aka The Professor was so revered, and why the Giants were less beloved when Brian Sabean was signing Edgardo Alfonzo and others to excessively an unstrategic large contracts after allowing Jeff Kent to leave via free agency.

Since 2010, Sabean has proved himself the savviest GM in baseball if not all of sports. Bruce Bochy has out-managed everyone, including the Tigers esteemed Jim Leyland. Pitching coaches Dave Righetti and Mark Gardner have cultivated a starting staff which never has a major injury—a tribute to the skill of their training regimen.

Teamwork is the buzzword for the 2012 Giants. At yesterday’s parade planning press conference, Mayor Lee and Giants President Baer both declared teamwork the essence of what the Giants are about (Lee also credited the Giants success to this being the Year of the Dragon, giving Baer a paper dragon made in Chinatown that held a baseball).

While all sports fans love teamwork, the San Francisco Bay Area particularly supports collective action. We support unions, social movements, and San Francisco elected a mayor in 2011 whose governing style is based on “collaboration.”

Respect for the Past

The Giants ownership has impressed me in this area more than anywhere else. They not only built a statue for my personal all-time favorite player, Willie Mays, but they actively involved him in team affairs. From Gaylord Perry to Willie McCovey to other Giants stars, the Giants owners have done everything in their power to connect the team to its past.

In 2010, this included bringing the Giants World Series trophy back to the team’s original home in New York City. This was a wonderful gesture. But the decision to do so again this year may also be connected to Brian Sabean wanting to show his former Yankee colleagues how successful he has been in San Francisco.

Bay Area residents work long hours but also like to have fun—an ethic also demonstrated by the Giants. Brian Wilson plays clubhouse gags and promotes an outsized personality, but nobody works harder. The same is true for all their players, reflecting a work ethic that starts at the top.

The entire Giants stadium experience is geared toward fun, from the Panda head covers to the former Melkmen to the boats in McCovey Cove. That’s why fans keep coming even when the team is not winning.

The Giants victory this week has led some to compare Buster Posey’s 2010-2012 seasons to Willie Mays’ 1951 and 1954 breakthroughs, and to Derek Jeter’s early career. But for all the greatness of both, Posey has greater defensive responsibilities as a catcher, and this makes him more valuable to his team.

I think the closest comparison to Buster Posey is to one of my all-time baseball heroes, Roy Campanella. Campanella won the MVP award in 1951, 1953, and 1955, and was the heart of those great Brooklyn Dodger teams.

Like Posey, Campanella was often described as his team’s “rock.” Race discrimination kept him from the big leagues until he was 27, but he made up for lost time. He was a tremendous fan favorite, and Posey is creating a strikingly similar legacy.

The 2012 season was a great ride, and the Giants are primed to be even better next year. Enjoy the parade, rally and after parties, and rest up for 2013!