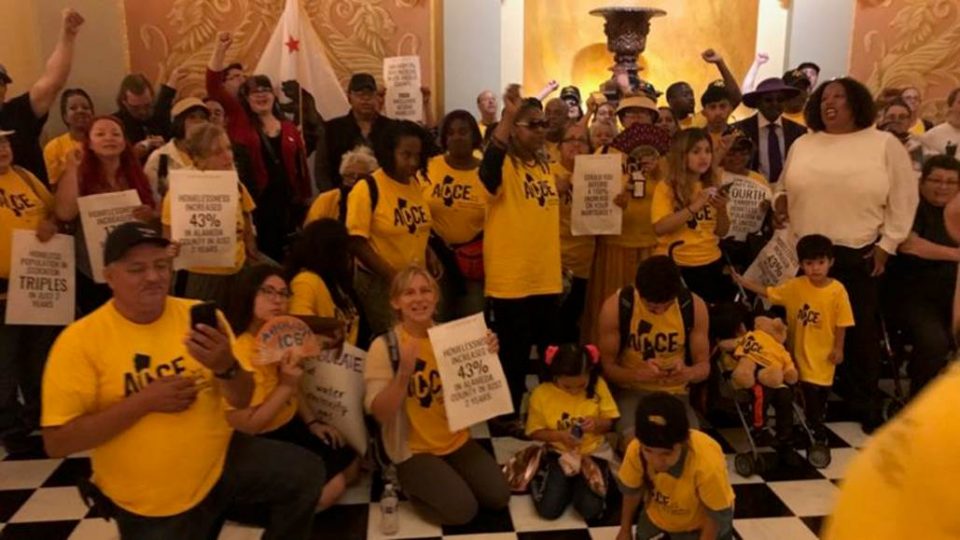 The political dynamic around tenant legislation changed after the Bay Area’s CASA Compact process led pro-development groups to back tenant protections. The region’s housing production groups mobilized through a “3P’s” coalition addressing “Production, Preservation and Protection.” Having these supply-oriented groups backing rent caps and just cause eviction was huge.

In January I disputed concerns from tenant groups that they were losing out from the CASA process. I argued (“Is California Ignoring its Tenant Crisis,” January 22, 2019) that “a CASA compact that imposes statewide just cause eviction with a cap on rent increases was probably seen by development types as a huge concession to tenants. Landlord groups certainly felt so, which is why they are leading the CASA opposition.”

My book, Generation Priced Out: Who Gets to Live in the New Urban America, urges cities to produce housing, protect tenants, and preserve rental housing. I saw the alliance of production and protection advocates as a game changer for California. This type of alliance could move affordability agendas forward in many states and cities.

We saw how much this broader alliance for tenant protections changed tenant politics after SB 50 was shelved. The consensus was that since the production folks didn’t get what they needed, their commitment to the tenant protection measures was dead.

But the consensus was wrong. Production advocates weren’t only backing tenant protections as part of a larger deal—-they saw protecting tenants as promoting their own larger affordability agenda.

That’s why few groups mobilized stronger for AB1482 than California YIMBY and YIMBY chapters throughout the state. The YIMBY movement is about increasing affordability at all levels, not just production. We don’t get Assemblymembers like Sharon Quirk-Silva (who once helped kill Ellis Act reform) to support AB 1482 without the vigorous advocacy of YIMBYs and other pro-development groups. She even spoke out in favor of the bill!

My January story noted that California’s tenants movement had still not recovered from the tragic destruction of California ACORN in 2009. In 2019, the group’s successor, the Alliance of Californians for Community Empowerment (ACCE), looked a lot like the ACORN of the past.

ACCE turned out people to Sacramento from the Los Angeles region, which is critical given the number of swing legislators from that area. ACCE began mobilizing when the rent cap and just cause measures were in two separate bills (AB 1481 and AB 1482). When I saw the long line of ACCE speakers from across the state speak on behalf of these bills at the first legislative hearing, I felt the measures had a chance.

State legislators likely responded to this grassroots tenant mobilizing by concluding that voting against tenants in 2019 would not allow them a free pass.

I can’t mention every group that turned out people in Sacramento and those who did know who they are. But ACCE was extremely visible and brought people from Los Angeles, which has been missing in recent years. The lack of an LA tenant presence cost us Ellis Act reform in 2014; this deficit was filled in 2019.

A longtime housing activist said to me the day before the AB 1482 vote, “David Chiu is the David Roberti and John Burton of our time.” There can be no higher compliment for any California state legislator for protecting tenants.

State Senate leader David Roberti spent years preventing a floor vote on what became the Costa-Hawkins Act in 1995. The only reason it passed was that real estate interests backed a state term limits ballot initiative that removed Roberti from office.

I worked with Senate Pro Tem Burton to get two key Ellis reform changes passed, and to pass a $250 million restoration of the Renters Tax Credit. And our bill exempting San Francisco SRO’s from the state Ellis Act in 2003 passed with Burton taking care of the Senate vote.

Unlike Roberti and Burton, Chiu has only been a committee chair. Yet this legislative savant sponsored and got passed the most important state tenant bill in California history—and also sponsored and passed AB 1487, a new revenue strategy for Bay Area affordable housing that could bring in tens of millions of dollars.

People may forget that the statewide just cause eviction bill AB 1481, originally co-sponsored by Assemblymembers Tim Grayson and Rob Bonta AB 1481, was pulled in May. The co-sponsors felt it could not win an Assembly floor vote.

AB 1481’s demise rendered AB 1482’s rent cap largely irrelevant. Landlords seeking a higher rent increase could simply evict the tenant for no cause. AB 1481 was tabled only two weeks after SB 50’s shelving; it seemed to confirm that the defeat of the production part of the CASA Compact had doomed the tenant protections as well.

But trusting his own political instincts, Chiu announced plans on July 1 to merge AB 1481 into AB 1482. The new measure would “face an uphill battle,” but David Chiu relishes such uphill fights.

I understood how John Burton did the politically impossible. He wedded deep personal relationships with an unwavering commitment to social justice that he got stuff done by the very force of his personality. But when it comes to the secret of David Chiu’s success, it is…..actually still secret.

Frankly, I don’t know how he does it. Chiu keeps everything very close to the vest and quietly builds support from his colleagues. He never seeks center stage but is happy for his colleagues to get public credit. And Chiu always seems surprised when all of his hard work results in victory.

Chiu belongs in the pantheon with Roberti and Burton because all three produced results that would not have happened but for their individual efforts. Fortunately, Chiu has many more years left in the Assembly to work his magic for tenants.

The fourth reason for AB 1482’s victory impacted everything: the affordability crisis has spread to the state’s middle-class. Teachers, police officers, first responders, construction workers and those earning middle-class salaries are sleeping in cars because they can’t afford housing.

That’s a true emergency. One that California’s Democratic politicians ignore at their peril.

The difference between a production bill like SB 50 and a protection bill like AB 1482 is that the latter has direct, personal victims—the senior facing a huge rent hike, the family forced out of their home for no reason, the disabled tenant whose eviction will force them out of their city. AB 1482 impacted tenants in every Assembly and Senate district up and down the state.

The fifth and final factor leading to tenant’s winning in 2019 was the leadership of Governor Gavin Newsom. I’ve been critical of Newsom’s housing record over the shelving of SB 50 but he provided critical leadership in strengthening AB 1482. Reducing the annual allowable rent hike by 2% was a big deal, and he got it done. No prior California Governor has made such impassioned statements on behalf of tenants.

Like many in the production camp, Newsom was seen as more focused on increasing housing supply than strengthening tenant protections. But he came through for tenants when he was most needed. He will make history when he signs AB 1482. Let’s hope the Governor now returns to the challenge of getting California the new housing it desperately needs.

Randy Shaw is Editor of Beyond Chron and Director of San Francisco’s Tenderloin Housing Clinic. He discusses California’s rent control legacy in Generation Priced Out: Who Gets to Live in the New Urban America