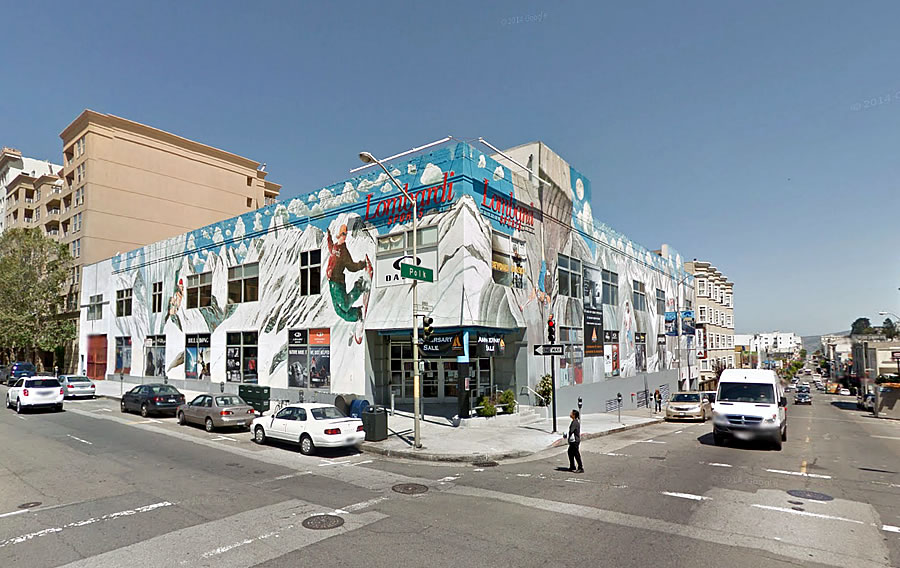 Last week, the SF Planning Commission voted 4-3 against a ban on formula retail (i.e. chain stores) on Polk Street. Although a proposed Whole Foods store at Polk and Jackson Streets was exempted from the ban and will be subject to a separate hearing, much of the testimony focused on the pros and cons of the market.

Those favoring Whole Foods cited the ability of chains to offer lower prices, the lack of a similar nearby grocery, and the existence of vacant retail along Polk. Commissioner Rich Hillis correctly added that Hayes Valley’s ban on formula retail shows that such laws do not prevent a shopping area’s upscale transformation.

Battles over formula retail have gone on for years in San Francisco, and for good reason: nothing saps neighborhood vitality like a chain store, or their proliferation. Hayes Valley is a completely gentrified shopping area but it has an energy that districts dominated by chains lack.

We can get a glimpse of what the future, post Whole Foods Polk Street migh hold by contrasting it with Berkeley’s Shattuck Avenue.

Today’s San Francisco’s Polk Street is a great retail stretch, passing through diverse neighborhoods as it travels north from City Hall. Polk Street is characterized by  independent small businesses with no single type of food or retail  dominating.

Berkeley’s Shattuck Avenue is a long and flatter version of Polk, but has the massive number of large chain stores. Shattuck’s development might surprise those who know the myth of Berkeley rather than the reality.

Consider the sad fate of the high profile southeast corner of Cedar and Shattuck.

Until the 1980’s, that corner housed the Co-op Supermarket, a member-owned store. It’s closure brought the creative Elephant Pharmacy, whose diverse products kept the surrounding sidewalks humming. But after Elephant was replaced by t a Walgreen’s the entire, half block area around it became a dead space.

Walgreens has two large businesses and three big parking lots on Shattuck. It also has two stores on nearby Telegraph Avenue. Walgreens has six stores in Berkeley within short driving distance of each other.

I buy shaving cream and similar items at Walgreens from time to time, but preferred paying more for these products at the independent Elephant Pharmacy.  The cost savings from shopping at chains –a point made by backers of the Polk Whole Foods—is too small on an annual basis to justify the downside of increased neighborhood homogeneity. I rarely find those backing chains on a lower cost rationale choose their restaurants solely on price, or are so price conscious in other areas of life.

Drugstore giant CVS also has two Shattuck locations as well as one on Telegraph.

If that seems like an excessive number of formula retail pharmacies in a small area, it is. But chain stores don’t have to make a profit at every location.  I’ve never seen the giant Walgreens at Cedar and Shattuck with more than five customers in line, yet the location is great for branding and keeps nearby CVS from controlling the market.

The foot traffic on North Shattuck is driven by independent businesses like the Cheeseboard, Saul’s and Guerilla Café. In downtown Shattuck new restaurants, housing and an adjacent Art’s District are leading the area’s revival.

There was a time when people in Berkeley, like some of those backing Whole Foods on Polk, felt that filling vacant retail on Shattuck with chains was better than nothing. But a business that undermines a street’s character is not an asset. That’s clear from the portion of Fillmore once under Redevelopment Agency control. Filling vacant storefronts with Panda Express, Starbucks, Popeye’s and McDonalds did not revitalize the area.

While chains might have brought welcome economic activity to the Tenderloin, the increased homogeneity would have hurt the neighborhood longterm. Hayes Valley, North Beach and 24th Street in the Mission show that successful commercial districts do not need formula retail.

Planning decisions cannot legally be based on labor issues, but Whole Foods is also among the most zealously anti-union businesses in the United States. Its CEO John Mackey has compared unions to “herpes” and says employees do not need unions and that Whole Foods is “beyond unions.”

We talk a lot about “San Francisco values.” Whole Foods operates under other principles.

Polk Street has gotten so much better on its own in recent years that even the long troubled end on the block between Eddy and Turk is a popular destination (Brenda’s and Whitechapel). This progress should not be jeopardized by a desire for slightly lower cost fruits and vegetables that comes at too high a price for the neighborhood.

Randy Shaw is Editor of Beyond Chron. He describes the challenges of neighborhood retail in The Tenderloin: Sex, Crime and Resistance in the Heart of San Francisco,