Who Will Be San Francisco’s Next DA? 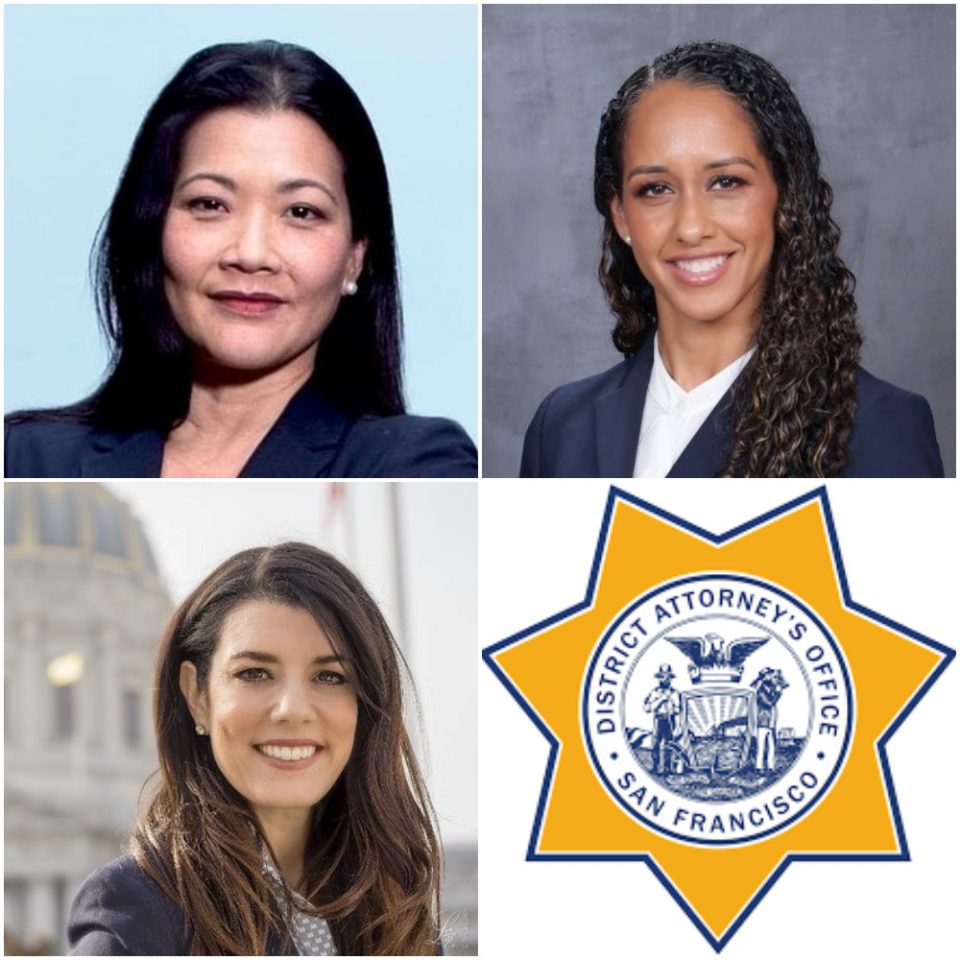 The recall of San Francisco’s District Attorney —and 55% is a “landslide” despite the SF Chronicle’s attempt to claim otherwise—gives Mayor Breed a second chance to pick a DA who can defeat Chesa Boudin. Breed’s 2019 choice of Suzy Loftus, a candidate in the DA’s race, spawned a backlash by those claiming it gave Loftus an unfair advantage.

Breed must pick a DA who will prioritize public safety and  defeat Boudin in his likely November run.

Here’s my take (in alpha order) on the pros and cons of the leading candidates.

Last October, Jenkins resigned from her seven years as Assistant District Attorney because she felt
“Chesa Boudin lacks the desire and willingness to prosecute crime effectively in San Francisco.” Jenkins went on to play a vital role in the successful recall campaign.

As a former prosecutor Jenkins has skills and experience as District Attorney that far exceeds Boudin’s.  Boudin’s effort to portray his opponents as racist backers of mass incarceration will fall flat against a Black District Attorney.

Jenkins was impressive in media interviews on the election. She has proven her commitment to public safety and would likely get strong and enthusiastic support from recall backers.

Jenkins has never run for office. Given the huge funding Boudin will have to regain his office, picking a DA to run against him who lacks political experience is a risk. Jenkins also lacks citywide name recognition. This makes her more susceptible to  Boudin’s campaign attacks.

Some may feel that Jenkins involvement in the recall campaign makes her appointment too “political.” I can’t see Mayor Breed picking anyone who didn’t support the recall but Jenkins’ high-profile role could raise questions.

District 2 Supervisor Catherine Stefani was the first elected official to support the recall. She has been a leading voice on the Board for increased public safety. She is also a nationally known advocate for stopping gun violence.

Stefani has the highest name recognition of any likely appointee. Her photo was on many pro-recall mailings so she became even better known to voters citywide. Her career as a supervisor has evoked no negatives against her, which helps in what could be a very nasty election.

Stefani also represents one of the city’s most high voting areas. She has the skill set to run a very effective citywide campaign.

Due to circumstances beyond her control, Mayor Breed has already appointed the City Attorney, three School Board members, a District Attorney and two supervisors. Appointing Stefani requires Breed to appoint a new D2 supervisor.

The school board recall already had some claiming the mayor has excessive power. But most critics of Breed’s appointments are already in Boudin’s camp. Nevertheless, picking Stefani helps Boudin backers redefine the election as supporting a mayoral “power grab.”

Stefani has only briefly served as a prosecutor and not in San Francisco. Boudin was never a prosecutor but Stefani’s lack of credentials could be used against her in the campaign.

I’m not sure Stefani wants the job. If she does she is a strong candidate.

Nancy Tung is a career prosecutor who ran against Boudin in 2019. In March she announced her plans to run again for the job, becoming the most high-profile candidate to do so.

Nancy Tung has the strongest prosecutor credentials of any potential pick. Some believe that the Asian-American political constituency that drove the recall deserves an Asian-American district attorney. She is the top Asian-American choice.

Tung has been very outspoken about what a District Attorney needs to do to improve public safety. She would hit the ground running, an important factor give that the election campaign begins right after the appointment is made.

In 2019 Boudin’s top two rivals were Loftus and Tung. Breed appointed Loftus as DA during the campaign, and Boudin won. Now Breed would be appointing Boudin’s other 2019 rival—-that could look odd to voters.

There is political risk in appointing someone who has already lost to Boudin in a citywide race. Tung finished behind Loftus in 2019, and the failure of the two campaigns to cross-endorse led to Boudin picking up second place votes from both. Some don’t think voters pay attention to what happened in 2019 but I’m not so sure.

Because Boudin can run in November (and will likely keep his campaign team in place), a new DA has a remarkably short time to prove they are making a difference. How many deputies with the right mentality can even be hired before the election campaign starts in September?

If the new DA has until November 2023 to make their mark, I would see all three candidates as equally capable of defeating Boudin. But given the short time frame, Stefani’s higher name recognition and political track record gives her an edge.

Mayor Breed faces a very tough decision. The stakes are high. She politically benefits from a DA that prioritizes public safety. In contrast, a Boudin victory in November will continue the public safety issues that put the mayor’s own re-election at risk..