Where is SF’s Tenderloin? 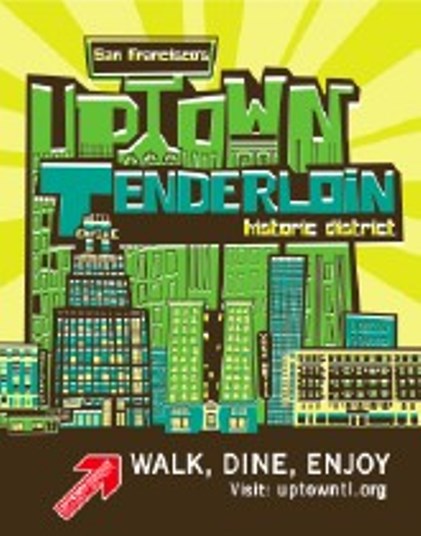 The San Francisco Chronicle wrote last week about an armed robbery incident inside a stereo store at 1080 Market Street in San Francisco. Although this address is solidly in the Mid-Market neighborhood, the violent episode was placed in “the Tenderloin.”

The previous week the paper joined other media in covering the opening of Arsicault. a hot new bakery at 83 McAllister Street. In 2018 SF Eater described the bakery’s plans as expanding “to downtown” into a new “Civic Center outpost.” The January 20, 2020 SF Chronicle story also put the new bakery in “Civic Center.”

If the media locates a hot new McAllister Street bakery in “Civic Center,” crimes on that street should not be placed in “the Tenderloin.” That stretch is part of the historic Tenderloin but if it’s going to become Civic Center for positive developments there needs to be consistency.

I have no complaint about the local media’s overall coverage of the Tenderloin. The San Francisco Chronicle’s overall Tenderloin coverage is now outstanding and all media is doing a better job than in the past.

But when I see a Mid-Market incident wrongly placed by a veteran reporter (or their editor) in the Tenderloin, it says to me a refresher course on the neighborhood’s boundaries is needed.

As I describe in The Tenderloin: Sex, Crime and Resistance in the Heart of San Francisco, from 1907 into the 1970’s the Tenderloin was bounded by Powell, Post, McAllister and west of Polk Street. Tourist development between Mason and Powell shifted those blocks to Union Square by the mid-1980’s.

Federal guidelines for the distribution of anti-poverty and community development funds included the Tenderloin in a larger “North of Market Strategy Area.” This Area went as far west as Van Ness, but those areas west of Polk were never part of the Tenderloin.

The widely understood neighborhood boundaries were incorporated in the Uptown Tenderloin National Historic District, which covers nearly 32 blocks. The only reason Post Street between Taylor and Polk is not in the Uptown Tenderloin Historic District is that another historic district claimed the area first. But Post Street’s mixture of SRO hotels and apartments is architecturally more consistent with the Tenderloin than Sutter Street to the north.

My 2011 article, “Linked Fortunes: Mid-Market and the Uptown Tenderloin,” shows the long historical connection between the two neighborhoods. But Market Street, Polk Street and UN Plaza have never been considered part of the Tenderloin (the new bakery has a McAllister Street, not UN Plaza, address).

In 2015, former Chief Greg Suhr created a new Tenderloin police district that has worsened public safety in the neighborhood ever since. Suhr traded a district set up specifically to protect the Tenderloin neighborhood into one where most Station resources would go outside the Tenderloin. The new district also threw every crime in Mid-Market, Westfield Center, Sixth Street, UN Plaza into the Tenderloin Station.

Why does it matter? Because wrongly shoving crimes into the Tenderloin makes the neighborhood appear far more crime-ridden that it is. And makes it easier for the SFPD to justify maintaining the Tenderloin as a drug dealer/user containment zone because, after all, that’s where the crimes are supposedly occurring anyway.

As I recently wrote, new restaurants, housing and other projects has the Tenderloin poised for a breakthrough in 2020. Honoring the neighborhood’s actual borders in reporting crimes helps in this goal, and puts more pressure on the top police brass to provide resources to the actual Tenderloin community.