When Will San Francisco Really Reopen? 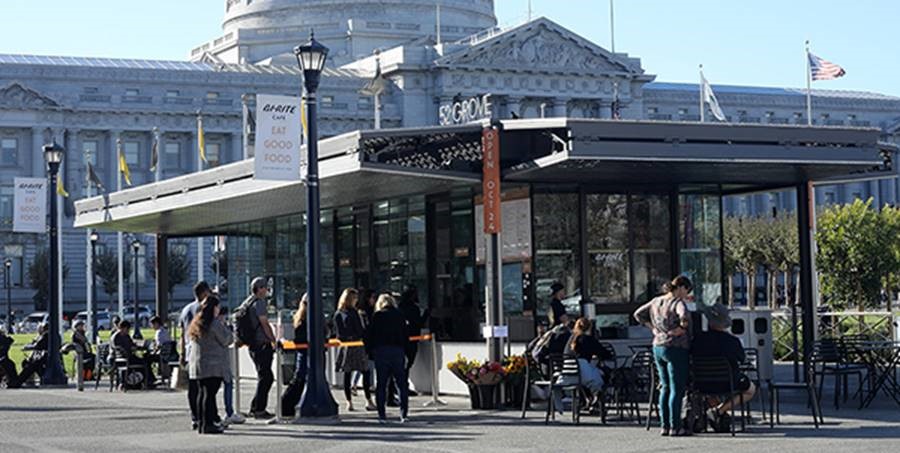 Civic Center's once thriving Bi-Rite has closed for good

If you visit San Francisco’s Civic Center, Mid-Market or downtown, you might wonder whether you only imagined Governor Newsom’s June 15 announcement “reopening” California. These virtual ghost neighborhoods still await the return of the workers who are a key customer base for surrounding restaurants, bars and retail establishments.

While Mayor Breed has reopened City Hall, the two state buildings along with the massive Phillip Burton Federal Building have few people going in and out. This kills the economic life in or around the Civic Center.

I understand that the absence of downtown workers is a private business decision. But until these offices open the ground floor retail will remain closed and a ghost town feeling will remain.

State and federal workers are the lifeblood for restaurants in the nearby Tenderloin, Civic Center and Mid-Market. Does anyone know when they will return?

Many small businesses got tired of the uncertainty and have given up. I was saddened to learn that the much-loved Bi-Rite Café in Civic Center Park has permanently closed (the cafe will be run by another business). I don’t know the specific reason but it can’t help that Civic Center remains vacant despite City Hall’s reopening (City Hall does not have that many workers even when full and the reopening seems primarily for weddings).

Most of the restaurants on Larkin across from the Federal Building and in Little Saigon remain temporarily or permanently closed. Federal and state workers are the lifeblood of lunch businesses in both areas.

Businesses won’t plan to reopen until they know when their customer base will return. That’s why it’s imperative for Governor Newsom and President Biden to announce a full reopening schedule out for San Francisco’s state and federal buildings.

Many believe San Francisco’s real reopening will occur in September. That’s after kids have returned to school. If so, it would be helpful if federal, state and large private employers let the public—and particularly our small businesses—know this schedule.

The convention business’s absence in 2021 makes it even more imperative for government institutions located in San Francisco to reopen. This is particularly essential for the Tenderloin, which is still undergoing the nation’s worst level of open sidewalk drug dealing.

Many Tenderloin restaurants remain closed due to the lack of their government worker customer base.  Some major new restaurants planned for the Tenderloin cannot open because drug dealers dominate their block. Fortunately, the state’s Hastings College of the Law will fully reopen in mid-August. The return of both fulltime residents, staff and students will bring badly needed restaurant and cafe customers into the neighborhood.

Announcing a timeline for fully reopening government offices cannot happen soon enough. San Francisco is doing a lot to help small businesses during the pandemic, but the mystery of state and federal openings is setting many of these businesses back.