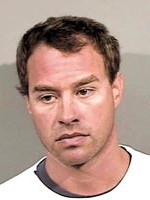 Pending further legal maneuvers, Jerry Sandusky will go on trial in May on charges that he raped many boys through his connections as a Penn State football assistant coach and head of the Second Mile charity for at-risk youth. The next month, USA Swimming, the sport’s national governing body, will hold the 2012 Olympic team trials.

If you’re wondering why I connect these two items, then you suffer from a danger to the safety of our children just a notch below sex offenders themselves. That danger is lack of institutional memory, whether accidental or willful. Let me help you out.

Two years ago a former Cal backstroker named Jesse Stovall, who later was head coach of a USA Swimming-sanctioned youth team out of Berkeley and then San Pablo, pleaded no contest to charges of statutory rape of a teen swimmer he had chaperoned at an out-of-town meet.

Stovall had been arrested on Sproul Plaza a year earlier on a fugitive warrant from Florida. Just prior to the plea bargain, on the eve of his scheduled trial, I was the main source for an East Bay Express cover story laying bare this scandal (one of my kids – not the victim – had been on Stovall’s team.)

Neither I nor the Express writer, Kathleen Richards, was aware until days before publication that the Stovall story was part of a nationwide scandal, which ABC’s 20/20 was about to break. Numerous civil lawsuits across the country in recent years allege sexual abuse by dozens of USA Swimming club coaches.

A significant cluster of the cases are in the Bay Area and are being represented by San Jose attorney Robert Allard, who heads a group he calls Lawyers Against the Sex Abuse of Children. Three months prior to Stovall’s plea, a prominent South Bay coach, Andrew King, was sentenced to 40 years on molestation counts dating back as long as a quarter of a century.

Chuck Wielgus, the executive director of USA Swimming, based in Colorado, could hardly have done a worse job in his 20/20 confrontation. When asked whether he would like to offer an apology to victims of sex abuse, he declined.

Wielgus did a little better two days later in an open letter to the swimming community. “There are pieces” of the 20/20 interview “I’d like to have back,” he wrote in part. “As a father myself, it breaks my heart to know that there are children out there who have been taken advantage of by their coaches or others in positions of trust. It reminded me to sit down with my daughters and have a very frank but very important discussion about boundaries and appropriate behavior. I also am extremely sorry if our organization has not done enough to provide the highest level of child protection safeguards and guidelines. We cannot shy away from this issue.”

USA Swimming began publishing a toughened coaches’ conduct code and a list of the coaches who have been expelled for violations. In January of this year, the organization changed the name of its “Athlete Protection Program” to “Safe Sport Program” to conform with verbiage handed down by the U.S. Olympic Committee. The program emphasizes a shift “from a reactive mode to a proactive and preventative approach.”

Jesse Stovall is one 59 swimming coaches listed as “permanently suspended or ineligible.” The list is viewable at http://www.usaswimming.org/ViewMiscArticle.aspx?TabId=1963&Alias=Rainbow&Lang=en&mid=10011&ItemId=5107.

What motivated me to get the East Bay Express to write about our local swimming child sex offense, and what continues to motivate me in writing this piece, is my desire not just for reporting, but for redundant reporting and follow-up.

Days prior to his recent death, Penn State’s Joe Paterno made the absurd claim that the charges against his long-time assistant Sandusky confused him, Paterno, because at age 85 he was unfamiliar with the concept of “rape and a man.” This from a publicly famous Catholic whose church was enduring a long-running front-page scandal involving abuse by many of its priests during the precise period when former Penn State employee Sandusky was being allowed free rein on campus, including the locker rooms and showers of its football facility. (An NBC report over the weekend adds to the evidence that Penn State had been alerted to Sandusky’s pedophilia at least as early as 1998.)

Hypocrisy and denial aside, there is a compelling need to report the USA Swimming stories more than once and in more than one news organ. Sexual predators often move to different states and different youth sports programs. An important corollary of “more is more” coverage is that it maximizes transparency and reduces stigma, giving other victims incentive to come forward.

As I told Wielgus in a detailed email exchange, I believe new suspensions should be individually announced in addition to simply being added to the online list. “You raise an interesting point,” Wielgus responded.

Attorney Allard, whose public comments are limited by the fact that he is still managing many lawsuits, maintains that the problem at USA Swimming is at the very top and that the announced reforms of the last two years are window dressing. He cites two anecdotes.

In the first, in 2010, parents Jeff and Cary Renwick learned that a coach recently hired at their team in Colorado had posted sexually explicit images and language on his MySpace page. When the Renwicks complained to the club’s board, their membership was revoked. When the Renwicks relocated to a nearby swim club, their old team announced that it was boycotting any swim meet in which the Renwick children were involved.

USA Swimming then told the family that it did not get involved in matters of “local governance” and that the coach’s actions were “probably not” a conduct code violation. Last April, Wielgus emailed this advice to the Renwicks: “Do nothing and focus on a positive relationship with your children’s new team.”

Though no police report was ever filed in the matter (despite an assertion to the contrary by the club president), both the Bursch boy and his sister were kicked off the team. Ms. Busch complained to Colorado Springs. She was told that USA Swimming had no jurisdiction in the matter.

It’s pretty obvious that if the swimming authority does nothing, in actual documented scenarios, to protect accusers from opaque, frat-house-level blackballing, then the purported reforms of the last two years approach meaninglessness.

I forwarded Allard’s allegations to Wielgus. If the USA Swimming executive director replies, I will let you know.