What the Sale of KBLX Could Mean 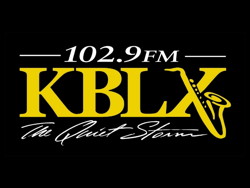 Several weeks ago the rumors were confirmed when it was announced that KBLX-FM, the Bay Area’s only Black owned commercial station, and one of a handful of Black owned radio stations in the United States, had been sold to Pennsylvania based Entercom, one of the four top major players in the radio business along with Clear Channel, Cumulus, and Cidital.

The sale worried Shelly Tatum. Tatum is a music promoter and like many other people in they Bay Area, he was concerned about reports that Entercom would change KBLX’s unique “Quiet Storm” format of playing contemporary African American artists like Luther Vandross and Sade. Tatum was so worried that he distributed an online petition created by Darla Neal (who also created a Facebook page dedicated to “save” KBLX) to retain the Quiet Storm format.

When it was comfirmed that indeed that KBLX had been sold as part of the breakup of the bankrupt Inner City chain of radio stations, KBLX’s new owners, Pennsylvania based Entercom said “nothing to fear,” Entercom officials had apparently been notified of Darla Neal’s Facebook page and issued assurances Entercom would continue the Quiet Storm format and KBLX’s tradition of public service to the Bay Area’s African American community.

Entercom CEO David Field issued a statement stating that Entercom had no plans to change what he called “KBLX’s successful Urban Contemporary” format. Reassured that the KBLX ownership change would turn KBLX overnight turning into a country western or religious station, Shelly shut down the “Save KBLX” petition drive, convinced that “The Quiet Storm” would remain on Bay Area airways.

Tatum might want to revive that petition since Entercom this week announced the firing of popular longtime KBLX morning show host “Your Cousin” Kevin Brown, to be replaced starting next Monday May 7 with the syndicated Steve Harvey Show from New York City. True to the formula of most ownership changes, Entercom management is cleaning house and letting go other popular KBLX DJs

The move to fire Brown, who was the voice and face of KBLX reinforces fears by Tatum and many others that Entercom is not totally committed to keeping KBLX’s current format. The Bay Area has been the graveyard for attempts by other companies to air recorded syndicated African American morning shows on San Francisco radio stations.

The primary reason attempts to market syndicated Black morning shows have not worked in the Bay Area has been because of anger and frustrations by Bay Area listeners unable to interact with contests and phone calls during the morning shows. During Joyner’s brief tenure on Bay Area radio listeners tuned out in droves once they discovered the the show was on a 2-3 hour tape delay.

Most listeners of African American morning shows live East of Dallas and in the Southern part of the nation and the majority of subjects discussed on these shows focus on events happening in that part of the country. Interviews with African American morning shows are usually conducted with people living in or visiting the Eastern or Midwest time zone unless producers of these programs can persuade a celebrity or newsmaker on the West Coast to conduct a 3 or 4 AM Pacific time interview.

KBLX listeners, particularly African Americans, have expressed their dismay and anger about the firing of Brown and other KBLX on-air staff on the station’s official website and on the KBLX Facebook Page. While many of these listeners are tuned into KBLX whenever they listen to radio, are large number of listeners only tune into KBLX for the Kevin Brown Morning Show. These listeners say while they like Steve Harvey as a comedian, writer and film producer, they are not fans of his morning show format of tomfoolery and are looking for a new morning drive station.

Radio insiders are scratching their heads on why Entercom is bringing on Harvey into a market with a strong emphasis on local hosts and an insistence on live syndicated programming. If African American KBLX listeners abandon the station the way African American listeners in the past have rejected other African American tape delayed syndicated programming, the resulting ratings drop could justify Entercom eventually changing the station’s format without the negative fallout Cumulus is still facing over its decision to fire popular KGO’s talkshow hosts and to change KGO’s popular newstalk format with an all news format.

Who are the big winners in this move? The big winner will be Renel Brooks-Moon, hosts of Mornings with Renel on 98.1 KISS-FM. Renel and Brown competed head to head for the advertiser rich over 30 year-old Urban Market. Renel is immensely popular not only for her day job hosting her radio show, but her other job as the San Francisco Giants announcer at AT&T Park. Renel’s ratings will like boost as she inherits the Kevin Brown morning show audience looking to hear discussions about what’s going on here in the Bay Area, something that Steve Harvey won’t be able to do from New York City.

The big losers are music promoters like Shelly Tatum. Local and national PR agents and music promoters over the years have used Brown’s show to promote movies, books, plays and concerts targeted toward African Americans. For many artists Kevin Brown’s morning show was the only commercial station where they can be interview about their past history, current projects and upcoming Bay Area concert dates.

While Harvey might be able to promote the hottest artists doing national tours on his radio, Harvey would not spend much, if any time talking about events Brown hosted or supported like the Oakland Holiday Parade, the latest exhibits at the Museum of the African Diaspora.and countless other Bay Area community events and non-profit fundraisers Brown hosted.

Harvey is also unlikely going to interview up and coming Bay Area artists. Performers like Mark Curry, En Vogue and Ledesi were interviewed by Brown before they became international superstars.

The promise of the 1996 Telecommunication Act was to bring about more on-air diversity in broadcasting and to increase the number of non-Whites and women owning radio and TV stations. There are less than 200 Black owned commercial radio stations in the United States out of a total of 12,000 commercial stations. The sale of KBLX to Entercom and the firing of Kevin Brown comes as the National Association of Broadcasters seeks further deregulation of the broadcast industry that will allow the major broadcast companies to own even more stations in major markets.